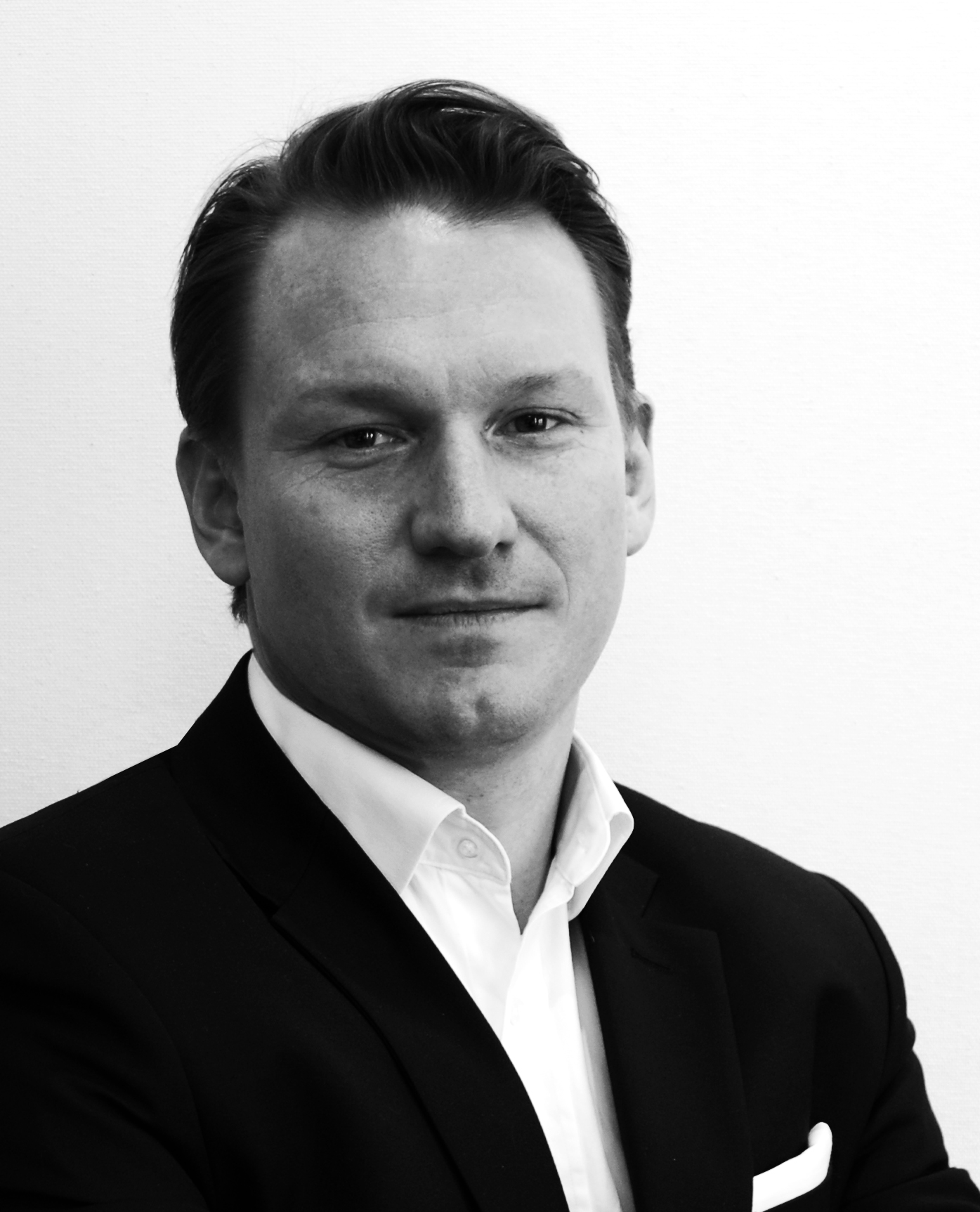 Spencer has experience developing commercial, mixed-use, higher education and cultural projects in the United States and China, most recently serving as a development lead at Ennead Architects and director of business development for RMJM.
Prior to his career in architecture, Spencer worked as a director of fundraising and campaign manager for several senior politicians, including Representative Carolyn B. Maloney of New York.
He received his Master of Architecture from the University of Pennsylvania and his B.A. from New York University.
•••
CetraRuddy announced that Eugene A. Flotteron, AIA, has been named partner.
Flotteron will maintain his role as director of architecture overseeing the management of project process, technical and staff

development, and integration of the architectural and interior design practices.
He will continue as Principal-in-Charge of selected projects, which currently include the Sheffield, the Wyndham Midtown 45 Hotel, and 135 West 52nd Street.
Flotteron has worked with CetraRuddy since 1999, serving first as an associate principal and member of the Executive Committee.
During a short hiatus from the firm, he served as senior vice president and director of project development for Swig Equities.
Flotteron received his bachelor of Architecture at Pratt Institute.
•••
Thornton Tomasetti announced that Gemini Nazareno, CIPE, has rejoined the firm as a vice president in its New York office.
Nazareno, who has more than 25 years of experience in plumbing and fire suppression/protection engineering, is a member of the firm’s MEP team.
A Thornton Tomasetti alum, Nazareno was previously a senior associate and project manager in the Newark, N.J. office where he worked for five years.
Nazareno is certified in plumbing engineering by the American Society of Plumbing Engineers (ASPE), of which he is also a member. Other professional memberships include the National Fire Protection Association, National Fire Sprinkler Association and Filipino-American Association of Engineers.
He holds a bachelor’s degree in civil engineering from the University of Santo Tomas in Manila, Philippines.
•••
Perkins Eastman announced that Nicolas Ryan AIA, LEED AP, has joined the firm as an associate principal in its New York office.
Ryan’s expertise spans more than 16 years and multiple areas of design and project leadership.
He will be playing a leadership role on the New York Wheel development in the St. George neighborhood of Staten Island, which includes the 100,000 s/f Terminal Building.
Ryan’s résumé includes design leadership and realization of projects in New York such as the Jacob K. Javits Convention Center and the Memorial Sloan-Kettering Cancer Center.
He earned his B.Arch with Distinction from McGill University’s School of Architecture in Montreal, and his Master of Science in Advanced Architectural Design from Columbia University’s Graduate School of Architecture, Planning and Preservation.
He has taught architectural design as an Adjunct Assistant Professor of Architecture at New York Institute of Technology (NYIT) and Rensselaer Polytechnic Institute. He is a visiting critic at NYIT, Parsons The New School for Design, McGill University, and Columbia University.
•••
Wayne Cobleigh, CPSM manager of project development for GZA GeoEnvironmental Inc., has been appointed to the Connecticut Green Building Council (CTGBC) Board of Directors for a three year term.
Cobleigh maintains client relations for GZA within the real estate, energy water resources, infrastructure and buildings practice areas.
At GZA, he builds multi-firm project teams and develops strategic alliances with architects, engineers, attorneys, regulators, construction professionals and other consultants in the design, renovation and construction of buildings and infrastructure.
e has over 30 years of project management, marketing and business development experience in the environmental services industry in Connecticut. H
Cobleigh has a B.A. degree in Environmental Science and Biology from Colby College and received his M.B.A. in Marketing with University of Phoenix Online in 2008 with honors.
•••
Crystal Window & Door Systems announced that Steve Chen, the company’s executive vice president, will also assume the title of chief operating officer (COO).

This promotion reflects Chen’s expanded role, directing critical operations of the company.
Crystal founder and president Thomas Chen assumes the title of chief executive officer (CEO).
Since joining the company’s executive ranks in 2005, Steve Chen has expanded his scope of responsibility for the general operations of the company.
In addition to running all the New York-based main production and headquarters operations, Chen directs Crystal’s branch offices and national sales organization, and provides oversight for the window and door production facility in Chicago.
He is also president of Crystal Extrusions, the company’s wholly owned aluminum extrusion subsidiary, and he co-ordinates operations with an affiliated manufacturer in California.
•••
Racanelli Construction Company, Inc. announced that William Hahn has joined the firm as an assistant project manager.
Prior to joining Racanelli, Hahn served as an assistant project manager with J. Kokolakis Contracting, Inc.
He also was an assistant estimator for a company specializing in mechanical and plumbing estimating and assisting other estimating departments as well as the procurement department.
Hahn’s construction experience also includes his role as an assistant estimator with Judlau Contracting Corp. and assistant to the field superintendent with DeMatteis Construction Corp. .
He holds a Bachelor of Science in Business Management from Bucknell University. He holds the OSHA 10 certification.
•••
Racanelli Construction Company, Inc. announced that Francois Williams has joined the company as an assistant estimator.
Reviously, Williams served in two concurrent roles: as vice president of operations for F.J.W.Inc. and chief executive officer of Worldwide Caulking Inc.
In these positions, he managed many large projects including the New York Police Academy in Flushing, NY and the Delta Airlines Terminal at JFK International Airport.
Williams also served as a construction laborer and foreman, Local 741 with Weddle Brother Construction
He was as a Weapons Officer with the U.S. Coast Guard.
•••
Leggette, Brashears & Graham, Inc. (LBG), a professional groundwater and environmental engineering services firm, has named Sean Groszkowski, CPG, an associate vice president.
Groszkowski specializes in management of inactive hazardous waste and site remediation under the New York State Brownfield Cleanups Program (BCP).
He holds a B.A. degree in geosciences, from Franklin & Marshall College. He is a Certified Professional Geologist with the American Institute of Professional Geologists.
•••
The Building Trades Employers’ Association (BTEA) announced that Charles Avolio, vice president of Turner Construction Company, and Michael Russo, chief executive officer of Fresh Meadow Mechanical Corp., have been elected by the association’s Board of Governors to serve as Co-Chairmen for 2014.

Charles D. Avolio has over 28 years of extensive experience in the construction industry, all of which he gained while working at Turner’s New York office.
His responsibilities at Turner include oversight of all project operations, site safety, personnel, risk management and labor relations.
He is principal-in-charge for several of Turner’s major projects including 2 World Trade Center, the New York City Police Academy, and New York Presbyterian Hospital.
Michael Russohas played an instrumental role in Fresh Meadow Mechanical Corp.’s most notable projects, including a steam utility project at 1 World Trade Center and the installation of mechanical systems at the Weill Cornell Medical Center and Brooklyn Bridge Park.

He is a partner at AMF Associates, a commercial real estate firm, and the president and director of operations of Northeastern Aviation Corp., an aircraft charter and management firm.