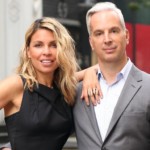 The Corcoran Group announced that the top-producing Saez+Fromm Team, led by Claudia Saez-Fromm and Mark David Fromm, have joined the firm’s Chelsea/Flatiron office. Corcoran President and CEO, Pamela Liebman made the announcement. Also joining Corcoran as part of the Saez+Fromm Team are Ned Hudson, Viviane Giraldi and Sarah Jackson.
Claudia and Mark join Corcoran from Town Residential, where they have been top producers since 2013. Prior to joining Town, the duo spent a decade at the helm of a boutique real estate firm that they founded and grew to over 100 agents, completing nearly 10,000 transactions. In their five years at Town, the Saez+Fromm Team closed over $250 million in sales and were consistently in the top five agents of the firm.
The Saez-Fromm Team has a remarkably diverse range of experience in New York City real estate, having owned their own firm that focused on high-end rentals as well as investment sales, cultivating great success in a resale business, and also working on Downtown new developments, including 53 Greene, 52 Wooster and 88 Clinton, among others.
The duo lives in Tribeca with their two children, and are passionate about food, fitness and their Downtown community, where they have conducted a majority of their business throughout their over 30 years of combined experience. Claudia also has a lifestyle blog that features real estate mixed with New York City culture.
● ● ●
Danny Nassi announced the launch of the Nassi Team at Nest Seekers International.
Nassi, a licensed associate broker, joined the NYC real estate industry at age 19, and has been a part of it ever since as an investor, principal, property manager – in commercial, retail, residential, development and property management, from co-owning and managing more than 100 residential units in the city, to developing franchises in Florida and communities of investors in multiple states.
Nassi chose these agents for his team: 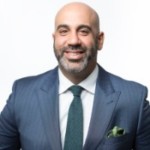 Manhattan native and former Wall Streeter, Matthew Melinger has an unparalleled reputation for his market knowledge, trendspotting abilities, and drive. And in the last year alone, his 40-agent team completed over 1,000 transactions and $90M in sales. Matthew brings his expertise in deal making, home-grown network, and Wall Street pedigree to the Nassi Team.
Farbod Yarahmadi is well-versed in assisting buyers, sellers, and investors. Farbod is a graduate in biomedical engineering, co-owner of a franchise, and property owner in New York and New Jersey. He understands that real estate is both a financial and emotional decision.
Charlett Stevenson is a proven successful broker in Manhattan over the last several years and over the last year alone she transacted over $40M in deals. Charlett was a Division 1 athlete at the University of Richmond and graduated with degrees in both Finance and Marketing through Business Administration.
Carisa Dimino was a Design Operations Sr. Coordinator at Victoria’s Secret Design Studio. She provided the design team with calendar and process, budget planning, financial analysis, managed and tracked invoices, identified problems and found creative solutions during short term situations.
● ● ●
Leading Real Estate Companies of the World  announced that Pam O’Connor will leave her position as president and CEO, effective March 31. O’Connor, who has been at the helm of the company since its founding in 1997, is stepping down with plans to remain active in the industry in a consultative capacity, including joining the Leading Real Estate Companies of the World  (LeadingRE) Board of Directors for the coming year.
Paul Boomsma, who currently serves a dual role as LeadingRE chief operating officer and president of Luxury Portfolio International, will assume responsibilities as president and CEO upon O’Connor’s retirement.
O’Connor began her career in the promotion department of WSB Television in Atlanta and later co-owned Bryson-O’Connor Public Relations in Atlanta, but her professional focus has long been in the real estate industry. The first woman executive to head a major real estate network in 1985, her experience managing real estate and relocation organizations extends back 30 years to prior
O’Connor’s personal and professional contributions will be celebrated during LeadingRE’s upcoming conference, taking place January 31-February 2 at Wynn Las Vegas.
● ● ●
The Hudson Gateway Association of Realtors welcomes Barry Kramer, co-owner of Westchester Choice Realty, Inc. in Scarsdale as its President for 2018.
Renee Zurlo, associate broker with BHG Rand Realty in Central Valley, was re-elected as the 2018 President of the Hudson Gateway Multiple Listing Service (HGMLS). Zurlo has served as the HGMLS president for the past two years.
Kramer and Zurlo, along with the executive officers and directors of HGAR and HGMLS, were officially installed in their new positions at the Scarsdale Golf Club in Hartsdale on January 18. More than 250 people from the lower Hudson Valley attended.
Kramer has been working in real estate since 1997, when he joined an independent real estate office in Scarsdale as a salesperson. In 2008, he opened Westchester Choice Realty in Eastchester with his husband, and co-owner, John Crittenden. In 2016, they opened their second office in Hartsdale.
As an avid volunteer, Kramer has been involved in many HGAR committees, and has also served in various capacities at the New York State Association of REALTORS® (NYSAR). He is a board member of Westchester Residential Opportunities and the past chairman of the Westchester County Human Rights Commission. He grew up in Waterbury, CT, and earned undergraduate degrees from the University of Connecticut, plus an MBA from Iona College in New Rochelle. Kramer was also recently honored as HGAR’s 2017 “Realtor of the Year.”
Zurlo started her real estate career in 1994 as a licensed salesperson and soon after moved into management and training. As a Regional Manager for Better Homes and Gardens Rand Realty and in managing the Central Valley office, she utilizes her many years of training and coaching experience to support and lead her managers and associates. She also serves on the HGAR Professional Standards Committee and is a director for both the New York State and National Association of REALTORS®. Zurlo is a NYS Approved Real Estate Instructor teaching on various levels for Better Homes and Gardens Rand Realty and HGAR.
● ● ●
Douglas Elliman Real Estate announced that Bill Begert has joined the firm as Chief Operating Officer (COO) of the Western Region. In this role, Begert will oversee the company’s day-to-day operations in both California and Colorado.
Mr. Begert comes to Douglas Elliman from The Corcoran Group, where he served in numerous roles on the management team over the course of his nearly twenty-year tenure, including Director of Corporate Affairs, and most recently, Vice President of Field Operations.
He worked for two of the world’s most significant private contemporary collections – first as a curator for the Peter Norton Family in Santa Monica, CA, and later as director at the Rubell Family Collection in Miami.
The son of an Air Force general military child who has lived in a dozen states, Mr. Begert was born at Dover Air Force Base, Delaware and studied art history at The College of William and Mary and the University of California, Los Angeles. When not at work, he can be found pursuing his interests in contemporary art, cinema, tennis, and tournament bridge.
● ● ●
Stribling & Associates announced that Jonathan de Guzman has returned to the firm as the Director of Training and Innovation. In his new role, Jonathan will provide agents with tutorials on the latest technologies to increase business, drive leads, and communicate with their client networks. 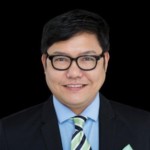 In addition to providing group and individual training sessions, Jonathan will work closely with Stribling’s Information Technology department to implement new products to benefit Stribling agents and their clients across traditional and digital platforms. Previously, Jonathan was the Associate Director of Helpdesk Services at Stribling before briefly joining another top New York brokerage where he was the Director of Information Services.
Jonathan has been in the real estate listings and technology sector for nearly two decades. Prior to that, he worked for a manufacturing/technology firm in Japan. He holds a Bachelor’s Degree in Electronics & Communications in Engineering.
● ● ●
Douglas Elliman Real Estate announced that Scott Elwell has been named senior executive regional manager, leading the company’s six offices in its Westchester and Connecticut regions. He is assuming this new leadership position as the firm continues its expansion into both Westchester and Connecticut.
Elwell has spent his entire career in the real estate industry. Before residential sales, he spent five years in residential lending and four years in real estate investment management at Clarion Partners, where he was involved in the acquisition, disposition, and management of portfolios of shopping centers, offices, and hotel properties.
Scott joins regional director of sales for Westchester and Connecticut, Robin Friedman, as well as Westchester executive sales managers Louise Colonna, Michael Fitzgibbon and Paul Tollefson in overseeing sales and business development in these regions.
An alumnus of Trinity College in Hartford, CT, and an MBA with a concentration in Real Estate from the University of Wisconsin-Madison, Elwell offers an educational background and perspective shared by few in the field. Elwell is an accomplished sailor and a marathon runner. He worked for an America’s Cup syndicate in the 2000 Cup in New Zealand and he is a member of the New York Yacht Club, The Stanwich Club and the Wisconsin Real Estate Alumni Association.
● ● ●
Laurie Silverman has joined the Sotheby’s International Realty – Downtown brokerage. 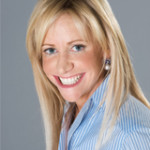 Silverman was previously one of Halstead’s top producers, consistently ranked within the top 3 agents in the Halstead Downtown offices. Year after year she has been a member of Halstead’s Producer Council, Gold Circle, Platinum Circle and Diamond Club (for sales of $10M and more). Laurie has sold some of the most prestigious properties all over Manhattan.
Since joining the profession in 1999, Laurie has built a wide network of both buyers and sellers with a performance record to match.
She focuses on all ends of the market, from rentals to sales, both small and large, without compromising her attention. With her forward thinking and hands-on approach, she provides her buyers and sellers sound, strategic advice. She possesses an affable personality and is characterized as being patient, honest, attentive and dedicated to her clients, as well as being aggressive in meeting their needs.
In 2015, Laurie joined the board of The Bubble Foundation and is a member of REBNY. Laurie is a graduate of Boston University and currently resides in Greenwich Village.