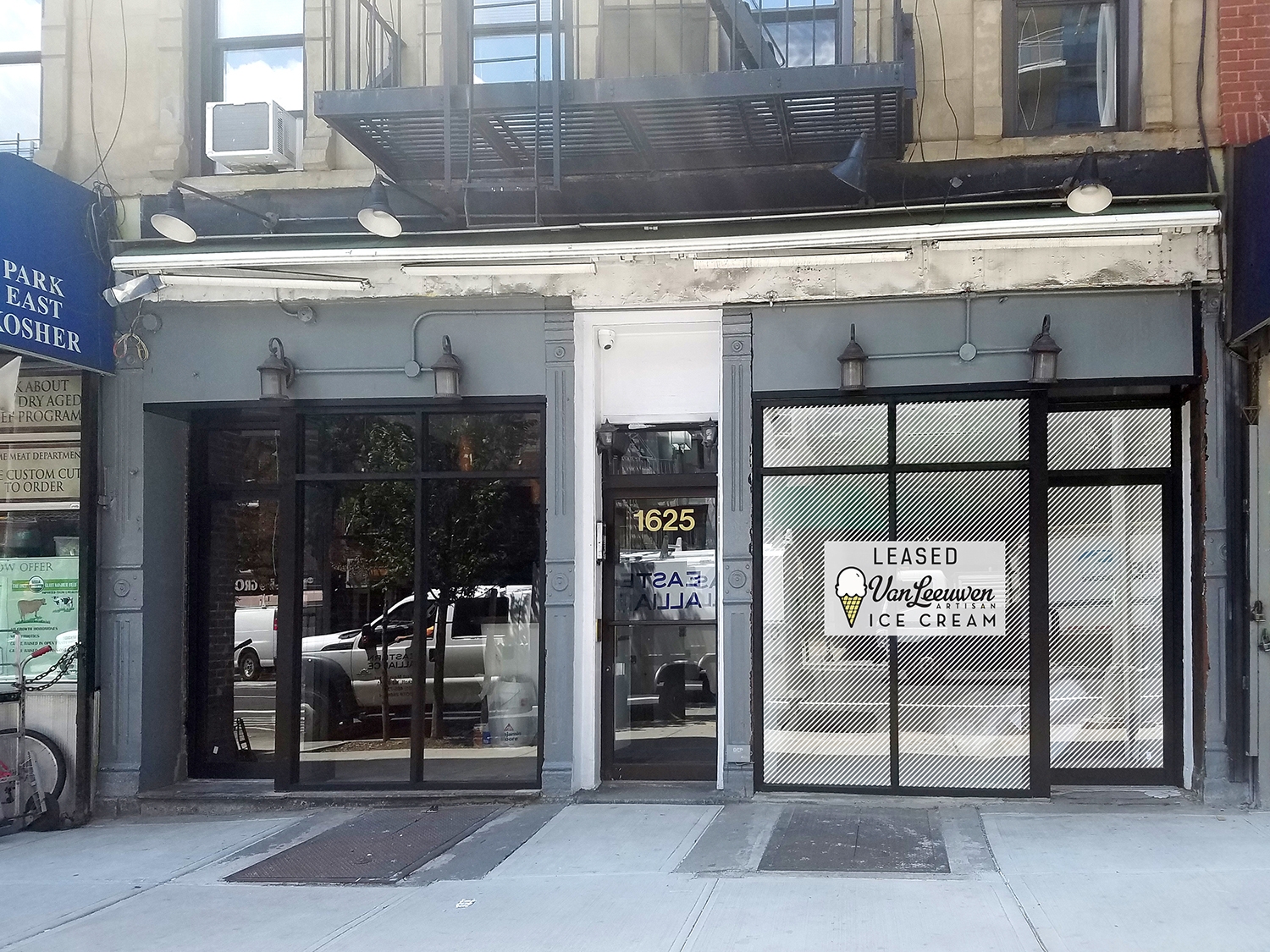 Here’s the scoop: Brooklyn’s favorite craft creamery will set up shop on the Upper East Side this summer.

The 800 s/f storefront is one of several Van Leeuwen retail locations set to open in the coming months, with other spots including 448 Amsterdam Avenue on the Upper West Side, 45 Spring Street in Soho and 550 Vanderbilt Avenue in Prospect Heights.

Churning out tragically hip flavors such as gluten-free Strawberry Hibiscus Cheesecake, Other Half Stout & Cookies (a crossover collaboration with Brooklyn-based Other Half Brewery) and line of plant-based treats such as Vegan Coffee Whiskey Cake Cacao, all made with fresh ingredients in Greenpoint, Van Leeuwen has become a hot commodity and a prime example of the Brooklyn chic appeal that retail landlords covet.

“Brooklyn as a brand is desirable and so are Brooklyn-based tenants,” Jaime Schultz, Managing Director, Lee & Associates NYC, said. “All of the product is made from scratch in Brooklyn’s Greenpoint neighborhood and the attention-to-detail is evident in the lines that stretch out the door at every location that’s opened.”

Based on the brand’s desirability and depressed retail market conditions, Schultz was able to negotiate for concessions at all four new locations, including tenant improvement allowances and/or free rent during build-out periods, according to a spokeswoman from Lee & Associates.

Positioned between 84th and 85th Streets, the Second Avenue location is one block from the Q line, two blocks from the 4, 5 and 6 lines, and near other dining establishments such as Hummus Kitchen, La Pulperia and Elio’s Italian restaurant.

Launched from a yellow ice cream truck in 2008, Van Leeuwen now has 10 brick and mortar locations. In addition to its Greenpoint headquarters, it has shops in Boerum Hill, Williamsburg, the East Village, the West Village, the Lower East Side, South Street Seaport and three outposts in Los Angeles.

Signature flavors, such as Honeycomb, Earl Grey Tea and Chocolate Banana Cream Pie are sold by the pint in 150 stores. The company plans to expand it’s wholesale to 1,000 locations, adding Texas, Florida and the Rocky Mountain region to its distribution network by year’s end.