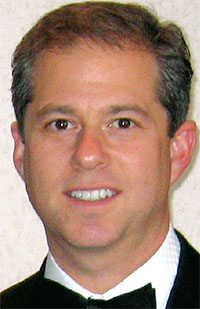 A good way of measuring how the real estate crowdfunding industry has changed in the past months is to count gray hairs.

Last winter, it was hard to find anyone over 40 at the nascent industry’s conferences. Now, a noticeable influx of distinguished real estate executives, along with their firms, is changing the field.

Since its inception, real estate crowdfunding has been dominated by young tech entrepreneurs with lofty visions of democratizing investment and little ties to the industry establishment. This dominance is starting to fray.

This influx raises questions over the future of crowdfunding. Observers have long agreed that most crowdfunding startups will fail, leaving a few big players behind. It suddenly seems possible that these big players won’t be successful startups, but firms that have already been dominating real estate finance for decades.

One distinct advantage established firms have over their startup rivals is scale. “We will raise $12 billion by traditional means this year, are based in Manhattan, and have occupied eight floors of our building,” said Michael Weil, president of RCS Capital Corporation (RCAP).

Weil hopes that these existing structures will help RCAP’s new crowdfunding platform “We R Crowdfunding” – set to launch in September – generate higher returns than its rivals. The platform will also give crowdfunding investors access to RCAP’s 9,200 financial advisors, and real estate is only one of the many asset classes it will offer.

“This was a great time to enter the space and, frankly, to add some structure to something that doesn’t have the typical boundaries our industry is used to,” Weil said, explaining that he currently sees a lack of financial expertise in the somewhat unregulated crowdfunding field.

Scale has become more important as crowdfunding firms have started to look at bigger deals. Initially, startups like iFunding, Fundrise or Patch of Land mainly offered equity investments in single-family homes with a total deal volume of less than $1 million to a large number of retail investors.

But in an attempt to grow their businesses and tap into larger returns, some startups are now looking to partner with institutional investors and high-net-worth people to invest in large commercial buildings or portfolios.

IFunding’s CEO William Skelley told Real Estate Weekly that the firm is shifting its focus from single-family homes to larger commercial buildings, and is offering wealthy family investors the chance to invest a large sum in a portfolio of buildings. The company is now looking to bring in institutional investors – as is California-based crowdfunding startup Patch of Land.

These shifts in strategy mean crowdfunding is becoming a bit more similar to traditional real estate finance, which inevitably gives established firms an advantage. After all, RCS Capital or Carlton already have the strong ties to wealthy families and institutional money that startups are hoping to build, and have an easier time raising large sums of money.

But while scale and connections favor established firms, crowdfunding startups also have lot going for them — for example image.
Startups have the advantage of not being associated with Wall Street, said iFunding’s William Skelley. “It’s very difficult (for established firms) to get traction because of the bad taste people have in their mouths from five or six years ago,” he argued.

Young, middle-class Americans might be more willing to invest through a young startup.

IFunding says it currently has 4,000 investors registered on its site, and it would take a lot of effort for newer entrants to achieve a similar following.

And while RCAP’s platform will offer accredited investors the chance to commit smaller sums of money, Carlton’s platform requires a minimum individual investment of $1 million.

Some mortgage brokerages will also be likely to gear their future platforms to institutional money and wealthy individuals, in effect taking the crowd out of crowdfunding. This means startups are still bound to dominate the market for small-time investors.

“They have worked with institutional money and will continue to do so, so they shouldn’t call it crowdfunding,” he said. “It’s a valid strategy, but is that any different from what they’ve already done?”

Still, if more firms follow RCAP’s lead and build platforms for smaller retail investors, they could pose a serious challenge — not only to startups, but to our understanding of creative destruction.

Crowdfunding pioneers like Skelley see themselves at the forefront of creative destruction — meaning a phase when firms (usually startups) introduce a new technology that ends up transforming an entire industry. The theory of creative destruction argues that established firms tend to have a harder time adapting to the new technology and will go in decline, leaving the field to new players.

In a recent piece in the New Yorker, historian Jill Lepore questioned this assumption, arguing that established firms are more adept at embracing new technology than commonly thought and often survive a wave of technological innovation with their dominance intact.

While economists debate over Lepore’s essay, real estate crowdfunding offers a timely case study. As it stands, its result is still far from certain.

One thing we do know is that crowdfunding is bound to become more important in real estate finance.

Carlton’s COO Kevin Swill expects more real estate finance firms to open crowdfunding platforms in the near future. “I’d rather they didn’t do it and let me be the only one who does it, but I think they will,” he said. “I think it’s like anything else: if something is working everyone will jump on the bandwagon. What’s the downside, really?”

Massey Knakal continues to grow its presence in the Garden State