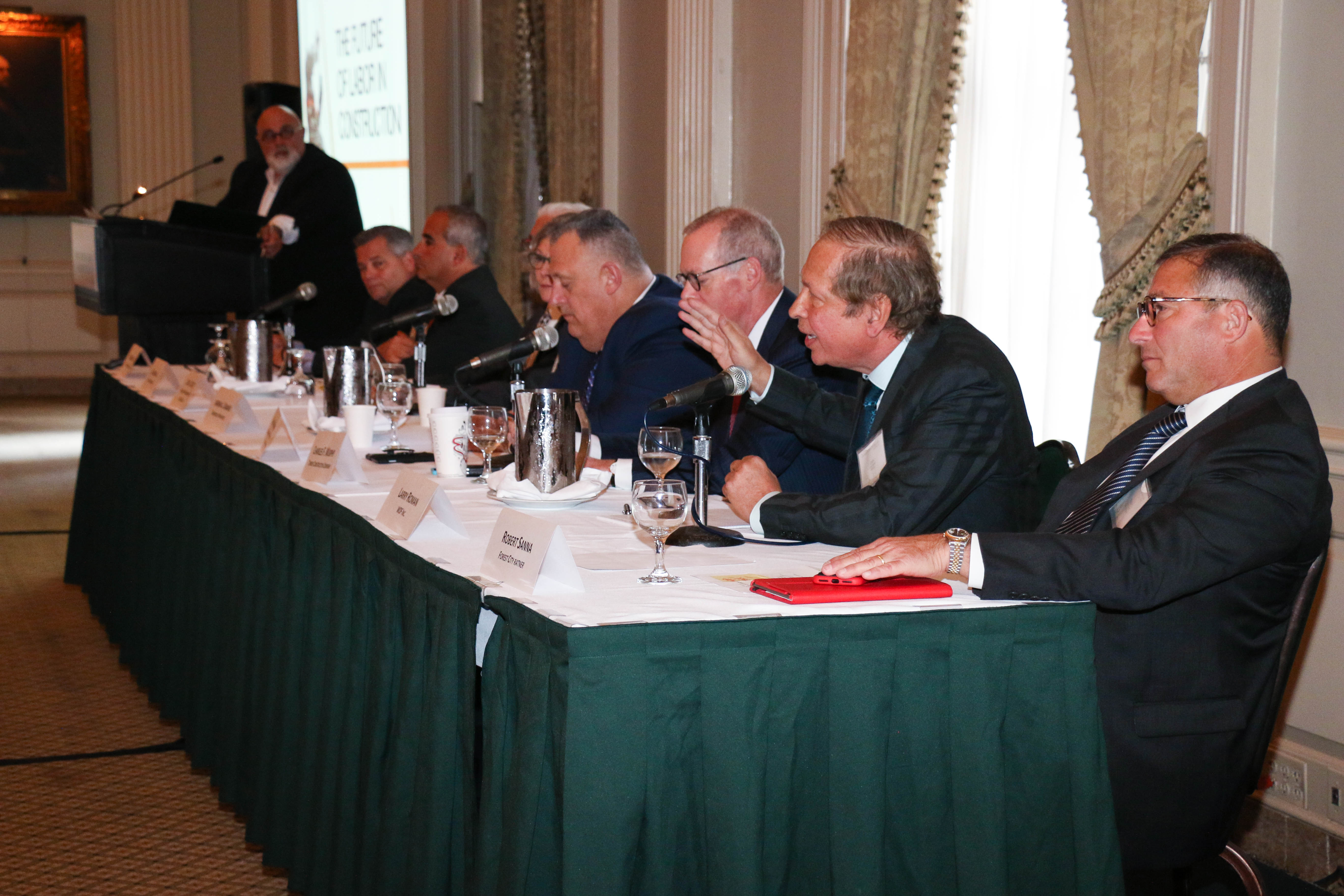 Today, the economy is strong and construction is booming in New York. For the city’s labor unions, that means raising new skyscrapers, rehabilitating the beleaguered subway system and tending to myriad other projects.

However, when the building cycle inevitably turns sour — be it tomorrow, next year or five years from now — it’s unclear how prepared the union workforce is to weather that storm, though two starkly different opinions have arisen.

Gary LaBarbera, president of the Building and Construction Trades Council of Greater New York, is confident unions will continue to deepen their foothold while non-union outfits will be forced to flee the retracting market, thus bucking the national trend toward open-market labor.

“Our trades are having more success in getting into these jobs that are traditionally non-union,” LaBarbera said. “If current trends were to continue, I think there would be very little non-union work in the near future.”

Yet, the city’s developers and construction firms are less bullish on unions. While many companies still count on them for their reliable, highly trained workers, they are prepared to move away from unions in the near future if they can’t bring their operating costs down.

“If things continue as they’re going, we won’t have unions in New York in 10 years,” attorney Michael De Chiara said. “It’ll be like other places in the country, where sometimes you get a good crew and sometimes you don’t.”

At the heart of the issue is the robust residential construction market, which funneled $16 billion into 37,700 new housing units in the city last year, according to a report from the Building Congress of New York. Most of that work was handled by non-union or open shop firms who don’t require their subcontractors to be unionized.

De Chiara sees the residential market as a canary in the coal mine and predicts commercial developers projects will follow suit by turning to non-union workforces en masse if unions can’t deliver more competitive pricing. Meanwhile, LaBarbera sees this as merely the latest chapter in a decades-long narrative: residential developers favor non-union workers to build their less intricate structures at the lowest cost possible.

“I will acknowledge that in the residential sector of the industry, the non-union has always had a presence, not for the last 10 years but for the last 40 years, maybe even longer,” LaBarbera said. “The reality is, there has been a boom in residential construction and I think the market has reached a saturation and we’ll soon see a decline in that sector.”

To this point, the Building Congress estimates residential spending will hit $11.6 million by the end of this year before dropping to $11 million next year and $10.6 million in 2019.

De Chiara, a co-founding partner at Zetlin & De Chiara LLP, hosted a panel discussion Thursday at the Union League Club called “The Future of Labor in Construction.” Its purpose, he explained, was to identify issues with the union labor market and come up with solutions for them.

“[At the moment,] you don’t have to make that many concessions because everyone is hungry for work,” he said during the event. “But long-term, the world is not going be so perfect and now is the time to put in place, you know, techniques, agreements, understandings, change our behaviors, so we can ensure longer term more people will be employed in this town.”

Speakers included union leaders such as LaBarbera, as well as developers, subcontractors and construction managers. While none endorsed the idea of abandoning unions, several panelists conceded that non-union workers seem poised to infiltrate the commercial market.

Robert Sanna, executive vice president and head of construction at Forest City Ratner, the company behind Barclays Center, Pacific Park and other prominent mixed-use projects in Brooklyn, said he knows of at least one developer in the borough that is using open shop firms for a large commercial development.

Sanna said he has witnessed a steady stream of experienced builders from large firms such as Turner Construction Company and AECOM Tishman flow into the open market to start their own, non-union shops that offer cheaper labor accompanied by the guidance of veteran project managers.

“You will see it creep into the commercial work because I, for one, am watching some very, very talented builders in my peer group, let’s call it, opening exclusive open shop firms,” he said during the panel. “I think you will see it because one of the ways to pull that savings out is to create a very, very competitive bid environment.”

Larry Roman, chief operating officer of WDF Inc., one of the city’s leading plumbing and HVAC subcontractors, also believes open shop contractors challenge unions in the commercial sector based on his experience Florida, where he said non-union work has spread “like cancer,” first relegated to residential projects below 14 stories then eventually moving to buildings 40-, 50- and 60-stories tall.
When the residential market weakens, Roman said, the non-union contractors that have flocked to New York will not simply retreat but, instead, shift over to other projects.

“They’re not going to disappear,” he said at the event. “They’re coming in every place, and we should do whatever we can … to keep these people out and to stop them from what they’re doing because they’re taking over our industry.

“As a subcontractor my entire life, I am rooting for the industry 10, 20, 30 [years] from now and I could tell you personally, I am scared for the future of our union subcontractors,” he added. “I’m scared for it.”

Charles F. Murphy, a senior vice president with Turner Construction, echoed what Roman said, adding that his company is already feeling pressure from developers to seek out cost savings by turning to open shop contractors for residential projects. He feels the commercial sector is next.

“They’re looking at every single way [to] cut costs, reduce costs, and if there’s an open shop solution — whether it’s for steel, concrete, exterior wall — they’re looking at that and they’re pushing us to go look at

that,” Murphy said during the panel discussion. “So, to me, it’s only a matter of time.”

Several issues were raised during the panel, ranging from Project Labor Agreements (PLAs) failing to cut developers’ costs and a lack of transparency from subcontractors, to the rising influence of foreign money. However, the discussion yielded little in terms of concrete solutions, with closing remarks focusing on the need for blanket remedies, such as better co-operation and communication.

Louis J. Coletti, president and CEO of the Building Trades Employers’ Association, said developers, contractors, construction managers and unions should not rely on one-shot contracts to fix their problems but should, instead, seek out long-term solutions.

“PLAs were a band-aid approach to deal with a very bad economy,” he said during the event. “[If] you want permanent change it has to be in the collective bargaining agreement.”

Coletti concurred with LaBarbera that the issue of non-union workers is exclusive to residential and interior construction jobs, but he predicted unions would become more competitive on those fronts as collective bargaining agreements catch up to market demands.

During the panel discussion, LaBarbera also raised the point that open shop jobs are not exclusively non-union and, in fact, many union workers end up working on those sites, a fact that he said demonstrates the demand for union workers’ skills and safety training. As various labor groups update their standards, he predicted the numbers will shift further in their favor.

“Trades are one-by-one beginning to gain success through their adjustments and it will come to a point where perhaps 70 or 80 percent on an open shop project will be union trades and 20 percent will be standing outside the gate looking in, and I’ve said this to them, I’ve said it to the industry,” LaBarbera said. “They’re going to have to make a decision.”