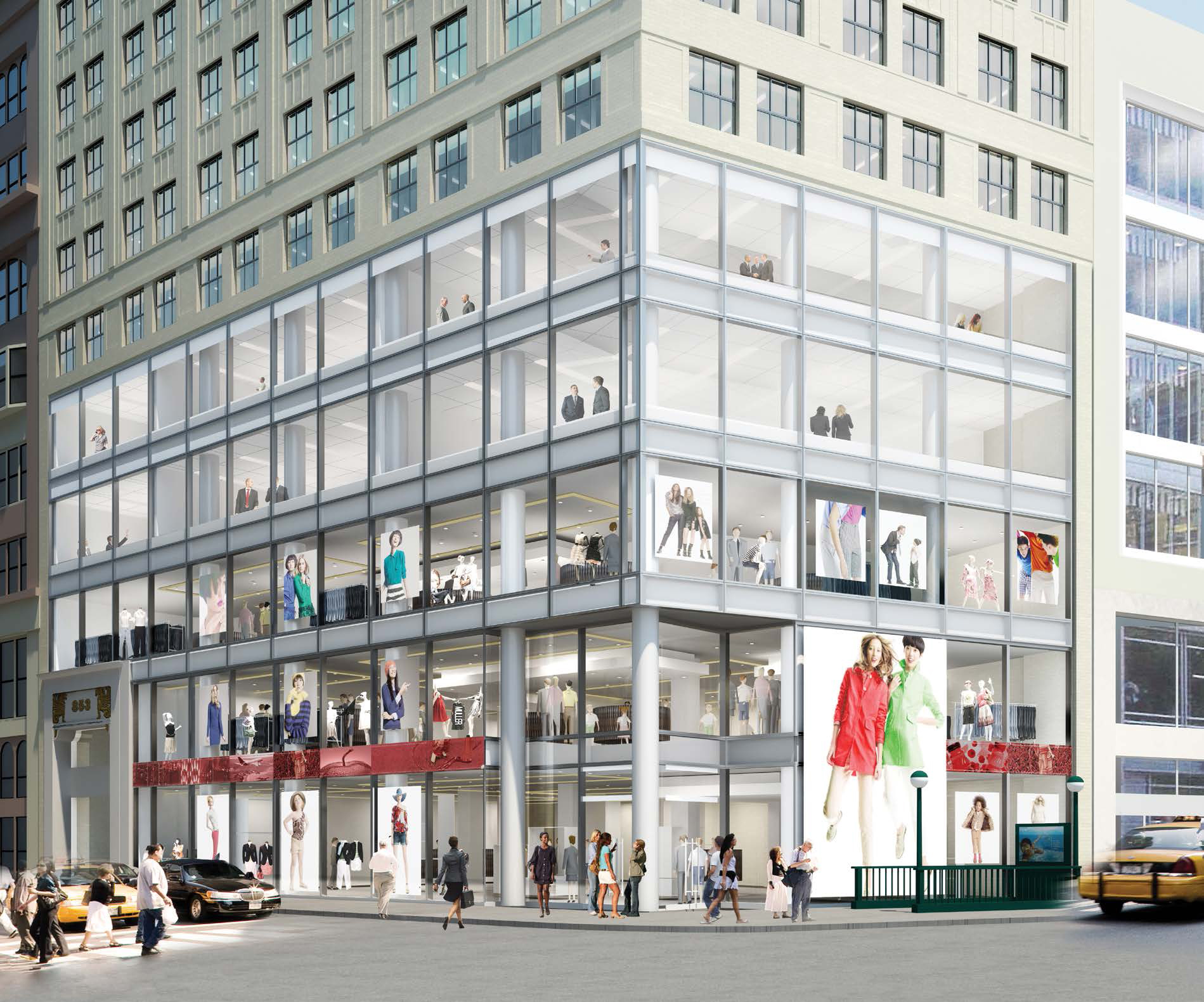 The Union Square neighborhood ended 2013 with a vacancy rate of just 1.2 percent, according to the Union Square Partnership, but the BID wants you to know that there are several opportunities available for retailers to join Whole Foods Market, Paragon Sports, the Blue Fin restaurant, Strand Books, Babies ’R Us and that statue of George Washington on one of the city’s most popular public squares.

“At a moment when retailers may think there are no marquee sites available in Union Square, a few spaces have come online, presenting a chance for retailers to create something unique and iconic in one of the busiest neighborhoods in New York City,” Jennifer Falk, executive director of the partnership, said in a statement.

The retail space at the corner of Broadway and Union Square South, previously occupied by Shoe Mania, is being renovated and will be available for occupancy in May, according to Brian Feil of the Feil organization.

The building is getting a new glass façade, which will be appreciated by retailers and office tenants alike. The fourth floor will remain office space, Feil said, but the second and third floors could be available to a retailer looking for a full 33,000 s/f.

Asking rent is $725 psf for the ground floor, $150 for the mezzanine, $125 for the second floor and $100 for the third and lower floors. “Everybody gives the hype to Times Square and 34th Street and Fifth Avenue, but Union Square is one of the busiest subway stops in Manhattan,” Feil said.

The 2,500 s/f space between American Eagle and The Coffee Shop on Union Square West is asking $450 psf, according to Jared Lack of Newmark Grubb Knight Frank, who is marketing the space.

Because it’s at the base of an NYU dorm, there are some restrictions on the tenants that could go into the space. A clothing store would work, according to Lack, or a restaurant that didn’t serve alcohol.

“We’d love a giant cupcake factory kind of thing, or a candy store,” he said. “We’re not looking for banks or drugstores or bars, which are the easiest targets in that market.”

Heartland Brewery’s former location at 35 Union Square West has 11,500 s/f available on the ground floor, basement and mezzanine level, and — as with the Feil building — the second, third, and fourth floors can be made available for a large retail lease. Joanne Podell’s team at Cushman & Wakefield is marketing the space.

With seven subway lines connecting it directly to four of the five boroughs, a popular farmers’ market, 70,000 residents, 150,000 workers and 40,000 students retail experts say the vacancies won’t be vacant for long.

“Even if it goes up to a five percent vacancy, that’s still a very healthy vacancy rate, and nothing stays empty for long,” said Joseph Aquino of Douglas Elliman’s retail group. “A lot of times the reason these spaces don’t lease overnight is because the landlord is out there kissing a lot of toads until he finds his prince.”