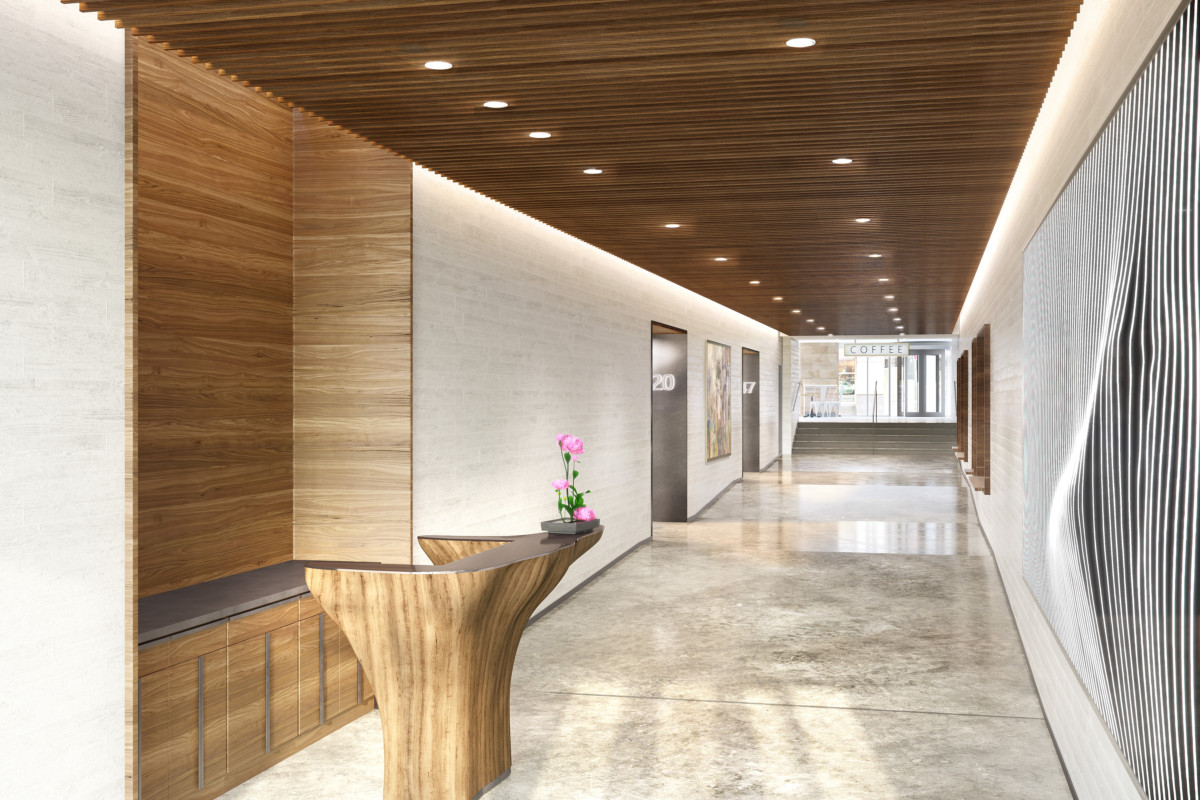 Tribeca Associates unveiled the first phase of its multi-million dollar repositioning program at 30 Broad St. in the Financial District.

As far as the relationship between fine art and commercial building goes, it’s all been done before. Works by top artists like Jeff Koons adorn the lobbies and hallways of buildings in major cities across the country, and some developers have entire programs devoted to procuring art for their properties.

So, when Tribeca Associates began to update its common areas and office spaces, one thing was clear: They didn’t want to bring art into the building just to have art in the building. It had to make sense.

Enter Cuppetelli and Mendoza, the team behind a series of world-renowned interactive light sculptures designed to blur the lines between the physical and the virtual worlds.

The team’s work – which juxtaposes physical lines and projected light to create an ethereal artwork that reacts to the presence and movement of the human body – was a fitting addition to an office building in the midst of a top-to-bottom modernization.

“The very nature of corporate life in 2017 is that there is barely a line between the physical and the digital anymore; advancements in technology have made it so that every industry is dependent in some way,” said Bill Brodsky, founder and managing partner of Tribeca Associates.

“In every aspect of our repositioning program, we’ve worked to create seamless integration opportunities for a variety of technologies, making the office an environment where technology reacts to and works for you, and not the other way around.”

The entire building infrastructure will be modernized and updated to suit the needs of today’s tenants. Office spaces will be updated with new fixtures and fittings – part of a prebuilt program – as they become vacant, and building amenities will be added to a brand-new central amenities suite. The new and improved workspaces make the building especially attractive to creative tenants.

Rebuilding America’s infrastructure is a win for New York