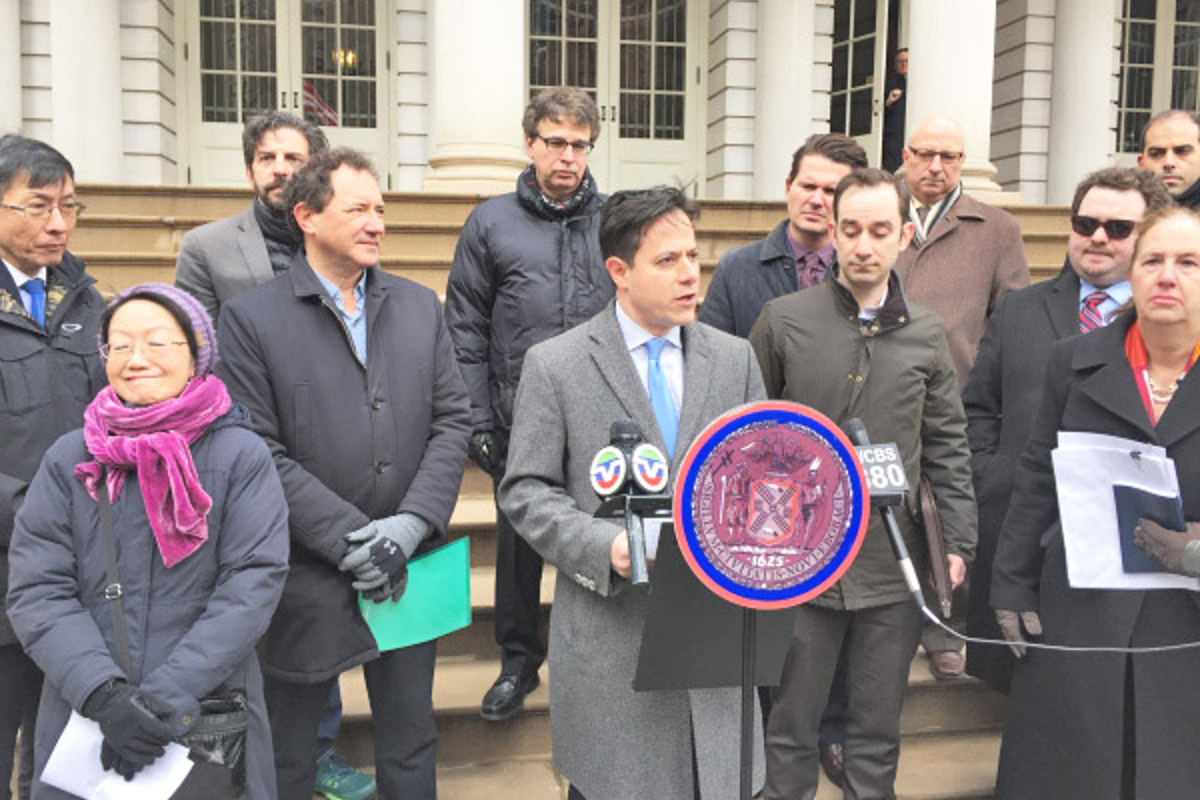 As it stands, the current tax subjects owners below 96th Street to an additional tax if their yearly rent is $250,000 or higher.

One of the bills, introduced by Garodnick and Rosenthal, would increase the rent threshold so commercial tenants paying under $500,000 would not have to pay the tax.

Johnson and Brewer also introduced legislation aimed at helping affordable supermarkets and would exempt those businesses from the CRT, regardless of the amount of rent they pay.

The CRT was introduced in 1963 to help increase revenue in the city but was phased out in the Bronx, Brooklyn, Queens, Staten Island and even the northern part of Manhattan in the 1990s, and the current rent threshold has not been updated since 2001.

Brewer noted that the tax previously made sense because it was primarily applied to larger businesses but since rents have continued to increase, small and medium-sized businesses are affected now as well.

Garodnick noted that small businesses such as hardware stores, restaurants and boutiques which are sometimes already struggling to pay rent are put in further jeopardy
by the additional cost of the tax.

“This is one of the prime culprits that is worsening the affordability problem and this legislation will give them some relief,” he said.

Johnson added that in addition to being a detriment to the owners, the loss of small businesses because of an inability to keep pace with costs has a negative effect on the neighborhood’s character.

On the supermarket protection bill, Brewer said, “I’ve been to too many rallies recently to keep supermarkets open. Too many affordable supermarkets are being threatened with closure.

Other bills in the package of legislation would require the Department of Finance to issue an annual report on the commercial rent tax and would extend the CRT exemption to include the cost of space used for advertising theatrical works.