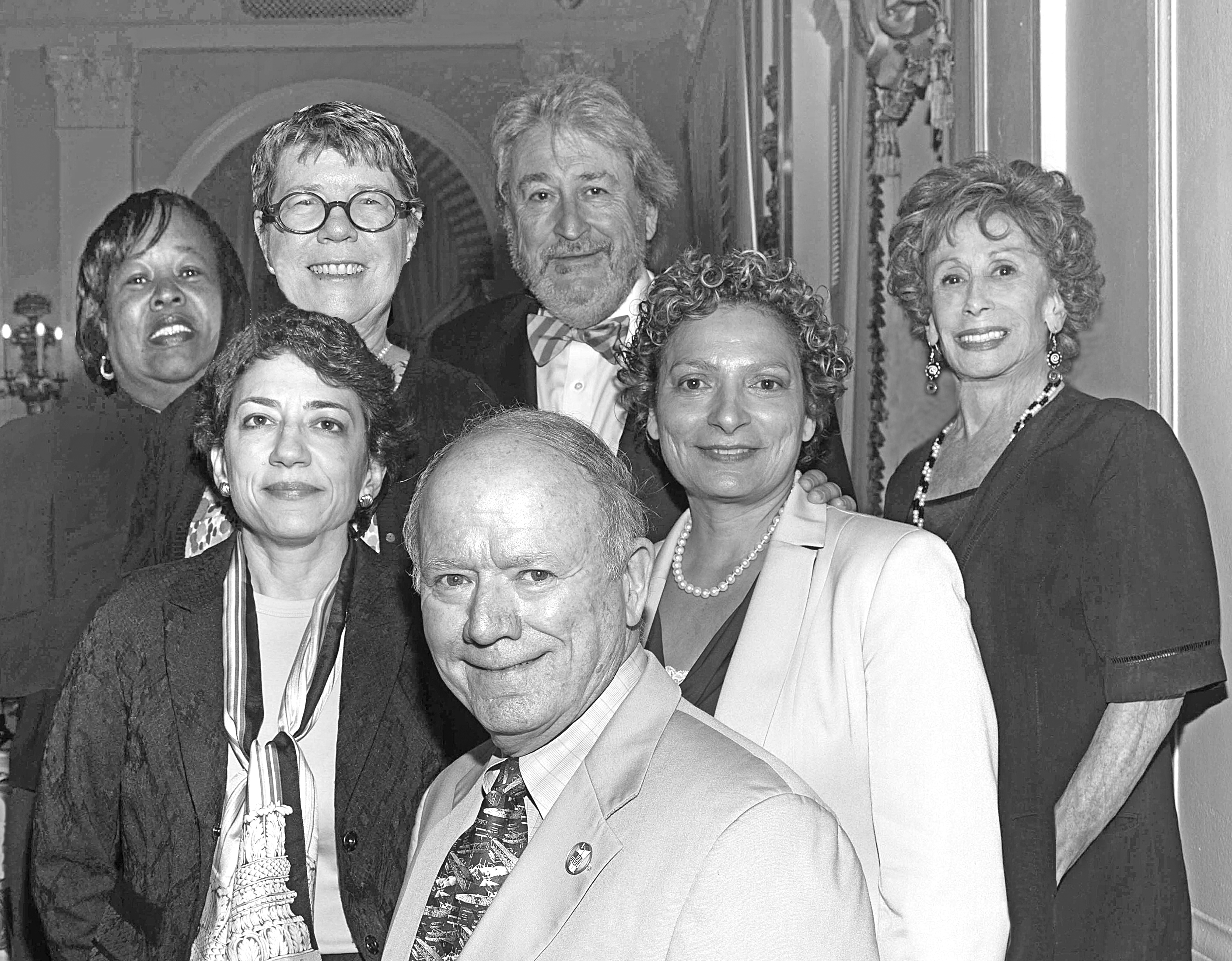 Transportation chiefs working together to succeed

“We succeed or fail together. We need to focus our planning on projects that benefit all of us while generating operational efficiencies,” said Veronique (Ronnie) Hakim, executive director of NJ Transit, in a clarion call for inter-agency collaboration echoed by the top transportation leaders at Professional Women In Construction’s (PWC) annual Transportation Forum: Regional Update held the morning of July 29. The event, the latest in PWC’s ongoing series of forums covering trending topics in regional transportation, drew a sellout crowd to The Yale Club.

Aviation expert William Fife, P.E., principal, The Fife Group and senior advisor, Weidlinger Associates, formerly with AECOM and the PANYNJ, the event’s organizer and moderator for the past 20 years, told all that the major players in the NY and NJ area had assembled to “provide a snapshot” about jobs coming up and offer further opportunities for W/M/S/DBEs – “I believe in these goals as do the people I invited here,” he said.

He noted that last year the MTA exceeded its state-funded 20% M/WBE goals by 6% with a 26% participation rate. He noted too that the MTA has federally funded goals of 17% and hosts small business mentoring programs for both state and federally funded projects.

He then outlined work on several Sandy related projects including repair work to the South Ferry Station Complex; rehab of the Cranberry Tube serving the A and C lines; MTA Bridges & Tunnels rehab of the Hugh L. Carey Tunnel and Brooklyn Plaza and rehab of the tunnel and Manhattan Exit Plaza at the Queens Midtown Tunnel. Work is also being done to prepare for future storms by protecting equipment and preventing damage from water incursion. In addition, Horodniceanu noted MTA contracts for work on MetroNorth; the LIRR; and East Side Access. The 2015-2019 capital program will be announced in October.

Hakim, who urged cooperation between all modalities, emphasized NJ Transit’s support of MWBEs through the DBE program and advised all to become certified as a DBE and to take advantage of training and networking.

She said that NJ Transit’s recently approved $1.2B capital program requires a steady stream of federal and state funding to continue commitments to “state of good repair” investments in transit stations and infrastructure; an ongoing fleet modernization program; service reliability and safety initiatives and investment in the Northeast Corridor. Additional programs need to be explored to deal with increasing trans-Hudson capacity and other issues.

“We’re looking at technology as a way to improve customer service.  Everything is about moving the customer through this region,” said Hakim.

Stephanie Dawson, acting chief operating officer, PANYNJ, spoke of the Authority’s commitment and achievement in delivering maximum transportation and related services, including moving goods from our piers, and people and goods through our local bridges and tunnels and around the globe.

The PANYNJ 2014 budget sets a foundation for growth and the 10 year, $27.6B capital program ensures a safe, secure and state of the art infrastructure.

Dawson outlined plans for such key projects as the Bayonne Bridge elevation; Goethals Bridge replacement; LaGuardia Airport Central Terminal and Newark Airport Terminal A redevelopment; and WTC construction and reinforced the need for small, minority and women owned businesses to assist in that delivery, as well as that of the large number of State of Good Repair projects.

Joan McDonald, commissioner, NYSDOT, noted that the present and future were looking “much brighter” than they did when she spoke at a PWC forum two years ago.

While construction remains a male-dominated field, she noted much more diversity. “We remain mindful of one of our chief priorities: equal access to opportunities for MWBEs and DBEs,” she said, “NYSDOT is proud that our MWBE attainment for the 2013-2014 fiscal year was 30.6%, well exceeding the goal of 20% and that $209M in total expenditures went to MWBEs. “

The commissioner said, “It is in the best interest of the State that we have consistency and parity in our transportation planning and the Department will meet the same timetable as the MTA with a needs- based capital plan this fall. The discussion often focuses on the big projects, but the majority of our program is what I call meat and potatoes.”

She listed several NYSDOT mega-projects in Region 11 comprising the five boroughs: the recently completed federally funded rehab of the Alexander Hamilton Bridge; the Kosciuszko Bridge replacement project which will create a signature skyline between Brooklyn and Queens; and work on the Major Deegan and the Gowanus and Staten Island Expressways. The focus is on investment and preservation, she said,”We need all of you to be our partners.”

The commissioner said that using design/build “has allowed the Department to accelerate projects that we wouldn’t have been able to advance until 2015, 2016 or even as late as 2018. We are optimistic that the legislature will see the value in this important tool in moving projects forward and putting the industry to work.”

Looking to the future, McDonald stressed the opportunity to “bring new ideas and new people on board.” The goal is to have “a robust transportation network and sustainable communities.”

Polly Trottenberg, commissioner, NYC DOT, spoke of the agency’s $6.3B, 5-year capital program and its focus on safer streets through the Mayor’s Vision Zero program as well its other priorities: state of good repair; project delivery; improving transportation options in underserved neighborhoods; and walkable, livable streets. Agreeing with Commissioner McDonald, she expressed hope for an increased number of design-build projects and the savings yielded in time and cost for large-scale work.

She stressed the NYC DOT’s interest in continuing a “close partnership with sister agencies,” noting that a highly “integrated system” is essential for better regional mobility.

Upcoming projects named included the Belt Parkway Bridge over Mill Basin and the reconstruction of the Roosevelt Avenue Bridge.