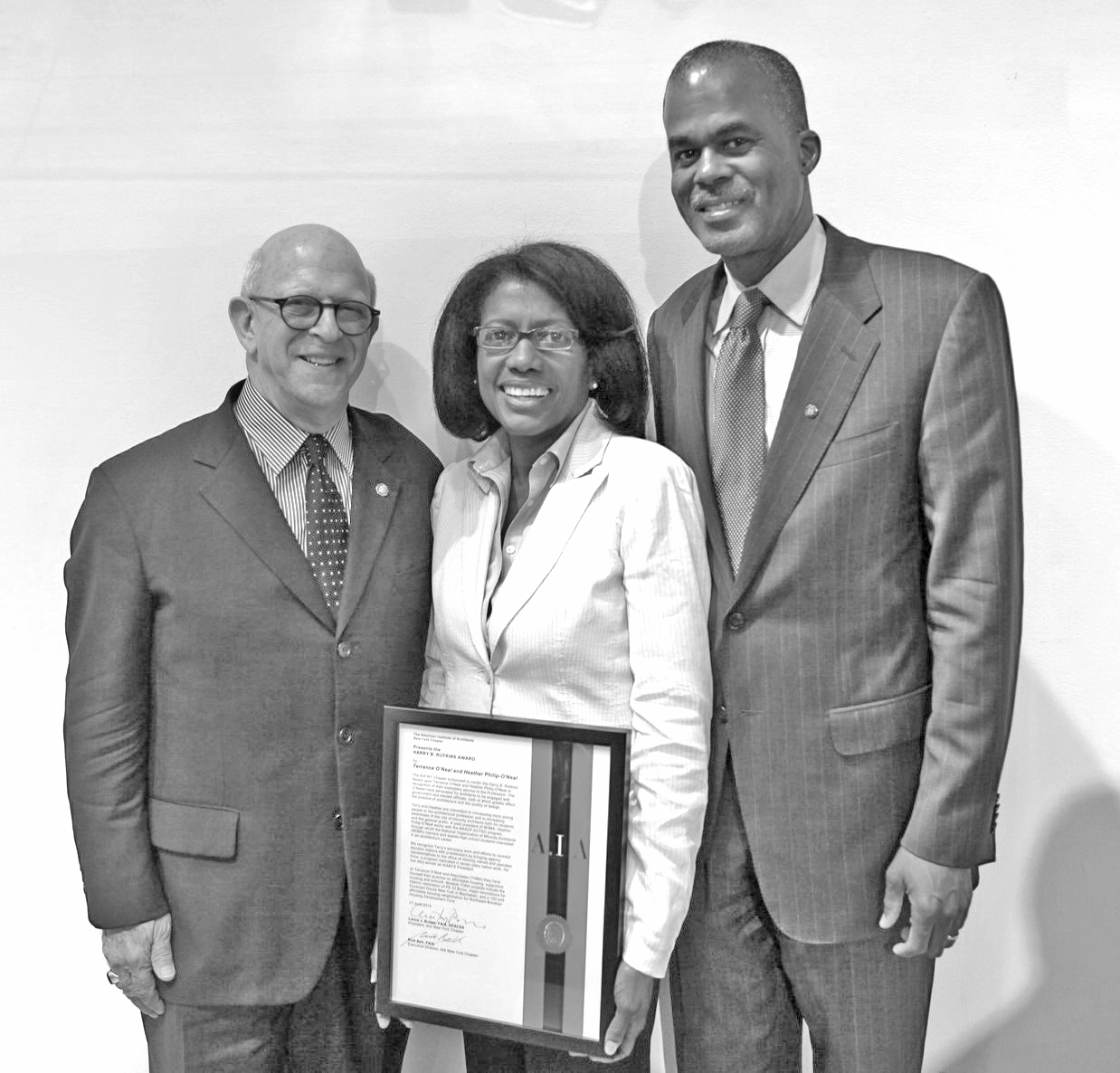 The award was given in recognition of their exemplary service “to the chapter, to the Institute, and to the profession.”

According to Brown, “Terry and Heather are known throughout the architectural community as advocates for the engagement of architects with government and elected officials, realizing that strengthened ties have the potential to greatly affect the practice of architecture and the quality of design.”

Terrence and Heather were also honored for their longtime commitment to introducing young people to the architectural profession and to increasing awareness of the role of minority architects for students and the general public.

The award cited Terrence’s “advocacy work and efforts to connect decision makers with practitioners by bringing agency representatives to the office of minority owned and operated firms, a program replicated in seven cities nationwide.” He was commended for “ably serving as AIANYS President” in 2006.Terrence also served on the AIA National Board of Directors (2008 – 2010).

Heather Philip-O’Neal is a past president of NYCOBA, the New York chapter of the National Organization of Minority Architects (NOMA), and worked with the NAACP ACTSO program as liaison with NOMA through which she assigned judges for the ACTSO competition and mentors to assist high school students interested in a career in architecture.

At TONA, the full-service firm located on Battery Place which Terrence founded in 1993, the O’Neals focus their practice on affordable housing, supportive housing and schools. Notable TONA projects include the historic restoration of PS 33 Bronx.