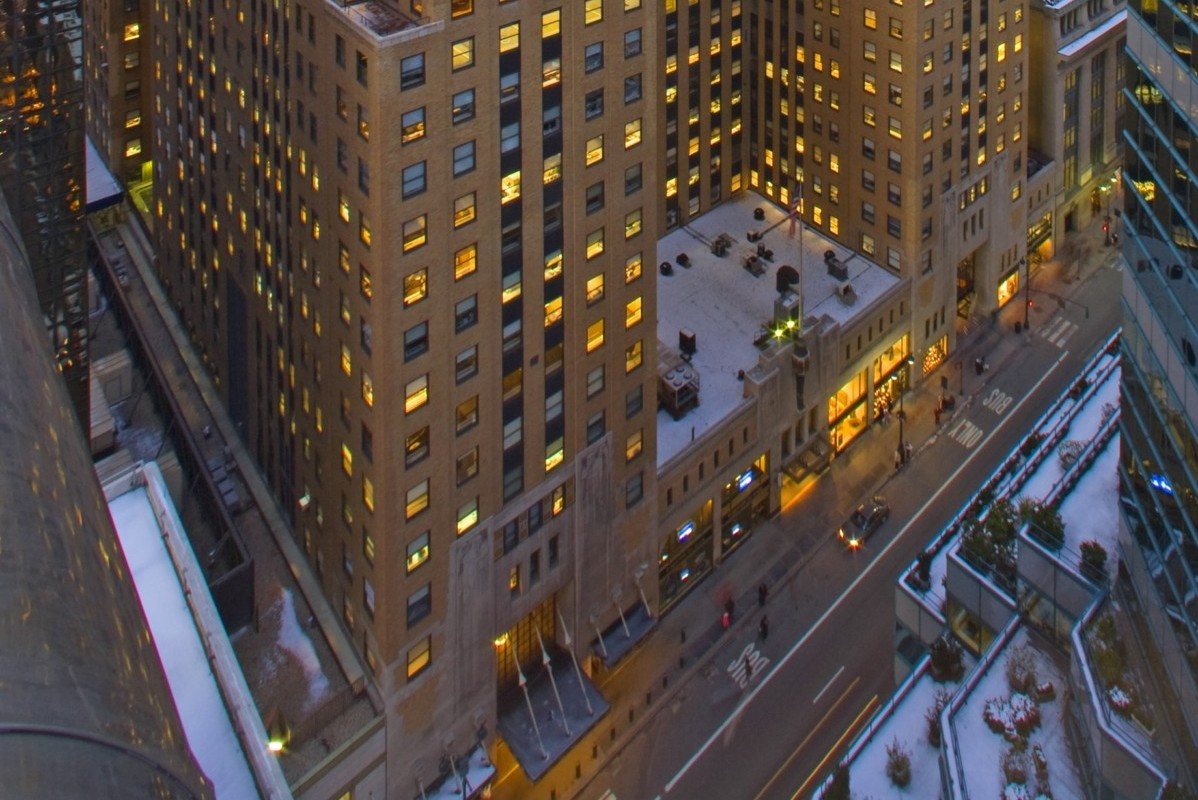 The Landmarks Preservation Commission (LPC) recently held a public hearing on five of the 12 buildings considered for landmarking in Midtown East. LPC will act on these 12 calendared properties over the course of the next year. These five buildings – Benjamin Hotel, Hotel Lexington, Shelton Hotel, the Graybar Building, and 125 Park Avenue – have been studied by REBNY in its Midtown 21C’s 2013 study, Icons, Placeholders & Leftovers: Midtown East Report.

Based on our examination of these properties, we concluded that they have little to no architectural or historical merit and fail to rise to the level of significance deserving of landmark designation.

One of the buildings heard is a unique case: 125 Park Avenue. Our report noted that the building has a high streetwall design (as a result of a variance), common for buildings erected before the 1916 Zoning Resolution, and its cubic Beaux Arts design was old fashioned even before it was finished—an unpardonable sin in up-to date Manhattan.  Yet, REBNY is not alone in questioning the architectural or historic significance of this building.  The building is notably absent from the AIA Guide for New York City which is a large compendium of landmark and non-landmark buildings on interest in the city.  This building did not attract the attention of the authors of the AIA guide nor is it a must see architectural icon of New York City, such as the Chrysler Building.

REBNY and others firmly believe that this site has a crucial role in the Department of City Planning’s plan for the revitalization of the Greater East Midtown area by providing superior connections to the transit and commuter rail network both under and adjacent to this site.

Our transit system transports roughly 5.6 million passengers per day, a number that will continue to increase as the city’s population continues to increase. New York City is expecting 1 million new residents by 2040, according to a report by Columbia University’s Center for Urban Real Estate., and of the city’s 469 stations, the 4/5/6 line of the 42nd Street Station located beneath 125 Park Avenue is the second busiest platform in our transit system. 125 Park provides a major access point to Grand Central as well.

Daily Grand Central Terminal commuters are projected to increase by 162,000 – this increased ridership, coupled with the completion of LIRR East Side Access in 2022, will undoubtedly place an even greater strain on Grand Central Terminal’s infrastructure.  More importantly, this growth in ridership at the most crucial transportation nexus in Greater East Midtown calls for preserving the opportunity to envision and create a dramatic and effective public space that both serves the riders and the public as was done at 1 Vanderbilt.

Being adjacent to a section of Park Avenue which is expected to provide enhanced pedestrian space, 125 Park Avenue can be the catalyst for an enriched public realm improvement integrated into enhanced transit and commuter access to Grand Central Terminal.  Preserving the opportunity for a transformative project on this site, by not designating this less-than-worthy building, would advance the important planning goals of revitalizing Midtown East.

In the absence of a compelling basis for landmark designation, we are a concerned that granting this good, but not great, building landmark status would foreclose forever the rare opportunity to provide significant transit and public realm improvements on this site.

It’s that time again! REBNY’s residential agents are looking at their deals to see what could be a contender for the 28th Annual Residential Deal of the Year Awards and Charity Gala to be held at Pier 60 at Chelsea Piers on Wednesday, October 26th, 2016! The deadline for all submissions is Friday, September 16, 2016 at 5:00 p.m. The application forms for the Deal of the Year, Henry Forster Award, Most Promising Salesperson of the Year, and the ticket reservation form can be found at www.rebny.com, and for sponsorship opportunities, please contact Jeanne Oliver-Taylor at JTaylor@rebny.com or at 212-616-5261.