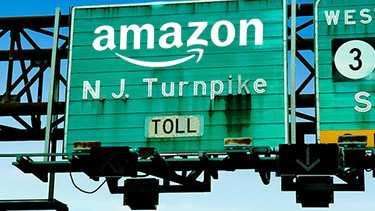 Significant demand for and development of warehouse and fulfillment properties in New Jersey are expected to continue its upward surge well into 2017.

Fostering the rapid growth in the CRE sector are changes in global logistics, demographics and commerce. According to recent industry studies, national e-commerce retailers and logistics firms are driving demand for New Jersey’s large-scale industrial space to record highs.

First of the factors behind the trend is the resurgence in urban living and Millennials’ preference for online shopping and quick fulfillment. More than 25 million people now live within a 25-mile radius of New York City, and a rapidly increasing percentage is under 35 years of age.

These individuals and families prefer to live in urban neighborhoods with reliable public transportation.

To meet the demand for multifamily housing, much of the industrial and warehousing space in Brooklyn, Queens, and Hudson County, New Jersey has been replaced by apartment buildings or converted to residential units in recent years.

Now, the prime areas to develop the types of facilities that are in demand – climate-controlled and with high-tech capabilities – are in Northern and Central New Jersey.

These facilities, which can accommodate 100 or more tractor-trailer trucks at one time, are near Port Newark and Port Elizabeth, their adjoining rail freight lines, the New Jersey Turnpike and interstate highways as well as airfreight terminals.

Demand for fulfillment centers and logistic operations has produced a record decrease in vacancy rates for industrial space in this region.

There has also been a dramatic increase in the total amount of warehouse space that is available – making low vacancy rates even more surprising.

Jones Lang & LaSalle (JLL) recently reported that vacancy rates for industrial space in Northern and Central New Jersey fell to 5.9 percent during the first quarter of 2016. This is the lowest vacancy rate since 2001.

Also, JLL reported that over 2.9 million square feet of industrial space was under construction around the Garden State at the end of the first quarter, with more than 1.0 million square feet expected to start groundbreaking during this year’s second quarter.     Commercial banks and CRE lenders started recognizing the trend in 2012, moving fast to refinance loans on existing warehouse facilities and supplying construction financing to develop new fulfillment centers.

They’re also lending to developers constructing facilities for third-party logistics firms, which are companies that work with fulfillment and distribution centers to manage their operations and e-commerce.

Amazon has already opened an automated, 1.2 million-square-foot fulfillment warehouse in Robbinsville, New Jersey. The online retailing giant also recently signed a lease for an 807,762-square-foot facility in Carteret, New Jersey, and the company is planning to build three more warehouses in the Garden State.

A significant change in global logistics will further energize the demand for warehouse and fulfillment facilities.

However, while the demand for industrial/warehouse space continues to grow, developers are being selective about developing new sites. Thus, they are not getting too far ahead of the demand. The reason: Finding the right development sites in and around New Jersey’s core industrial submarkets is challenging. Developers want to fully understand the needs of potential tenants, meaning developers first are faced with creating functional, modern warehouses with access to key transportation options.

Commercial banks are diversifying their CRE loan portfolios to provide more financing to the light industrial sector and warehouse fulfillment centers. Banks are balance sheet lenders, which means they put loans on their books and live with the credit and interest rate. For the CRE borrower, that means the senior lending officers have the flexibility to structure financing transactions. For example, commercial bankers can design the loan to reflect the specifics of a company’s lease as well as meet the borrower’s other needs.

Now, multiple financing resources are competing to fund the expansion in warehouse fulfillment facilities. Commercial banks responded by offering loans at competitive rates, with decisions being made locally and quickly. Also, bankers can be more flexible on such factors as prepayment charges. Commercial banks can make allowances around prepayment to retain a good client relationship and get an opportunity to refinance the CRE loan.

Clearly, given the converging multitude of changing conditions, the demand for warehouse fulfillment centers in New Jersey should keep growing. Speculative development projects have already resulted in low vacancy rates and strong demand. Commercial banks and other lenders now have the capital to fuel the improved infrastructure that will make the transportation of products coming to and leaving the new distribution centers flow expediently.

In other words, the supply chain economy and the byproducts of it should be very productive as long as lenders keep providing the loans needed to develop modern warehouse fulfillment facilities in New Jersey.