Should I invest in triple-net lease properties? 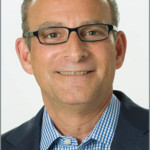 Properties with triple-net leases can be quite attractive to real estate investors, but they aren’t as straightforward as they might seem. Due diligence is critical, as changes often can’t be made once the lease has been signed.

The nuts and bolts
Under a triple-net lease, the tenant assumes responsibility of the property’s ongoing operating costs (taxes, insurance, maintenance) in exchange for a long-term lease. The tenant also pays the landlord monthly rent. The lease puts some limit on capital expenditures, usually triggered in the lease term’s final months.
Triple-net leases are used for a variety of properties, such as office, industrial and retail.

Triple-net benefits
A property with a triple-net lease offers some advantages associated with a traditional real estate investment, such as appreciation and tax benefits, but many investors prefer triple-net leases because the leases allow them to avoid management responsibilities.
The leases can also provide long-term, steady streams of income similar to an annuity. They typically have a low tenant turnover rate, which helps reduce marketing and leasing costs. Often triple-net leases involve prominent anchor tenants, which increases predictability and lowers risk. Due to the fact that these leases are fairly stable investments, banks may offer sweeter terms, such as lower mortgage rates and down payments, than they give other types of real estate ventures.
Properties with triple-net leases are also good for property owners who want to sell existing properties and reinvest in a Section 1031 like-kind exchange to defer capital gains tax.

Potential risks
Like most real estate investments, triple-net properties have some drawbacks. In particular, inflation can create a nightmare if rent doesn’t keep pace with market rates. The effect could worsen if the tenant has options to extend a lease for additional periods, as option periods generally come with scanty rent increases. Selling a property shackled with long leases and relatively low rents is unpromising.
As interest rates rise, the value of your triple net lease property may decline, this is especially important when using a triple net lease property in a 1031 exchange, while looking for another property to exchange into.
Compare the rent to those for comparable triple-net properties to determine whether it’s currently above market, especially as the lease nears expiration. If you can’t obtain that desired rate in the future from another tenant, your net yield will likely drop.

Negotiate with care
A triple-net lease property can pay off as long as you negotiate carefully. In addition to the risks, bear in mind factors like your investment objectives and the tenant’s credit rating and the likelihood of continued profitability.