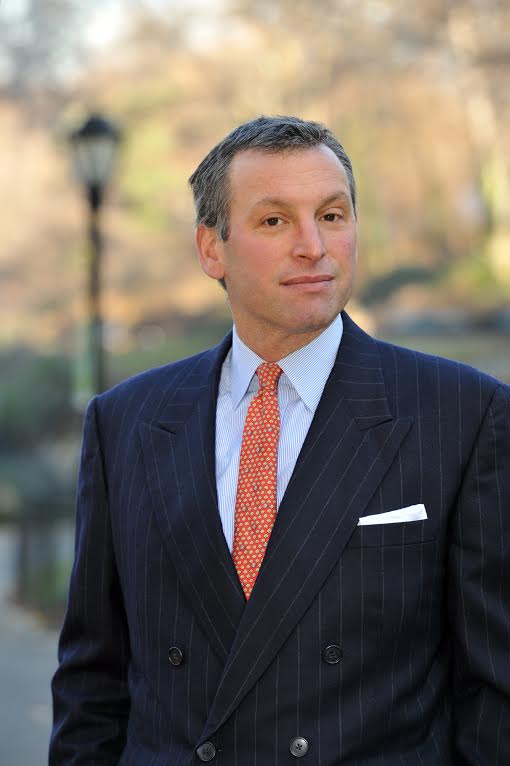 Townhouse trendsetter who stands out in a crowd

Jed Garfield currently holds the title of managing partner at Leslie J. Garfield but he’s been immersed in real estate since he was a young boy.

“It’s something I ended up doing by default,” said Garfield while discussing his real estate career and reminiscing about “racing to keep up with my father as we went up and down Madison Avenue.”

Garfield’s father, Leslie Garfield, started the firm in 1972. For nearly five decades, the company has been focused on the brokering of townhouses and smaller buildings.

But while Garfield’s early exposure to the business certainly lent him an advantage over other young professionals who were just learning the basics as they launched their careers, his family background did not give him a free pass to success. There was a long road between boyhood apprentice and top brass.

“When I started originally, my father didn’t want me to work with him when I finished college,” Garfield said while pointing out that watching how hard others worked at different firms helped add to the example that his father had set.

“We’re in a business in which there are thousands of brokers but not a lot of them are that successful,” he continued. “Seeing what makes a successful broker work, I think a lot of that is just very basic hard work, working harder than the next guy.”

Garfield began his outside training at Grubb & Ellis, where he worked as a broker in the mid-80’s and dipped his feet into the world of office leasing.

Still an unknown quantity in the industry, the young Skidmore College and University of Wisconsin-Madison graduate literally had to climb from the ground up.

“Being a leasing broker was absolutely the best thing that I could have ever done. On the first day on the job my boss said to me, ‘Do you know where the World Trade Center is? Great go canvas it.’”
Though he had to climb, he at least got to bypass the stairs.

“I took the elevator up to the 102nd floor,” continued Garfield. “I knocked on every single door. It took me about three months to finish canvassing the World Trade Center.”

When he had reverse-scaled that iconic New York bastion of office space, he immediately was directed towards another. Garfield spent nearly half a year trying his hand at the potential clients manning space at Rockefeller Center.

He nostalgically said that having security escort him out of buildings or weathering the rejection when decision makers more politely declined his advances, taught him a lot about how to conduct himself in the industry. It also instilled a necessary virtue: persistence.

It’s that quality that Garfield looks for in the young brokers he now leads at his family’s firm.
“I knew from day one that he was going to be successful, because he showed up and he did all the hard work,” Garfield said of one 25-year-old on his team. “I think successful people share that.”
They certainly share it with Garfield.

As the 80’s came to a close and the 90’s began, the time had finally come for him to return to the family business as a sales associate.

Though he was now under the shingle that displayed his own name, he was in no way handed the keys to the castle.

“There was a building at 49 East 91st Street, a six-family house,” Garfield said. “I had to beg for the business. I learned that begging works. Any successful broker that tells you they don’t beg for business is lying.”

Garfield said he treasured the moment that his approximately 30 calls were returned by the client.
He would eventually help arrange a deal for the property, but it was not without hard work.
“I did everything that I told them and, sure enough, after about 45 showings, I made a deal on the house.”

After notching his first sale, Garfield’s career continued to accelerate. By 1998, he had earned the title of vice president. Three years later, he was named president.

During that time, he added a multitude of deals to his book of business.

One in particular, stands out in his mind as the marquee deal that let him know that he had reached the highest peak of the residential industry.

While marketing a 5th Avenue home, a potential buyer failed to give Garfield an opportunity to flex his persistence muscles.

“I think he walked in and was inside the building for maybe 5-7 minutes and said ‘okay’.”

By 2015, Garfield was quite used to making major deals. He had not only helped grow his family business in New York, he had reached across the ocean.

The partnership is meant to allow each to benefit from the surging global luxury residential market.
According to Garfield’s findings, 2015 saw both a 7 percent rise in London based high-net-worth investors seeking to buy prime residential property in New York and a coinciding uptick in locals who were looking for purchasing opportunities across the pond.

“The property markets in London and Manhattan are both characterized by global demand and constrained supply,” said Garfield. “Both have economies based on finance, tourism and commerce, and both rival each other for the role of premier World City and the globe’s most valuable and sought after luxury property destination.”

Though his eye may also be on London, his focus has certainly not waned from New York.

“The story in the Bronx, is that you don’t need to be a genius to figure out that those are the areas that haven’t been over built, that haven’t been dug up. They seem to have a lot of room to grow,” said. Garfield while discussing what his next local frontier may be.

“Those areas like the Bronx and Queens are going to grow.”

It seems that the firm’s books will grow as well. According to Garfield, there is no magic number of clients or level of revenues that will allow him to feel like his work is done.

“The things that I go to sleep with at night are all the deals that I didn’t do” he confided to Brokers Weekly. “I think when I stop (stressing about business) I might be done.

“The firm continues to specialize in the sale of residential, commercial, mixed use townhouses. There’s a lot of firms out there that specialize in it and, without bragging, most of them were copy-cats of what we do,” Garfield said.