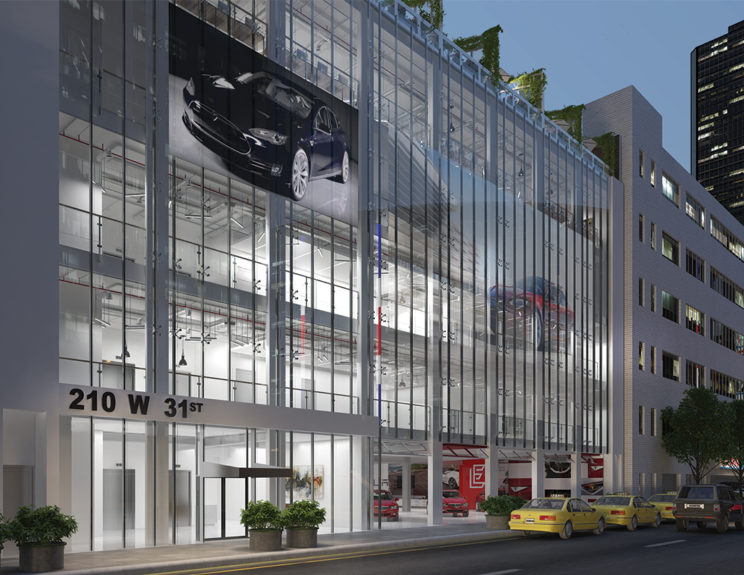 Unlike most tristate developers, John Saraceno was not fixated on New York City.

Yet, after 14 years, $2.2 billion in acquisitions and $230 million in calculated capital improvements, he and his partner, Jonathan Schultz, find themselves with a pair of properties on West 31st Street and, now that they’re here, they aren’t going anywhere anytime soon.

“I wasn’t one of these guys that needed New York to scratch that itch and Jon wasn’t either,” Saraceno said. “It was more a function of us being pulled into the city than us chasing, trying to be here. Now that we’re here, we plan to stick around and be aggressive. Conservative and New York don’t go well together.”

In an age when upstart firms are inclined to jump in the mixed martial arts octagon that is New York City and go straight for the real estate industry’s jugular, Onyx Equities has bided its time landing opportunistic blows around the periphery. But this isn’t the first time in the ring for Saraceno or Schultz.

Prior to joining forces in 2004, each achieved success independently, Schultz at his own brokerage and advisory firm, The Schultz Organization, and Saraceno as a founding member of Ivy Equities, for which he served as chief investment officer and oversaw $1 billion in purchases.

Though its origin was humble, the ambitions of Onyx Equities were multifaceted, Saraceno explained. With his traditional investment fund experience and his partner’s third-party pedigree, they resolved to assemble a full-service real estate firm that handled asset, property and construction management as well as leasing and accounting while also tending to their own portfolio that includes office, industrial, residential and commercial buildings.

Based in Woodbridge, New Jersey, the Garden State has always been Onyx’s bread and butter, but it has also dabbled in eastern Pennsylvania, where it still owns a shopping center in Philadelphia, and it once had a strong presence in Fairfield County, Connecticut, though it has shied away from that market since the crash in 2008. “When it all comes down to it, especially post-recession, if your core market has good opportunities, if you have enough going on in the A market, there’s no need to push farther out,” Saraceno said.

With buildings in White Plains, Jericho and Garden City, the company has also maintained a presence in suburban New York, though these arterial outposts did not lead to the heart of the region until 2015, when the company acquired 210 West 31st Street, a former monastery across the street from Penn Station and Madison Square Garden.

“We had done a lot of work, historically, in Long Island, Westchester and a spattering of work in Staten Island where I grew up, but that was the closest we got to the boroughs,” Saraceno said. “It wasn’t something that kept me up at night because in order to succeed in New York, you need to be all in and I didn’t want to force that if the right opportunity wasn’t there.”

Meanwhile, down the street at 320 West 31st Street, Onyx is mulling an office or residential redevelopment of the former TCI College of Technology building it purchased last year.

Saraceno said another New York deal could come sometime this year and he expects to remain active in the city moving forward, but that doesn’t mean he’s abandoning his roots.

While many will tout the strength of big city office markets and the importance of urban settings to the millennial workforce, Onyx has not joined the exodus of developers from the suburbs. In fact, it’s actually capitalized on it.

In December, Onyx Equities partnered with Garrison Investment Group to buy the leasehold at 61 South Paramus Road, a 285,000 s/f office property in Paramus, New Jersey from Mack Cali. This acquisition follows the purchase of nearly 850,000 s/f of commercial space from Mack Cali by Onyx and Garrison earlier in the year, bringing the partnership’s total holdings in Bergen County to 1.4 million s/f.

Saraceno said the deal made sense for his team because the buildings checked the right boxes: nice window sightlines, ample parking and access to public transit.

Mack Cali made an ideal partner because of its desire to divest from suburban markets, he said, adding that while that might make sense for some companies, it doesn’t mean the market is dead.

“You can’t paint a product like suburban office with such a broad brush, it’s too diverse,” he said.

“There are guys that just wake up in the morning and say the suburban market is dead, but if you really live and study and know it like we do, you know that’s a ridiculous conversation.”

Although he thinks there are still good opportunities to be found outside of city centers, Saraceno said not every market is a solid one and not every office building is a sound buy.

His ideal commercial property is one with untapped potential that can be turned into a Class A building with the right investment.

In some cases, it’s easier to build from scratch and Onyx has found that to be the case within the New Jersey industrial sector, a space Saraceno said he’d like to focus on this year and next.

The firm’s two most recent acquisitions in this space, 210 Clay Avenue in Lyndhurst and 440 Franklin Turnpike in Mahwah, are knockdown, rebuild sites.

“The amount of demand in the market today, as the ecommerce field continues to grow, is amazing,” he said. “We like the product, it’s not easy to find, but we’re happy to do more of it.”

Overall, Saraceno said the goal is to continue growing the company and not just its portfolio, which has seen 65 million s/f added during the past 14 years, but also its ability to continuously tackle new aspects of this evolving field.

“Thirteen years ago, building a residential development in New York is not something we could have done,” he said. “The trajectory has always been to maintain our geographic limitation but continue to expand the intellectual base of the firm to diversify our product type and our skillset to service that product type.”

Original Cushman family property being marketed for sale by C&W