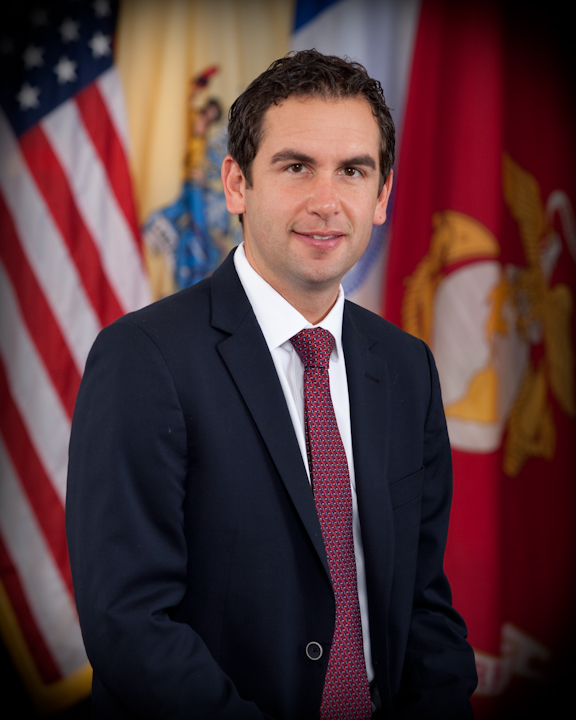 Town on a tear to become the best in America

Jersey City, an area that has spent the 2000s embracing the nuances of gentrification along its waterfront, is now anticipating the completion of several dynamic-changing buildings within an interior that, according to the city’s division of planning, is “in need of rehabilitation.”

To follow in the footsteps of Hoboken, its neighbor to the north, Jersey City has lined up multiple projects to add luster to the location as a whole and up the value of properties within the state’s second-largest municipality.

“We started with a tax-abatement plan to really encourage development away from the waterfront,” said Fulop, adding that the measure was “very, very aggressive,” but necessary due to the negative preconceptions of the area.

The abatement is a 30-year tax break for developers that opt to invest in the city’s inner wards. While some investors may be wary, initial coaxing has begun to produce positive results.

In June on this year, Kushner Real Estate Group opened 18 Park, a 422-unit luxury rental building that has already seen more than 250 apartments claimed. Aside from upscale living options, 18 Park also gives the area 10,500 s/f of retail space as well as placing 34,000 s/f of classrooms and recreational spaces at the Boys & Girls of Hudson County’s disposal.

“We continue to see an increase in demand from residents for new living options both on the waterfront and in in-town neighborhoods. This is fueled in part by the continued increase in living costs in Manhattan and Brooklyn which is pushing people to consider other outer borough locations, and Jersey City has become an extension of that,ˮ said Jonathan Kushner, president of KRE Group.

According to Kushner, more and more people are accepting Jersey City today as a viable, dynamic destination in its own right. He said, “The area always offered one of the most convenient and comprehensive public transportation systems with multiple PATH stations and ferry terminals offering quick service into Manhattan, as well as spectacular views of Manhattan, which has long attracted Manhattan professionals to the city’s waterfront high-rises.

“In recent years, that appeal has expanded inward into in-town neighborhoods with new, forward-thinking, highly-amenitized residential buildings and a new breed of supportive lifestyle attractions and services, like a branch of the popular Williamsburg arcade-bar, Barcade, farm-to-table restaurants, boutique storefronts, and an ever-growing arts scene.ˮ

In 2010, KRE, along with Ironstate Development Company, developed 225 Grand, a 15-story rental building with 348 apartments near the Marin Boulevard Light Rail Station. After leasing every apartment within 10 months, Kushner said the company was inspired to break ground on its sister building, 18 Park. Just up the road, the partners will also develop 235 Grand, which will have more than 600 rentals.

“We’re extremely confident in the future of Journal Square, which offers its own mass transportation hub and is targeted for the next wave of off-the-waterfront development,ˮ said Kushner, whose firm is also developing Journal Squared directly adjacent to the Journal Square Transportation Center.
That fully entitled project will feature 2.4 million square feet of mixed-use multifamily housing and retail development. When complete, it will have three high rise towers of 54, 70, and 60 stories, with 1,840 rental apartments, 36,000 s/f of retail space, and 920 parking spaces.
It will include a plaza that will draw foot traffic, provide a “kiss-and-rideˮ for commuters and provide easy access to the PATH train.

Work is underway for Phase I, which includes the 54-story tower, the pedestrian plaza, and the majority of site work required for the three phases. The first tower will house 540 rental apartments, 139 interior parking spaces, 72 surface parking spaces, and 20,000 s/f of indoor and outdoor amenity space and should be finished by mid-2016.

The effort to transform Journal Square has inspired some unusual joint venture partnerships, too.
Earlier this month, Jersey City Planning Board green-lit the 21-story McGinley Square, a partnership between Maryland-based Sora Development and the local St. Peter’s University.
“This is a clear sign from everyone’s perspective that development is now moving off of the waterfront, away from the Hudson River and inland to an area of the city that mightily needs it,” said Eugene Paolino a partner at Genova Burns Giantomasi Webster who represented St. Peter’s in the sale. “That’s a good sign.”

The tower will cost $220 million and will be constructed over the university’s parking lot, located between Tuers and Jordan Avenues on Montgomery Street.
“It will have 595 residential units. Of those, 153 will be student housing,” Paolino said. “About 88 will be affordable housing and workforce housing and the balance will be luxury rental.” The structure is expected to include a multiplex cinema, and a “considerable amount of retail on the ground floor,” according to Paolino.

It will also house a 717-car parking structure that will replace the original lot. Paolino said there are also plans for an “upscale restaurantˮ on the 21st floor.
“It takes an empty surface parking lot and transforms it into a real spark, or a real ignition for development in an area of the city that hasn’t seen that kind development for perhaps 50 or 100 years,” Paolino said.

“This is an unusual endeavor. St. Peter’s is a non-profit, Jesuit institution for higher learning. It’s been in New Jersey for more than 100 years and — perhaps for the first time — an entity like that is engaged in a joint venture to develop property for its own benefit, as well as having an interest in the entire development.

“Clearly this area is a depressed area that requires attention from the city, and now the city is giving it that attention,” Paolino added.
Developers and others with their hand in increasing the city’s value, match Paolino’s enthusiasm.

“I think that more gentrified neighborhoods in Jersey City will reinforce the 24/7 community of the city,” said David Opper, senior vice president at CBRE New Jersey and a member of the leasing team for Mack-Cali’s Harborside Financial Center, an area dubbed Wall Street West that bred the first luxury apartment development in Jersey City when financial firms began moving there to escape spiraling Manhattan office rents.“It will bring more people in, which positively impacts the city through an increase in job and housing activity.”

Mack-Cali owns and operates what is considered the one of the most comprehensive office complexes in the tri-state area at Harborside, a five-tower cluster of Class A waterfront offices that are occupied by some of the globe’s most powerful financial companies.

Hersh is credited with building the power hub that, despite broad cuts in the financial industry, continues to draw firms looking for cheaper rents and modern offices. Later this month, he is expected to announced a massive renovation program to re-design of interior common areas, outdoor public spaces, retail, dining and entertainment options in a move that will keep white collar jobs flowing into the area and eating into the pipeline of residential projects.

Significantly, while divesting itself of suburban office assets that threaten to drag down share values, Mack-Cali has become a major player in the northern New Jersey apartment market, buying up Roseland Properties, one of the area’s most prolific residential developers, in 2012, and subsequently investing in massive apartment projects, including the tallest residential tower in the state.

In January, Mack-Cali, in partnership with Ironstate Development, began construction on a 69-story apartment tower catering to hip urbanites and featuring “micro-unitsˮ for single professionals. It is the REIT’s eighth apartment project in Jersey this past year.

Upstart developers like HAP Investments LLC are also zeroing in on Journal Square. A prolific Harlem player post-recession, HAP paid $28 million for a site at 500 Summit Avenue earlier this year and announced plans to build a high rise apartment building, offices and retail.
“We are excited to have purchased this strategic site in Jersey City and look forward to building a future development that will provide new rental housing for local residents as well as others in the Metropolitan area, in addition to adding needed office and community facilities to this thriving urban location,” said Eran Polack, CEO, HAP Investments at the time.

The proposed tower, to be known as HAP Tower, will have views of Manhattan from a majority of the floors. The site can accommodate a 42-story rental building with commercial office and community facility space. The anticipated cost of the one million square foot development estimated to be $400 million, according to HAP.

Mayor Fulop understands that in order to generate a higher standard of living, Jersey City will need a bit more than nicer homes to compliment the already thriving financial district.

In June, the mayor announced a plan to renovate the landmark Lowes Theater in Journal Square and retain talent agents AEG Live to turn the space into a rival for Manhattan venues such as Bowery Ballroom and Irving Plaza.

It will cost $30 to $40 million to overhaul the theater; money well spent according to Fulop, who has called it “our first signature trophy entity for the cultural arts. Having a world class venue like the Lowe’s theater is really going to further Jersey City as a destination.”

In conjunction with providing a stage for top attractions, Fulop said Jersey City is actively courting some of the East Coast’s top eateries and restaurateurs.
“The more investment that we get in the inner portion of the city, it benefits more residents,” said Fulop.

But can Jersey City ever truly surpass the other areas of Manhattan’s periphery? Fulop is quite confident that could very well be the case, telling Brokers Weekly that “Jersey City will be known as the best mid-sized city in America” within a decade’s time.

As new buildings and rents continue to rise, so do the city’s chances of achieving that lofty goal.