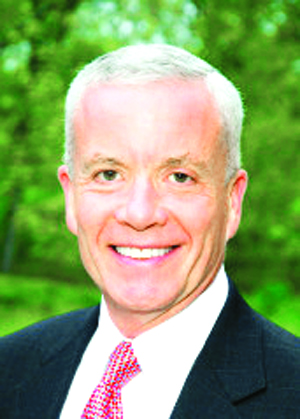 Brokerage firm reports record revenue in first half of 2014

Cushman & Wakefield reported gross revenue increased 23.7 percent to $1,279.0 million for the six months ended June 30, 2014, compared with $1,033.9 million for the prior year period.
Adjusted income attributable to owners of the parent improved $14.1 million to $2.3 million, compared with a loss for the prior year period of $11.8 million. Cushman & Wakefield is majority-owned by EXOR S.p.A., the investment company controlled by the Agnelli family.
Edward C. Forst, Cushman & Wakefield’s President & Chief Executive Officer, said: “Demand from global investors and occupiers continued to drive real estate markets during the first half of 2014. Cushman & Wakefield delivered strong results during the period as revenue reached a record high and Adjusted EBITDA more than doubled year-over-year.

“Our strategic focus to mobilize our global services and talent around our clients through greater collaboration among our senior leaders led to solutions that helped our clients enhance their presence globally.”
“Salesforce.com is just one great example as we worked together on a 700,000 square foot lease for its headquarters in San Francisco in the newly named Salesforce Tower; as well as an expanded office lease in the former Heron Tower in London, which was also renamed Salesforce Tower. Enhanced communication was key as many teams across service lines came together from our firm and Salesforce to make these unique transactions happen.”
Record commission and service fee revenue increased between 23 percent and 45 percent across all three regions in the second quarter and approximately 25 percent globally both in the first half and second quarter of 2014. Recurring revenue increased to 43 percent of total commission and service fee revenue, compared to 40 percent in the first half of 2013.  Also notable is our progress in the Europe, Middle East and Africa (“EMEA”) region, where we increased commission and service fee revenue by 27.8 percent in the first half of 2014 and recently announced several high-level recruits.
The company’s strong revenue growth was led by CIS with a 60.7 percent and 49.9 percent increase in commission and service fee revenue for the second quarter and half year, respectively.  Property under management globally as of June 30, 2014 increased 14.1 percent to a record 1.2 billion square feet compared with year-end 2013.
CIS launched Risk Management Services under the leadership of Former New York City Police Commissioner Ray Kelly, which offers clients tailored solutions to assess, mitigate and respond to risks around the world in order to protect their people, assets and information.
CIS also expanded several client relationships during the first half of 2014, including Ericsson, which awarded the Company site selection, brokerage and project management related to Silicon Valley’s largest office leasing transaction of 2014 for a new campus of over 400,000 square feet.
Leasing commission and service fee revenue growth of 17.5 percent in the first half of 2014 was driven by strong performance advising clients across property sectors.
Working seamlessly across geographies and service lines, significant leasing transactions include the Salesforce headquarters transaction in San Francisco and expanded lease in London; and the Millennium Partners’ development at Downtown Crossing in Boston, the most significant retail project of recent years, which features Primark, a leading European fashion retailer.
Capital Markets continued its positive momentum with first half 2014 commission and service fee revenue growth of 20.2 percent as the improved credit environment and lower interest rates boosted capital flows across investor classes.
High profile assignments included advising the State Oil Fund of the Republic of Azerbaijan (SOFAZ) on the purchase of trophy office building Pine Tower A for $447 million, which is the largest investment transaction in Seoul, South Korea this year.
Valuation & Advisory (“V&A”) completed appraisals on behalf of the world’s largest real estate investors and lenders during the first half of 2014 with global value exceeding $500 billion, a 14.5 percent increase compared to the prior year period.
Of particular note was the appraisal of New York City’s largest enclosed mall, Mall at Bay Plaza.  Together with the adjacent Bay Plaza Shopping Center, the entire development will be more than 2 million square feet.
(Visited 1 times, 1 visits today)