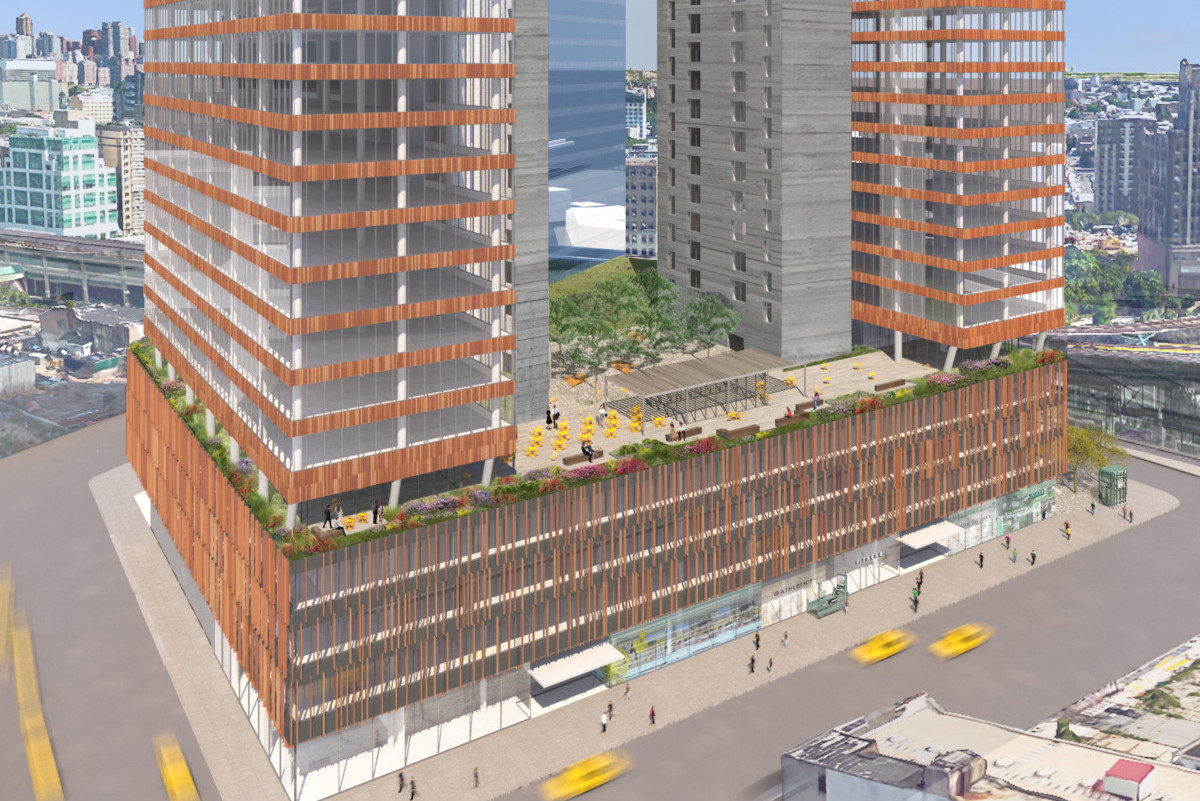 Tishman Speyer is moving ahead with the construction of a 1.1 million s/f office and retail project in Long Island City. For the project, the company has formed a partnership with Qatari Diar, a sovereign wealth fund based in Lusail.

The site, located in 28-10 Queens Plaza South, is expected to have two 27-story towers connected by a four-story podium containing a food hall, restaurant and parking garage. Currently, more than 800,000 s/f of office space has been pre-leased for the $700M project. Shared office provider WeWork, which has agreed to take 250,000 s/f of space, is set to be the project’s anchor tenant.

“Thanks to the City of New York’s investment in the area’s infrastructure, enlightened policy decisions and the active support of the New York City Economic Development Corporation, the local community and its elected officials, Long Island City has become a model for 21st Century urban development,” said Tishman Speyer CEO Rob Speyer.  “Tishman Speyer is proud to continue our role in unlocking the area’s full potential as one of the most dynamic, live-work-play neighborhoods, not just in Queens but in all of New York City.”

“We are delighted to be working alongside our partner, Tishman Speyer on the acquisition of this site in Long Island City and this agreement marks a significant milestone. With exclusive retail elements and contemporary office space this new venture will set the standard for mixed-use developments,” added Sheikh Jassim Bin Hamad Al Thani.

In assembling the site, Tishman purchased 1.8 million s/f of development rights from the city, making it the largest developer of commercial and residential space in the neighborhood. According to a press release, the company has projects totaling 3.5 million s/f in the area. Its total is buoyed by more than 1,900 units of housing under construction on Jackson Avenue.

The 28-10 Queens Plaza South project will be designed by Raul De Armas of MdeAS Architects. The Bank of Ozarks provided financing for the project. According to a previous report from the Real Deal, Tishman wants $65 million in tax incentives for the project. The towers are expected for completion in 2019.