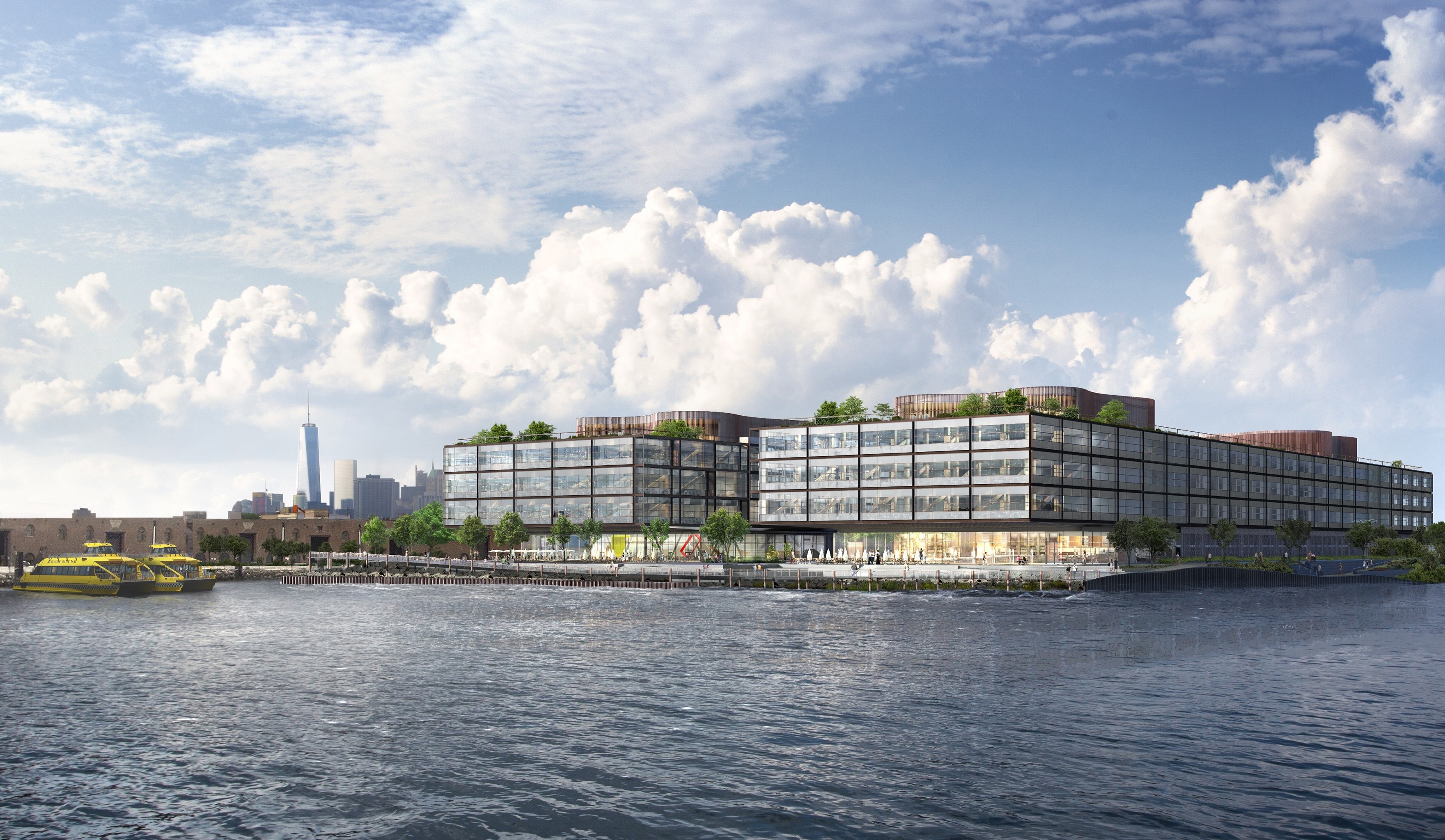 Thor Equities announced it will build a new office development on the Red Hook waterfront aimed at the burgeoning local creative and technology sectors.

Surrounded by water on three sides with clear views of the Statue of Liberty and Lower Manhattan, the campus will include a public waterfront esplanade designed by SCAPE/Landscape Architecture, as well as a central open courtyard and rooftop space for future tenants.

“We are excited to present this unique new development, which will expand public access to the Red Hook waterfront, and provide an environmentally friendly and innovative environment for businesses operating in the creative and technology sectors in New York,” said Joseph Sitt, CEO of Thor Equities.

The project is being built to fit the needs of a TAMI (technology, advertising, media and information) tenant or other appropriate user of the space, said the company in a press release. Among its many real estate projects, Thor Equities developed 837 Washington Street in the Meatpacking District and leased the building to Samsung for its new retail and office space.

According to Nigel Dancey, Senior Executive Partner at Foster + Partners, “The design for this project takes advantage of its unique location in Red Hook, contributing to the wider regeneration of the area with new creative work spaces within a vibrant public realm. Situated along the Brooklyn waterfront, the design pulls its natural surroundings into the site with a promenade, roof terraces and a green courtyard bisecting two low-rise building blocks. The design references the area’s industrial heritage, respecting the scale of the neighborhood, while creating flexible, innovative work spaces that will support new collaborative ways of work.”

The development site is along the Brooklyn shore near IKEA and Erie Basin Park.  Transportation to the immediate area includes a water ferry service, buses, and a planned shuttle that runs to the nearby Smith-Ninth Streets, Fourth Avenue/Ninth Street and Court Street-Borough Hall stations.  A planned Brooklyn-Queens streetcar will also serve the neighborhood.

Red Hook has been a part of Brooklyn since the 1600s, and by the 1920s it was one of the busiest freight ports in the world.  More recently, the neighborhood’s former warehouses have become home to a thriving community of art studios, boutiques, restaurants, retailers, museums and nightlife.

$4B LaGuardia Airport redevelopment to be finished by 2022