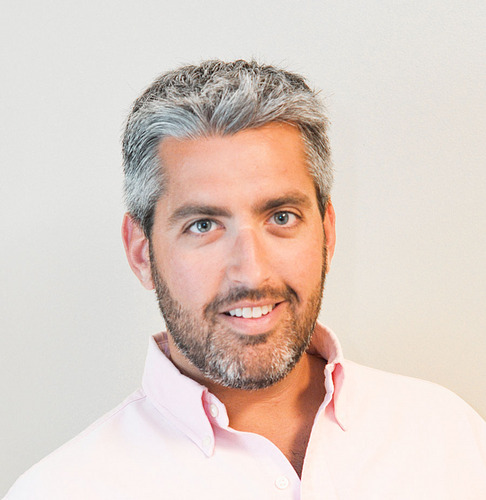 Aaron Block, one of the co-founders of real estate tech accelerator Metaprop NYC, is leading a movement to migrate the real estate industry out of its obstinate shell and into the 21st century.

Block, whose qualifications sit on the intersection of real estate and tech start-up investing, seems almost custom-made for the job.

In 2000, he started a career in Cushman & Wakefield that lasted for over 10 years. His tenure at the company shuffled him between Chicago (his hometown), New York City and Russia.

He traces his interest in real estate to his undergrad years at University of Illinois at Urbana-Champaign, which resulted in a degree in Urban and Regional Planning. “I’d already been exposed to real estate and I felt like there was an opportunity for some sort of property-related business that was also very lucrative,” he said.

In 2010, he performed what he calls a “power move,” which he describes as “something special and different to expand your horizons.” That power move yielded a job as the CEO of Bay.ru, an e-commerce platform that allows people in Russia to buy products from American websites such as Amazon and Ebay.

The career change, which required a crash course in e-commerce operations, came as Block searched for “something interesting” as he left Cushman & Wakefield.

“I really enjoyed building early stage companies. I like to stay from the toddler stage to the adolescent stage. So this was a great opportunity to get involved in a 12-person company with some revenue and a good business model that’s going after really, really huge firms in the market in a part of the business world that I didn’t know very well, which is technology and e-commerce. So, for me, it was a lot of fun. It was a great opportunity to complement my career in real estate,” he said.

This calculating approach to personal advancement has an early origin story. “I’ve always been an entrepreneur. As a young man, I had a DJ business for seven years. I had a painting business for a year. I was always involved in entrepreneurial endeavors throughout high school and college,” he said.

His tenure at Bay.ru ended when the company was sold in 2015. Then, his entrepreneurial instincts kicked in.

He gravitated towards New York City because of family considerations. His mother lives on the East Coast and he wanted his children to be closer to their grandparents. However, the move also yielded some professional advancement.

“There was a big hole in the market. We just realized that there was an enormous opportunity to really build a community and help the start-ups grow and help the investors invest. It was one of those once-in-a-lifetime opportunities that you had to take when it’s so obvious that it’s really good it’ll be a shame not to take advantage,” he said.

“Same thing goes for fashion, media (and) healthcare. But there was nobody bringing this all together for real estate.”

The community that Metaprop has built has resulted in a very strong first year for the accelerator. Since its launch last June, Metaprop has taken in five companies, which, in turn, have raised $6.5 million and created jobs for about 20 employees.

“We thought our goal of establishing a nexus for the real estate technology world in New York would take a couple of years. We ended up doing it in less than one year. We exceeded our own ambitious expectations on that,” Block said.

MetaProp recently opened the application period for its 2016 class, which will be anchored by flexible leasing platform, Flip.

The 22-week program is focused on driving business growth and accelerated market penetration. It includes up to $250,000 in financing per selected company; access and introductions to decision-makers, pilots, sources of global investment capital and media; and a real estate curriculum led by adjunct professors.

“As the first peer-to-peer property leasing marketplace, Flip is excited to work with MetaProp NYC to build meaningful partnerships with landlords and brokerages in New York City and throughout the country,” said Susannah Vila, CEO and Co-Founder.

“MetaProp NYC’s Accelerator will help provide us with the real estate access, intelligence and exposure to maximize our growth as we continue to build relationships with top landlords. Already, our pilot partnership with TF Cornerstone is the result of MetaProp’s efforts.”

While the accelerator’s growth has been rapid, it still faces a speed bump.

According to Block, he sees a generational resistance to real estate tech adoption, one that’s fading as people in their 30s enter leadership roles.

“This isn’t e-commerce, where everybody understands the technology that’s behind it. It’s still real estate and ownership can be fragmented, hyper-localized and from a generation that has had very little interaction with technology.

“So the next generation is a trend that we’re seeing in these companies. The people who are about our age, in their thirties, who are coming into leadership roles who are really pushing the real estate technology agenda. We have to be an authoritative source of information for them as they work through the bureaucracy within their organizations to make that family ownership structure commit,” he said.

Nonetheless, he says it’s only a matter of time until real estate catches up in terms of technology adoption. “There’s positive change. It’s all coming,” he said.