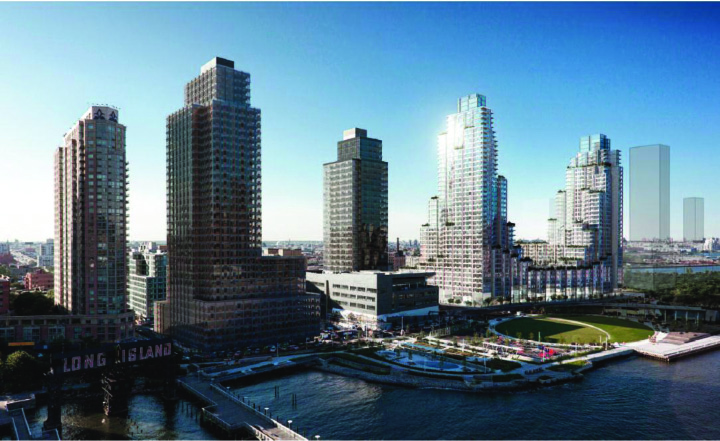 According to a permit application filed with the Department of Buildings, the company is looking to build an 800-unit, 774,624 s/f building at 52-03 Center Boulevard. The planned tower will have 766,551 s/f of residential space and 8,073 s/f of commercial space. If approved as proposed, the building would be 587 feet tall.

Planned amenities in the tower include a dog grooming room, valet parking,  a resident’ s lounge, a gym and an outdoor terrace. There will also be two retail spaces at the building’s ground floor.

The building is part of the second phase of TF Cornerstone’s Hunters Point South Towers project. The Department of Housing Preservation awarded the project to TF Cornerstone in 2013. The two-building complex is expected to contain 1,193 apartments.  Out of that total, 796 apartments will be affordable. Meanwhile, 100 units will be set aside for low-income seniors.

According to a previous article from Crain’s, the project was delayed due to disagreements between city, state and federal agencies. The dispute was due to a rail tunnel inside the site. This meant that Amtrak’s approval was necessary for the project to move forward. TF Cornerstone attempted to formulate a workaround, but was again halted when the New York Power Authority prohibited construction on the site.

SLCE Architects will design the building.