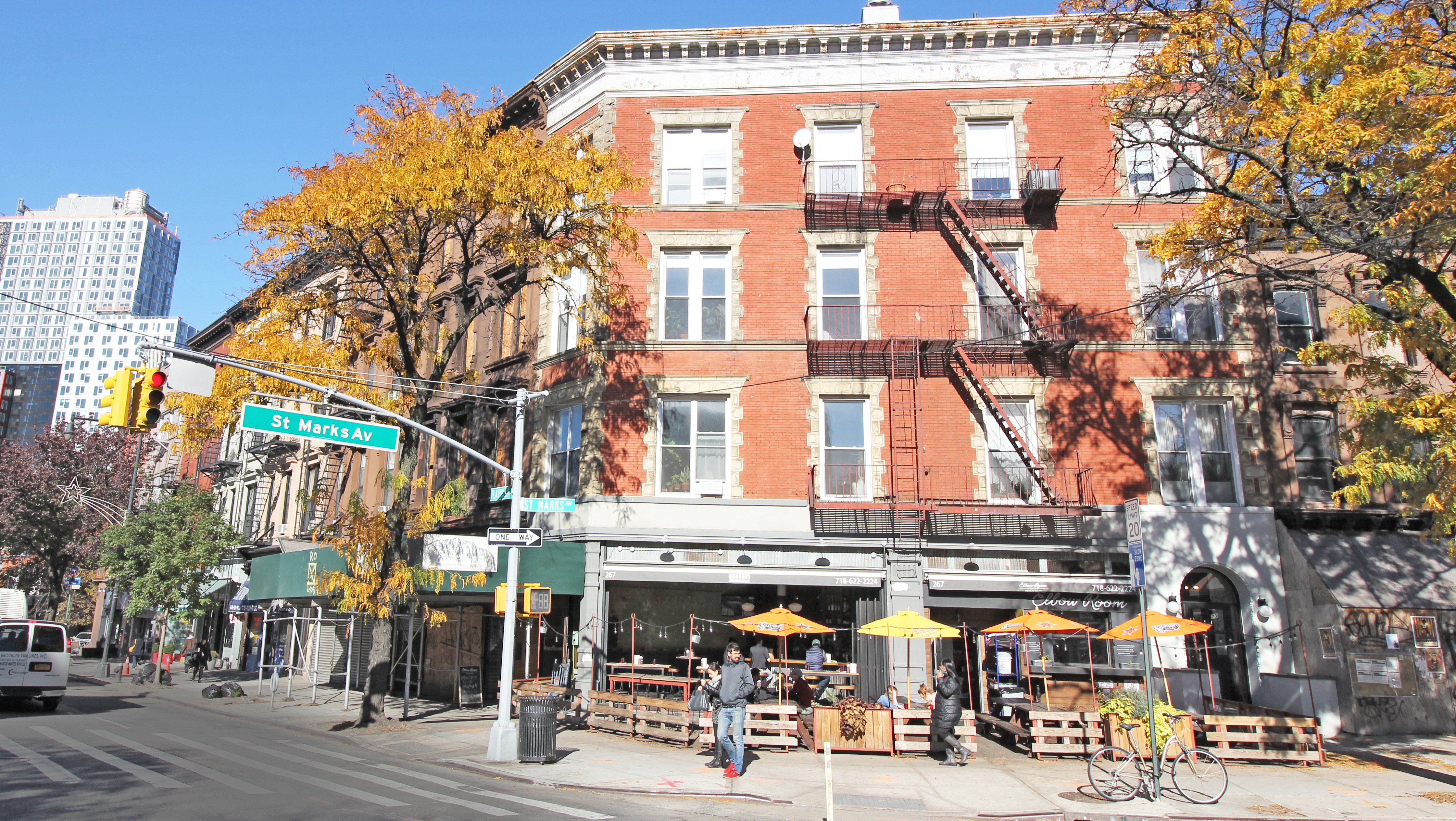 TerraCRG has been retained to sell 267 Flatbush Avenue, one of the most visible properties along Flatbush Avenue on the Prospect Heights and Park Slope border.

Ofer Cohen, Adam Hess and Dan Marks, along with their leading sales team, are marketing the mixed-use building with an asking price of $10,000,000.

“This is a unique opportunity to take advantage of the anticipated increased density and demographic shift in the area,” said Dan Marks, partner at TerraCRG.

“The property is within a few minutes’ walk of Pacific Park, one of the largest development projects in New York City with 8 million square feet of residential and retail coming to market,” continued Marks.

The four-story building is comprised of nine residential units, eight of which are free market, and one commercial unit currently occupied by acclaimed neighborhood favorite, Morgan’s BBQ.

The commercial space features one of the largest outdoor seating areas on Flatbush Avenue and a fully built out basement. In 2014, the property was fully renovated, including upgrades to all common areas, residential units and the retail unit. T

“Since the opening of Barclays Center four years ago, retail rents on Flatbush Avenue have more than tripled. This progression has made Flatbush Avenue one of the fastest growing retail corridors in New York City,” said Adam Hess, Partner at TerraCRG.

Over the past five years, Flatbush Avenue has become a destination for popular local and national retailers including Shake Shack and an upcoming Apple Store.