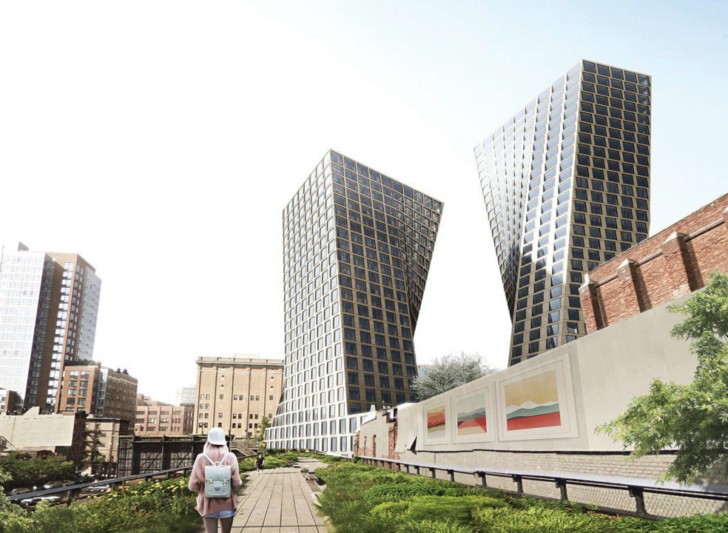 In addition to spurring mixed-use development, the implementation of the West Chelsea Special District rezoning has preserved the integrity of commercially zoned properties while fostering the growth of the area’s various galleries.

The Special District received certification from the Department of City Planning on December 20, 2004.

Without delay, developers and speculators began to negotiate and sign purchase agreements for properties located within its boundaries.

The City Council’s adoption of the Special District finally occurred on June 30, 2005 and, by the end of 2006, a total of 20 transactions had taken place in the Special District. Thirteen of these sales would lead to future condominium developments, all of which banked on the High Line being a success.

The blocks between West 16th and West 20th Streets and corridors along Tenth and Eleventh Avenues were now approved for residential use. This would bring about a host of novel developments, including the Shigeru Ban-designed Metal Shutter Houses at 524 West 19th Street and The Caledonia, a Related development.

Two additional developments, both lining the avenues on the west side of the district, Jean Novel’s 100 Eleventh Avenue and Manhattan’s first private en-suite sky garage at 200 Eleventh Avenue, capitalized on Hudson River views that were once unavailable to West Chelsea residences.

Prior to the collapse of Lehman Brothers in September 2008, land values settled at over $500 per buildable square foot.

Property sales volume in 2009 slowed to a crawl, with only two fee-simple interests in the district trading hands. By 2010, land values dipped 50-percent, with sales averaging $251 per square foot.

However, West Chelsea’s recovery would pace the land sales market for the rest of Downtown Manhattan, with the success of the High Line symbolizing a hockey stick affect for the short term dip in pricing.

As the New York Post reported in June of 2011, the High Line was responsible for $2 billion in private investment, adding 12,000 new jobs to the neighborhood.

Pricing would jump over 60 percent to an average of $404 per buildable square foot in 2011, increasing modestly until 2013.

In 2015, three land sales, averaging $1,024 per square foot, were recorded in the Special District.

Residential development continues to be restricted in sections of West Chelsea’s mid-blocks that remain M1-5 zoned. This allows blocks between West 20th and West 27th Streets to maintain their distinct commercial character, while continuing to allow many of New York City’s most famous art galleries to flourish.

Gallery owners such as Barbara Gladstone, David Zwirner and The Pace Gallery have all joined the property sales boom by purchasing land for their own use.

The Silvermintz family, along with the Savanna Real Estate Fund, will be building a nine-story, 166,000 s/f commercial property at 540 West 26th Street, where the majority of its space has already been pre-leased to Avenues: The World School. The balance of the new development will contain galleries and community facility space.

Now in 2016, it is evident that the West Chelsea Special District has transformed a landscape once filled with low-rise warehouse properties into a popular destination for native New Yorkers and visitors alike.

Since the inception of the West Chelsea Special District in 2005, over 2,500 residential units (approximately 1,800 rental units) have been added across 23 completed developments, with another dozen residential developments announced and over 700 additional units to come.

The most notable new development being the Bjarke Ingels designed 76 Eleventh Avenue, a city block sold by Edison Properties to HFZ Capital Group in May of 2015 for $870 Million.

With the success of the Meatpacking District to the south, coupled with the long awaited development of Hudson Yards and the opening of the 7 train extension to the north, West Chelsea will continue to blossom into one of Manhattan’s most intriguing and sought after neighborhoods.