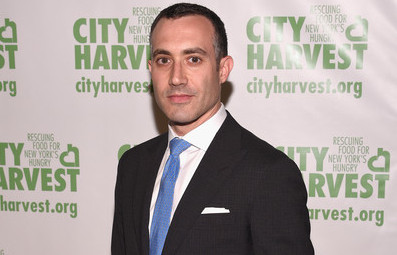 Before Randy Baruh was a successful real estate broker in New York City, he worked in another industry ripe with emotions and drama — theater.

Baruh, a broker at Corcoran with over 15 years of experience in the business, has had an award-winning career so far.

For the past three years, he has been named to Corcoran’s “Multi-Million Dollar Club,” and was ranked among the top two percent of 45,000 sales associates in parent company NRT in 2014 and 2015.
San Francisco native, he first came to NYC in 1996 after living in Moscow his final semester of graduate school at Carnegie Mellon University, where he graduated with an MFA.
Baruh began directing plays, and in 2000, won a directing fellowship from The Drama League. It was around this time that he decided to get a real estate license as a day job, an idea that had always been there.

“It was always something kind of in the back of my mind,” said Baruh. His family has been in the real estate business since the 1950’s in California and all around the country. His grandmother was a commercial broker in San Francisco in the 1950’s and 1960’s, at a time when almost no women were commercial real estate brokers.

“Then when I started doing it, I really enjoyed it,” said Baruh. “I don’t like the typical nine-to-five job. From all the theater and creative stuff, it was just a perfect fit. I could work from home, cafes, walk around the city, treasure hunt looking for buildings, and I liked the idea of helping people.”

Baruh got his start in Manhattan, where he worked for 12 years before diving into the Brooklyn market after he moved to the borough with his wife and newborn son. In typical New York fashion, he found that it was all about who you know.
He began helping his friend’s landlord rent apartments, a man who owned “hundreds and hundreds” of buildings around the city. He did well, and the landlord recommended him to some of his friends, and soon, Baruh was running a team to serve all of the landlord’s properties.

“Being a good director is really being able to communicate in a way that resonates with other people, and to understand what their needs are, and to be able to kind of put out fires, too, and deal with high emotional situations,” said Baruh. “Those kinds of skills overlap and it was just kind of a natural thing.”

Baruh can count Oscar-nominated actors in film, on Broadway and on TV as some of his clients. Through his background in directing plays, he built a network of clients in the entertainment industry, helping many famous actors buy and sell apartments in NYC, including Vinyl star Bobby Cannavale and his partner Rose Byrne, best known for her role in the movies Neighbors and Bridesmaids and more recently, actress Jennifer Carpenter, who starred in Dexter and Limitless.

His very first sale came through a friend of his who was looking to buy an apartment in the city. It was just after he married his wife, and he had been doing strictly rentals, around 130 a year, working 12-hour days, seven days a week.

“It was a lot more fun,” he admitted. “It was a little bit of a better lifestyle change. I still do rentals, I’ve been doing them for so long I don’t want to lose it, I like that business.”

After moving to Brooklyn Heights with his wife and newborn, the former Brooklyn novice got to know his new borough, and soon began doing deals there himself, instead of referring Brooklyn clients to other agents.

Nowadays, competition is cutthroat among prospective buyers in the booming borough, and Baruh regularly bears witness to the high drama that low inventory and high demand inevitably generates.

“Multiple bidding wars, customers worried about overpaying, underpaying, group sellers, there’s a lot of high emotion in Brooklyn right now,” said Baruh. “There’s a ton of buyers, not a lot of inventory, and when something great comes up, everyone wants to see it.”

He recalled a few recent open houses where 150 people showed up to three separate showings, and there were multiple offers after the first showing — at 10 percent above the asking price.

Baruh has been focusing on a new development project that will be a collection of townhouses in Boerum Hill. He has been working closely with the developer, something he looks to do more of in the future.

“Working on a project from its inception, getting to be very creative, I love doing that,” said Baruh.
His advice for those looking to buy in Brooklyn? The time is right when the money’s right.

“People ask me ‘when is a good time?’ I would say right now,” said Baruh. “When you have the money to invest in real estate, my philosophy is you should do that. People will be wanting to move here for a long time. Even if you have just a little studio somewhere, someone will want to rent it and then buy it.”

Another philosophy Baruh lives by in his career is that if you’re doing things right, success will follow.

“You want to work with people with good habits; honest, upfront, and have the customer front and center,” he said. “I feel like so many real estate agents just have money in front of their faces, that customer service is a secondary thing, and it gives a lot of other agents not such a great name. They feel like they can just get money and do a deal and disappear. But if you put the customer first, more business will come and the city will take care of you.”

NEW DEVELOPMENT: Leasing underway at Aalto57; Gotham comes to market with The Ashland