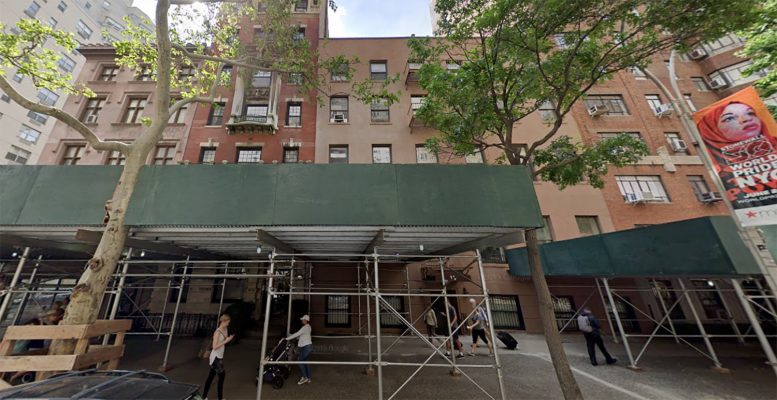 “We are committed to making the building contextually appropriate with the surrounding neighborhood.”

Madison Equities last week filed plans to demolish a pair of 1848 five-story houses at 14-16 Fifth Avenue which were combined into apartments in the 1930s and replace it with a 244 ft. tall luxury apartment tower in the landmarked Greenwich Village Historic District.

But the plan has drawn the ire of some in the local community who believe the new skyscraper would be out of context with the neighborhood.

Aware that the plan was afoot, over a year ago the Village Preservation sent documentation to the NYC Landmarks Preservation Commission regarding the historic significance of the over 170 year old structures at 14-16 Fifth Avenue.

Built by Henry Brevoort, the buildings were once among New York’s most exclusive addresses, constructed as Gothic Revival mansions, and were home to artist Bret Harte, as well as a prominent Civil War general, a French baroness, and a prominent magazine editor .

“Madison Realty Capital’s plan to destroy this historic building with twenty affordable housing units to replace it with eighteen super-luxury condos that will tower over the entire neighborhood is an insult to Greenwich Village and New York City,” said Village Preservation executive director Andrew Berman.

“The application for a tower of these proportions in a historic district is unprecedented; the request to

demolish a landmarked historic building is entirely unjustified, and the plan to replace rare affordable housing units with a smaller number of super-luxury ones that will likely only serve as third or fourth home to international jet-setters is deeply troubling.”

According to NYC Open Data, the average heights of the buildings along Fifth Avenue in the Greenwich Village Historic District is 140 feet. The average height of buildings on the block between 5th and 6th Avenues is approximately 70 feet.

Because the building is located within the landmarked Greenwich Village Historic District, the plan can only proceed after public hearings and a decision by the NYC Landmarks Preservation Commission as to whether or not it is appropriate to demolish the existing building, and if so, if the planned replacement is also appropriate for the site and historic district.