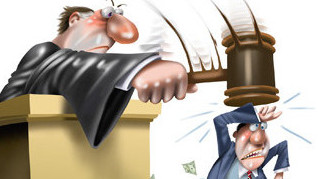 The city may miss out on collecting $2.09 million in tax revenue over the next five years due to the incorrect classification of 197 buildings in Brooklyn.

According to a new audit from Comptroller Scott Stringer, the errors are in the records kept by the city’s Department of Finance.

He claims that the agency mistakenly classified buildings as residential in spite of their use for commercial purposes.

“The Department of Finance mixed up its mixed-use properties which could cost the City $2 million if not corrected,” Comptroller Stringer said.

“Instead of collecting the proper taxes that help pay for affordable housing and children’s education, nearly 200 property owners were incorrectly taxed at a lower rate.  It’s time for the DOF to correct the tax rolls and collect these funds going forward.”

According to the DOF’s definition of property assessment terms, buildings in New York City are divided into four classes.

Class 1 buildings are residential properties with up to three stories: this includes family homes, condominiums with less than three stories and small stores or offices with two apartments attached.
Class 2 buildings are residences that don’t fall under Class 1. This covers three sub-classes: Class 2-a are rental buildings with four to six units, Class 2b have seven to ten units and Class 2C are co-op or condo units with two to ten units. Class 2 also covers buildings with eleven units or more.

Stringer said that the DoF misclassified the buildings as either Class 1, Class 2a and Class 2b instead of Class 4.
The report, which covered the agency’s assessments until May of 2015, said that 191 of the buildings should be taxed at 45 percent of market instead of the six percent rate for residential buildings.

In the audit, Stringer’s office found a three story building that was listed as a “Primary Residential Property with Stores or Offices.”

An investigation found that there was a store on the first floor and multiple offices inside the building, which justified Class 4 status. This resulted in a 27 percent tax hike from $24,020 to $32,690.

The DoF responded to the comptroller’s report by pointing out that 140 of the 197 properties have already been reclassified and reassessed. Out of the remaining parcels, only 16 required further inspection. The other 41 properties did not require a tax class change.

“The $2 million assumes that the DOF would not have made these corrections over a five year period. By local law, we are required to observe every parcel over a three-year period – meaning we would have detected the need to reclassify before the assumed five-year period,” the agency said in a statement sent to Real Estate Weekly.

The organization also disparaged the findings by saying that the buildings in question represent a small fraction of the total number of mixed-use properties in Brooklyn.

A representative for the agency pointed that there are 15,592 mixed-use buildings in the borough. Across the city, there are one million properties that are expected to generate nearly $24 billion for fiscal year 2017.

View from the top: 2016 about recalibration