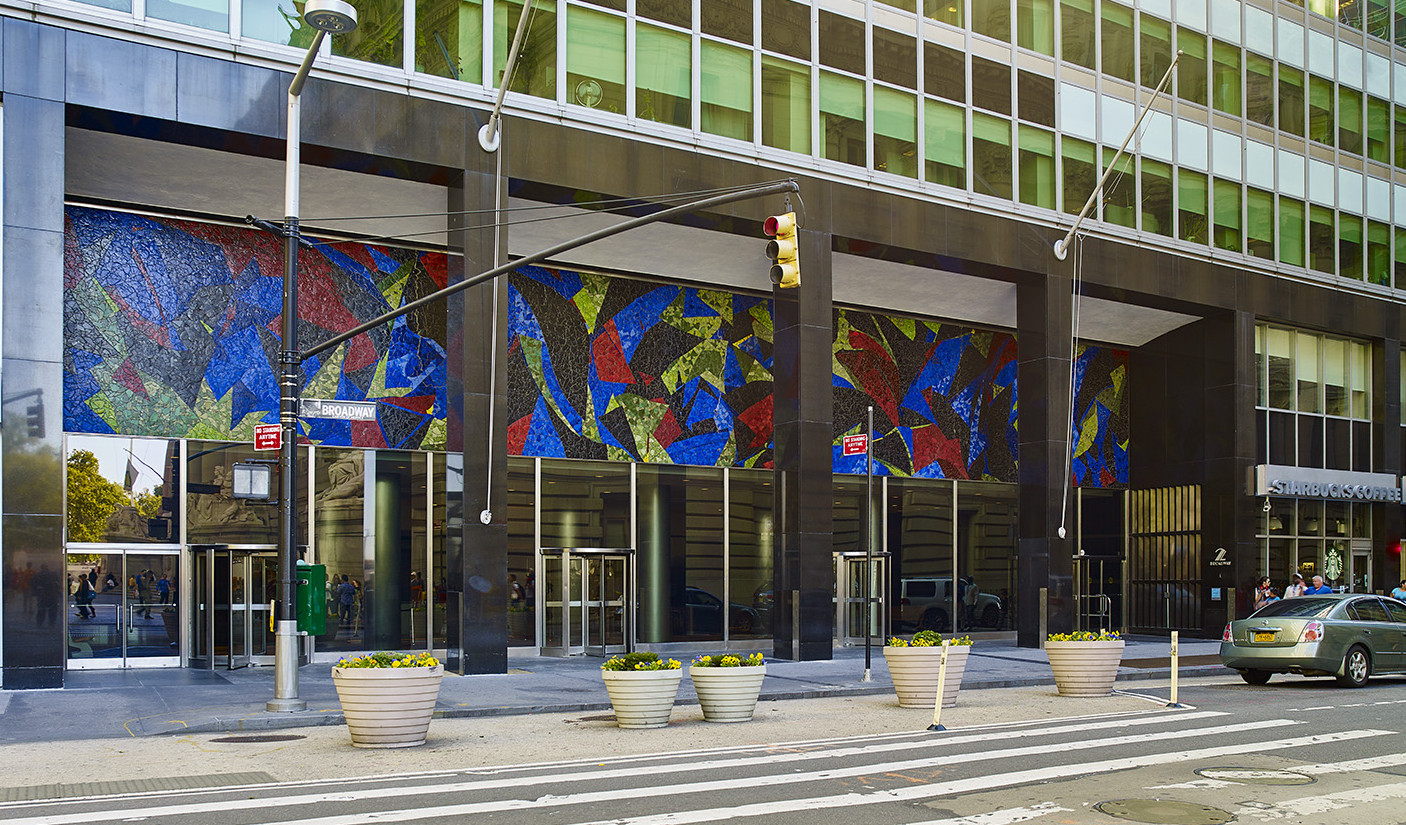 With an array of flood mitigation improvements designed by Boddewyn Gaynor Architects, D.P.C. (BGA), the first phase of a large-scale program is in place to protect 2 Broadway in Lower Manhattan against future catastrophic storms.

The building, a 1.6-million-square-foot Class-A office tower leased by the Metropolitan Transit Authority, suffered extensive flood damage when Superstorm Sandy struck the city in October of 2012. The property is managed by Transwestern Commercial Services.

Built in 1959 and extensively renovated in 1999, 2 Broadway absorbed approximately 30 feet of water in its basement when Sandy’s massive storm surge enveloped a large swath of the financial district.  The building occupies the lower end of Broadway, across from Battery Park.

In its role, BGA assembled documents for the architectural portion of the project, which included the installation of demountable, exterior flood barriers around the perimeter of 2 Broadway. A BGA team surveyed the perimeter of the building, which has exposures on four other streets besides Broadway, and identified the points of vulnerability. These include exterior vents and entrances, sidewalk grates, an underground parking garage, retail spaces, and mechanical and electrical equipment rooms in the basement.

Flood mitigation barriers at the building exterior were designed in accordance with the latest FEMA standards and based on the varied topography of the site, which slopes from Broadway downhill to Broad Street.

The flood barrier elevation varied around the building, thus requiring a range in barrier height from as little as four feet to as much as ten feet. Working with Presray, a supplier of flood mitigation products, BGA implemented a barrier system of interlocked planking.

In conjunction with DLB Associates, BGA designed the relocation of domestic water pumps to higher elevations within the basement and relocated the building’s emergency electrical systems.