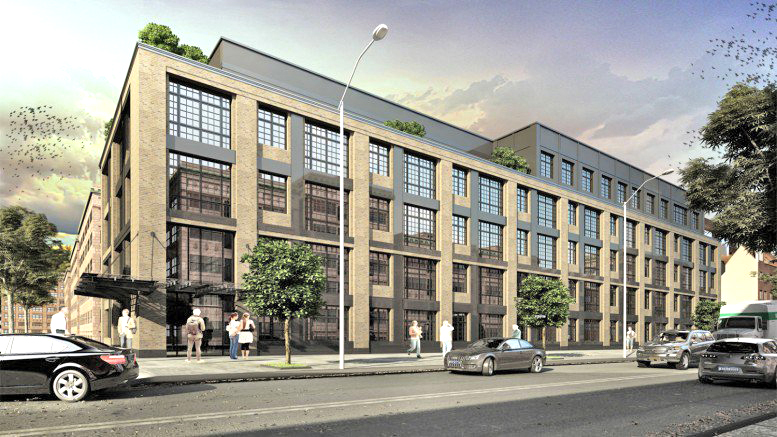 The company closed on its acquisitions of the retail co-ops at 169 Mercer Street and 424 Broome Street in SoHo, company executives announced.

“We continue to believe strongly in the retail market in SoHo, which is increasingly becoming a major upscale destination for international visitors and locals alike,” said Joseph Sitt, CEO of Thor Equities.

Offers are being solicted for one of the few undeveloped corner sites in West Chelsea.

A team from Cushman & Wakefield has been retained to sell the Highline Portfolio, a group of propreties being offered for sale for the first time in over 30 years.

The properties, located at 505 West 22nd Street and 203, 205, and 207 Tenth Avenue, feature protected rooftop views of the Chelsea Historic District to the east and the High Line running north and south.
The buildings have 162 ft. of frontage, affording the site prominent exposure for retail tenants in a rapidly developing part of the city.

The properties total 26 apartments and four ground floor retail spaces, all along the avenue.

Additionally, the site has 7,185 s/f of air rights that may be used for development in a neighborhood that commands condominium sell-out values of over $3,000 per square foot.

“The High Line Portfolio presents a rare opportunity to purchase one of the last prime corners in West Chelsea left undeveloped. Being adjacent to the High Line to the west and having light and air preserved by the Chelsea Historic District to the east also makes it one of the best corners,” said Cushman & Wakefield’s Brock Emmetsberger, who is exclusively marketing this property along with Winfield Clifford.

“From location and in-place income to retail frontage, development rights, and flexible zoning, the High Line Portfolio is one of Manhattan’s premier investment properties,” added Clifford.

The company purchased 333 Thornall Street in Edison, a class A office building located in Metropark, a major transit hub.

Known as Metroview, the property is approximately 96 percent leased and includes 196,000 s/f of office space. It is located adjacent to Mack-Cali’s 343 Thornall Street.

“Metroview is a great complement to our existing 195,700 s/f asset next door and is another in a series of moves designed to refocus our holdings toward transit-based office assets,” said Mack-Cali president Michael DeMarco.

“This market is known for its strong rental demands and high occupancies, owing in part to its location just down the road from the nearby transit hub, making it an ideal example of what we are striving to accomplish with our new strategy.”

333 Thornall Street is a LEED Silver certified building near routes 287, 1, and 27, as well as the New Jersey Turnpike and Garden State Parkway.

The nearby transit hub offers both NJ TRANSIT and Amtrak service and is within walking distance of the complex.

The company plans to integrate its existing building with the new acquisition through the construction of an interconnected, landscaped walkway providing access to the shared amenities, as well as terraced, outdoor seating and various exercise components creating a 400,000 s/f campus.

The acquisition of 333 Thornall Street is part of Mack-Cali’s strategy to focus resources on transit-based real estate, as well as waterfront properties.

The purchase of 333 Thornall Street is one of the new leadership team’s high profile moves in that direction.

Sealed bids are due December 8 for the auction of the Riverview Corporate Campus at 48 Monroe Turnpike in the Fairfield County, CT Town of Trumbull.

Madison Hawk, LLC will conduct the auction event which will include the sale of the two-story, 252,948 s/f building and the 17.67 acres where it sits.

The property was constructed for conversion to multi-tenant use and has B-C zoning, which will allow for repositioning into alternative uses.

The corporate center has undergone a full modernization and has 15,000 s/f of data center equipped with three 500KW backup generators. There is also over 1,230 parking spaces, primarily covered under the building and in the parking structure.

The properties currently consist of two adjacent vacant commercial buildings with 43,000 s/f of mixed-use retail/residential development rights. The site offers over 200 feet of frontage on Wyckoff Avenue.
The property has been sold to active developers, The Loketch Group.

Yona Edelkopf, CEO of EPIC Commercial Realty, described Ridgewood as “a very interesting area to developers. Demand for rentals has increased steadily in the past few years, and the price of rentals has kept pace with that demand. The buyers grabbed the deal at the record breaking price of $261 per BSF, as they have extensive holdings in the area, and know its value will only increase as time goes by.”

The Loketch Group is planning to develop a five-story building with 54 units that average 795 s/f each. 29 of the units will be duplexes. There will also be a 1,000 s/f recreation space on the fifth floor, as well as a 420 s.f roof deck. It will also include a parking lot with 27 spaces.

The architectural and design components of the project will be helmed by JFA.

Eastern Consolidated has been selected as the exclusive broker to market a landmarked, mixed-use East Village property at 4 St. Mark’s Place, whose first owner in 1833 was Alexander Hamilton’s son. The asking price is $11.9 million.

One of the rare surviving and significantly intact large Manhattan townhouses of the Federal period, 4 St. Mark’s Place is over 10,000 s/f and offers four, free market apartments and 5,668 s/f of retail space on the first floor and lower level.

Since 1975, the retail space has been occupied by the legendary vintage clothing retailer Trash & Vaudeville, which is relocating to a new site.

Ron Solarz, executive managing director and principal of Eastern Consolidated, and Nataliya Stelmakh, associate director, are serving as the exclusive brokers marketing the property. Gary Meese, senior director of financial services, is the analyst for the deal.

“The vacant retail space on the first floor and lower level will offer a new owner significant future upside on a vibrant East Village street that attracts a tremendous amount of foot traffic,” Solarz said.

“Over 53,600 students attend major colleges and universities in the area including Cooper Union and the Manhattan Campus of St. John’s University, which are half a block from the property, and New York University, which is a few blocks away, making the area highly desirable for use as student housing.”

Holliday Fenoglio Fowler (HFF) has been named to market for sale 148 Duane Street, a luxury residential conversion opportunity in Tribeca.

The property also includes a penthouse unit that will feature a private swimming pool and more than 3,500 s/f of outdoor space post renovation.

“We are excited to be marketing this rare opportunity to acquire a classic loft elevator building primed for conversion to luxury condominiums in New York City’s most desired residential neighborhood,” said Anton.

The seller has all of the various approvals and permits to renovate the entire property.

In a joint venture, Dalan Management and Avenue Realty Capital have partnered to purchase four contiguous buildings located at 194-196 Avenue A and 503-505 East 12th Street in Alphabet City for $16.75 million.

The four four-story mixed-use properties, 16,586 s/f each, feature 15 apartments and three retail spaces. The seller is a group led by Lucky Bhalla, who had owned the property since 1996.

“We are excited to control four buildings on a prime corner of Avenue A and 12th Street in the East Village,” said Daniel Wrublin, a principal at Dalan Management.

The properties are in good condition, but we have substantial improvements planned to take them to the next level.”

The deal was brokered by Todd Jacobs of Bold New York who acted on behalf of the purchaser, and Kevin Salmon of Khizer Salmon who represented the seller.

IN PICTURES: Sales get underway at Boutique 67