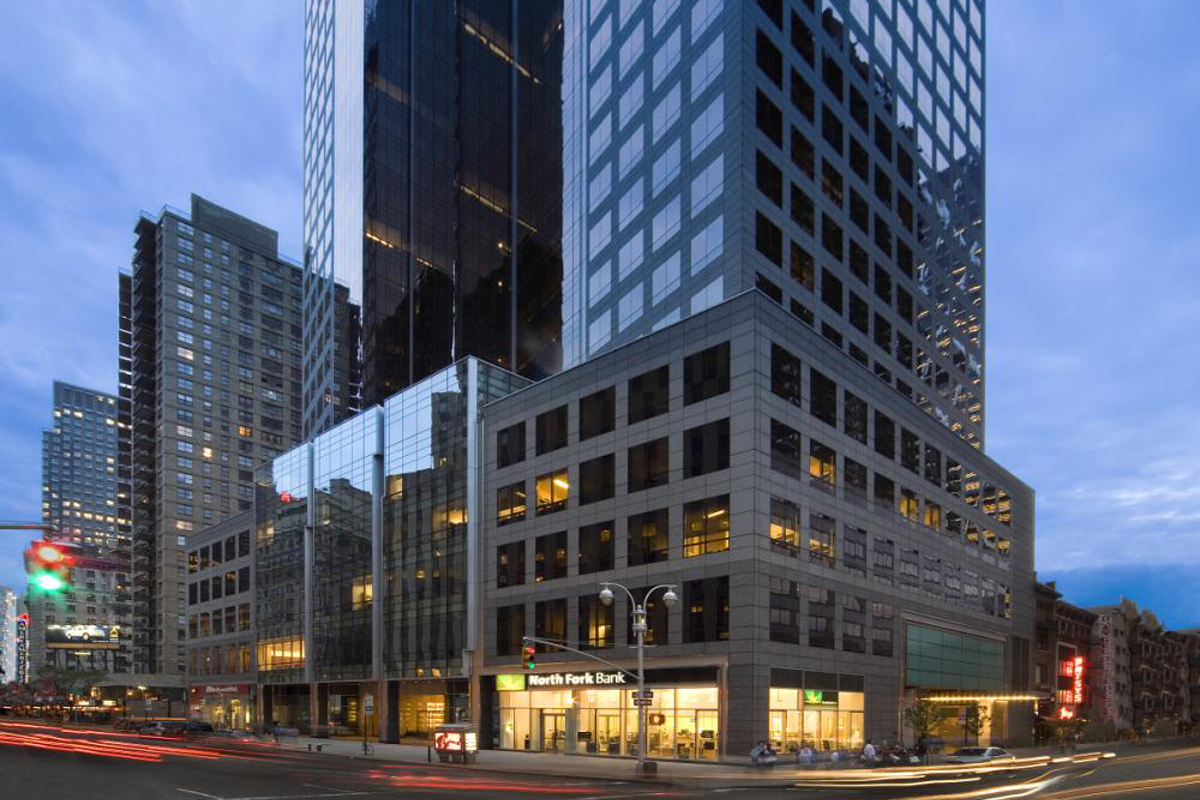 SL Green has been working to build shareholder value through a buyback program launched in the summer of 2016. The company reinvests its proceeds from sales into its own stock.
The move has helped boost investors confidence in the stock, according to market analysts.

New York City’s biggest commercial landlord has been making some big moves selling its properties, most recently with a trio of buildings that totaled $700 million.

Last week, SL Green and joint venture partner Ivanhoe Cambridge announced they entered into a contract to sell the leasehold office condominium at 1745 Broadway (pictured top) in Manhattan for $633 million, or $939 psf, to an institutional client of Invesco Real Estate.

“After securing a long-term lease extension with investment grade tenant, Random House, and stabilizing the asset, we determined that this was the right time to monetize our success with the property and redeploy that capital into more accretive investment opportunities, including our share repurchase program,” said SL Green’s co-chief investment officer, David Schonbraun.

The deals followed several big sales by the REIT since last fall, starting with 600 Lexington Avenue for $305 million in November 2017. SL Green first acquired the building in May 2010 for $193 million, through a joint venture, and eventually took full ownership of the property in December 2015. The property is currently 99 percent leased.

In March, SL Green sold a property in Gowanus for $115 million, and announced plans to re-invest $70 million in proceeds from the sale into its own stock. The three-acre development site at 175-225 Third Street was purchased in 2014 for $72.5 million through a joint venture with Kushner Companies and LIVWRK, a deal that had SL Green owning 95 percent of the property.

“Our ability to readily monetize assets at attractive valuations in a market where there is significant appetite for investment enables us to repurchase our stock at a meaningful discount to the private market valuation of New York City real estate, while maintaining liquidity for future investments and conservative leverage levels,” said Andrew Mathias, president of SL Green, last month.

The joint venture had originally planned to build a housing and “artists maker” development along with an esplanade along the infamous Gowanus Canal.
Proceeds from the Gowanus sale were expected to be used to continue the company’s stock repurchase program, which it expanded in December 2017 to $1.5 billion.

Essex Crossing getting real as financing hits $1.3B