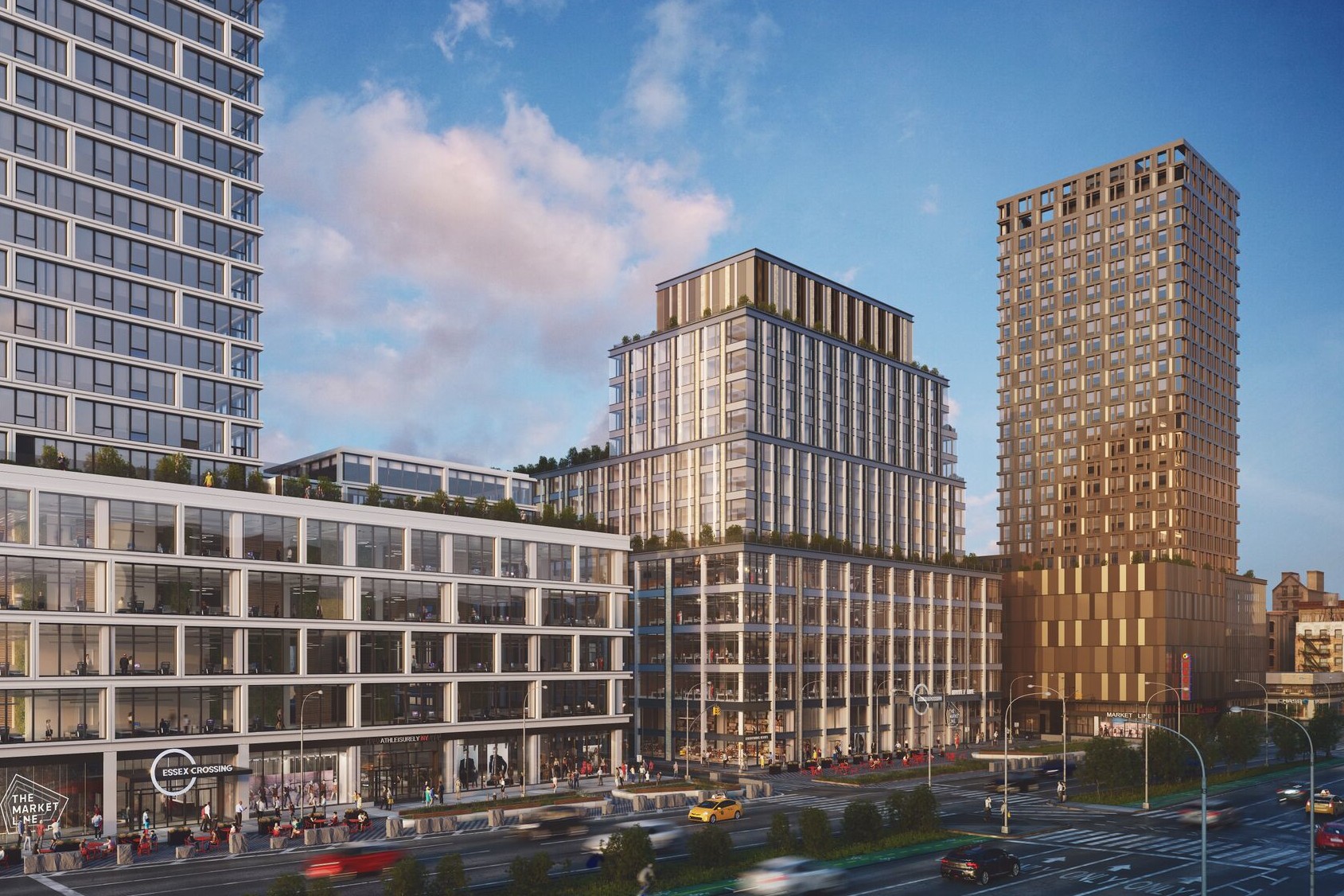 Essex Crossing getting real as financing hits $1.3B

Delancey Street Associates (DSA) has closed on financing for the construction of 202 Broome Street in the Essex Crossing development.

202 Broome will be the seventh of Essex Crossing’s nine sites to close and begin construction, and the final site of the project’s second phase. DSA has now closed on $1.3 billion of the project’s overall $1.5 billion in financing.

Construction will be funded through a $260 million acquisition and construction loan from Square Mile Capital Management.

Construction will start soon and the building is scheduled to open in 2021. The total development cost is expected to be $290 million.

202 Broome, also known as Essex Crossing Site 3, was designed by CetraRuddy. Financing was arranged by an HFF team of Evan Pariser and Scott Aiese.

Charles Bendit, co-chief executive officer of Taconic Investment Partners, said, “With the closing and start of construction at 202 Broome, seven of Essex Crossing’s nine sites are now either open or underway, residents are moving in, and much of our retail will open in 2018 .”

Essex Crossing is coming to life with its first residents moving int the Rollins at 145 Clinton in February. An adjacent 15,000 s/f public park will open this year along with a new Target and Trader Joe’s. Sales have surpassed 50 percent at 242 Broome, a 55-unit luxury condo expected to open later this year. 242 Broome will also house the new home of the International Center of Photography, expected to open in 2019. And, across the street at 115 Delancey Street, rental leasing is expected to begin later this year.