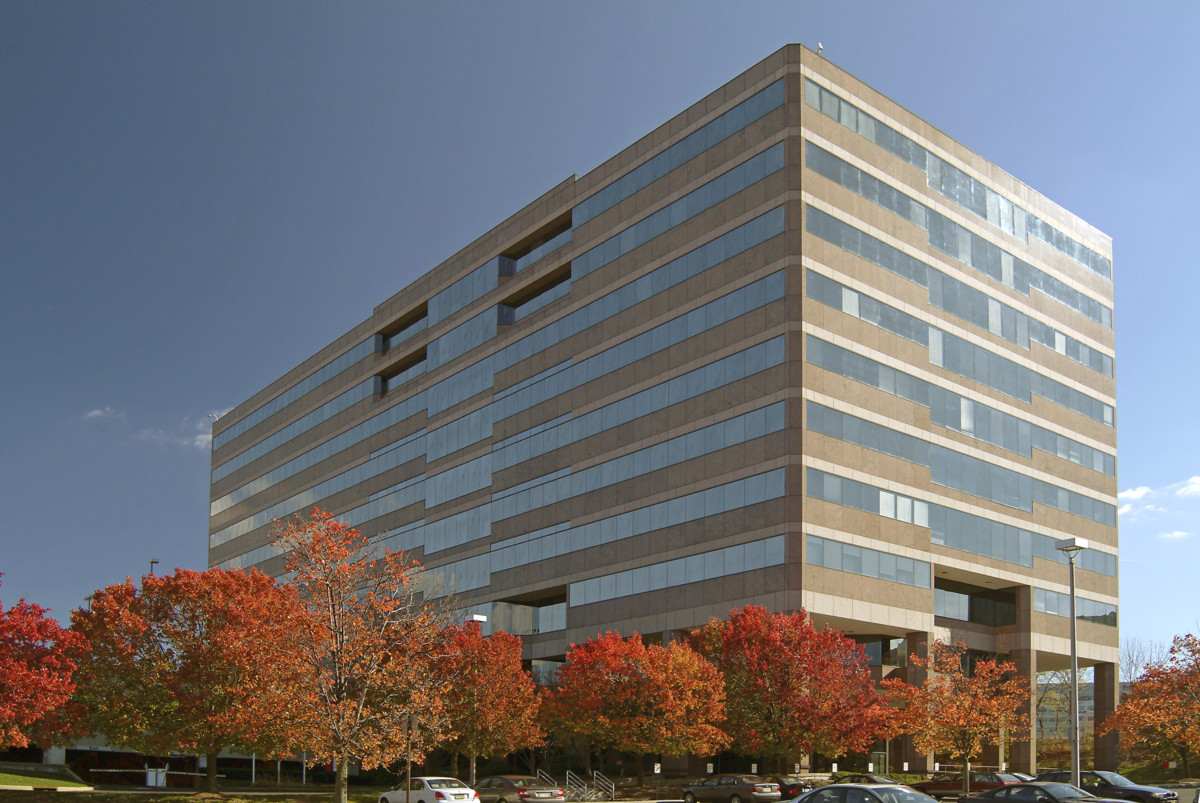 Metro 101 was developed in 1990 for Engelhard Corporation. Spear Street Capital purchased the property in 2008 and orchestrated an extensive renovation that positioned the 10-story building for multi-tenant occupancy.

Now 95 percent occupied, Metro 101 offers above-standard amenities, including food service and covered parking, and is located adjacent to the Hilton-Woodbridge.

The property is located directly off Exit 131 of the Garden State Parkway, just north of its intersection with the New Jersey Turnpike, within walking distance of NJ Transit’s Metropark train station.

“MetroPark continues to be one of the most desirable locations in the State of New Jersey,” Merin said.

“Businesses appreciate being on a main commuter line into and out of New York City, and on Amtrak’s Northeast Corridor. Investors continue to pursue best in class buildings in the most competitive markets, and the significant interest we saw for this offering attests to MetroPark’s strength in that regard.”

NGKF Capital Markets has been retained by Mack-Cali as the exclusive agent to arrange the sale of the 237,295 s/f Monmouth Executive Center office complex in Freehold, New Jersey.

“The award-winning, on-site, property management and institutional ownership of the complex has maintained the park in highly marketable condition, setting it apart from the rest of the submarket’s office inventory,” said Schultz.

“The sale of Monmouth Executive Center is a strategic continuation of Mack-Cali’s effort to dispose of non-core assets to reinvest in transit-oriented assets,” noted Executive Vice President and Chief Investment Officer of Mack-Cali, Ricardo Cardoso.

Marcus & Millichap has arranged the sale of 243 Canal St., a six-story office and retail building in Chinatown.

“The retail portion of the property was delivered vacant along with a portion of the upper floors,” said Barbara Dansker of Marcus & Millichap’s Manhattan office. “The balance of the leases expire in 2017.”

Dansker, along with Steven Lusby and Zachary Ziskin, also in the firm’s Manhattan office, represented the seller and procured the buyer.

The approximately 21,700-gross-square-foot property is located directly in front of the Canal Street subway station on the north side of Canal Street between Lafayette and Centre streets.

The building has two elevators, a full basement with 11-foot ceilings, a ground-floor retail unit and five floors of open, loft-style office space.

The 16-story, 114,000 s/f mid-block prewar loft office building is located in Chelsea, two blocks from the entrance to the High Line and the new Hudson Yards Development.

The Partnership plans to completely transform the mid-block building by upgrading the systems, infrastructure and amenities to offer value to the burgeoning TAMI tenant market.

“This is our fourth and perhaps most exciting acquisition,” said Michael Reid, a principal of Herald Square Properties.

“We have an extremely strong and experienced ownership team with the Marciano Investment Group and we are buying an exceptionally well-located building with great bones, light and air, and upside potential.”

Capital improvements planned for 251 West 30th Street include an expansion and renovation of the lobby and the restoration of the street level façade. The Partnership plans on implementing a prebuilt program also.

The acquisition represents the fourth pre-war commercial building purchased and repositioned by Herald Square Properties in the past few years, including 1372 Broadway, 142 West 36th Street and 234 West 39th Street.

William G. Cohen, Executive Vice President and Principal, Newmark Grubb Knight Frank was the broker representing both the buyer and the seller.

Cohen will also serve as leasing agent for the building.

Representing the Borrower for the transaction was Douglas Heitner of Kasowitz Benson Torres & Friedman.

Eastern Consolidated has been retained to sell a six-story, Tudor-style elevator rental building at 862 Union Street in Park Slope Historic, one block from Grand Army Plaza and Prospect Park.

The asking price is $25 million.

The building’s 50 apartments include a mix of free market and rent regulated units, which range from studios to three bedroom s as well as a super’s unit.

“This is a tremendous opportunity for an investor to purchase an architecturally stunning, 50-unit pre-war elevator building in Park Slope,” Burk said.

“The property’s location is second to none allowing investors to acquire a trophy asset in one of the most sought-after neighborhoods not only in Brooklyn, but in all of New York City.”

Gensburg added, “The building is rare because it has remained a rental in a neighborhood where almost all of the rental buildings have been converted to co-ops.”

One down, two to go in Rechler disposition

Rechler Equity Partners, the largest owner of commercial real estate on Long Island, recently announced the sale of 1516 Motor Parkway — the first of three buildings the company intends to sell in 2016.

Last year, as part of its disposition program, Rechler Equity Partners made the strategic decision to target properties that no longer fit within its portfolio profile.

The company has identified three properties, including the recent sale of 1516 Motor Parkway, to sell in 2016 with the hopes of continuing to capitalize on current market trends that have led to significant profits for the company and their investors.

The next property Rechler Equity intends to put on the market is 19 Nicholas Drive in Yaphank.

The 232,000 s/f warehouse and distribution facility is leased short-term and offers an investor/user direct access to the Long Island Expressway service road.

Eastern Consolidated’s Polsinelli, along with Michael Hunter Coghill and Evan Papanastasiou  are requesting offers on behalf of the ownership. Gary Meese, senior director, Financial Services, is the analyst for the deal.

“SoHo maintains its cachet as a world-class shopping destination, making 52 Greene Street attractive to investors from all over the world seeking to take advantage of this much sought after neighborhood,” Polsinelli said.

Coghill continued, “This is a great opportunity for an owner-user looking for retail and office space or a value-add investor looking to acquire irreplaceable frontage on Greene Street with future upside.”

Papanastasiou added, “With unused development rights and significant redevelopment potential, the building would be ideal for repositioning as a boutique condominium or flagship store.”

Team gets to art of the deal

Eastern Consolidated has arranged the sale of a historic six-story, 13,150 s/f cast iron loft property at 124 West Houston Street in Greenwich Village that was owned for decades by the late artist/architects Madeline Arakawa Gins and Shusaku Arakawa.

Eastern Consolidated director Jonathan Schwartz procured the buyer, a private investor.  Gary Meese, Director of Financial Services, was the analyst for the deal.

Gins, a poet, painter, and architect who died in 2014, and her husband, the artist Shusaku Arakawa who died in 2010, bought 124 West Houston Street in 1966. Proceeds from the sale will go to the Reversible Destiny Foundation, which Gins and Arakawa established in 1987 to promote an inventive style of art/architecture.

“The Arakawa/Gins Building has a rich history of innovative art and architecture produced by the original owners and other artists including Bob Dylan, who used the ground floor as his private rehearsal studio,” Hauspurg said.

“Because the property was under the same ownership for 50 years, the building’s remarkable original architectural details remain intact.”

Schwartz said ,“This property will give the new owners a blank canvas that will allow them to come in and redevelop a unique space on one of the hottest commercial corridors in New York City.

“The building is located in a residential zoning district with commercial uses permitted on street level, making it ripe for multiple uses.”

In their long careers, Gins and Arakawa completed a park, office building, nine Reversible Destiny Lofts in Japan, and the Bioscleave house in East Hampton.

An exhibition at the Guggenheim Museum displayed 30 years of their work.

Castle Lanterra Properties (CLP) has acquired 1825 Apartments, a 455-unit community in Pflugerville, a suburb of Texas’ state capital of Austin.

CLP founder and CEO, Elie Rieder noted this is the third Austin acquisition for the N.Y.-based firm.

Community features include a resort-style pool with a waterfall, a 24-hour fitness center, a business center with WiFi access, outdoor playground and petpark, carports, attached and detached garages, and a recently renovated clubhouse.

“In addition to renovating the clubhouse, the effort included new roofs and siding at Cottages, exterior repainting, the installation of solar panels, and unit improvements. Our business plan calls for the continuation of upgrades to the units, as well as additional property beautification, upgrading the amenities already in place, and other proposed enhancements.”

The acquisition marks CLP’s third to date in the Austin residential market. In 2015, it purchased Stonegate, a 452-unit apartment community near downtown Austin, and earlier this year acquired Villas Tech Ridge, a 350-unit Class A apartment community located within the master planned development of Tech Ridge.

CLP managing director, Austin Alexander, who recently relocated to the city to oversee the firm’s operations in the southern region, said, “As a long term owner, we look forward to contributing to the continued growth of this market.”

No injuries after minor fire at Pacific Park building in Brooklyn