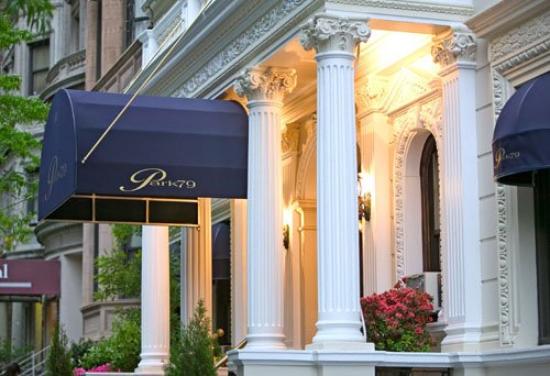 Fairstead buys former illegal hotel on the Upper West Side

Fairstead Capital has just acquired the Park 79 Hotel on the Upper West Side, months after the hotel was cited for operating without proper permits.

The hotel, which is located on 117 West 79th Street, sits right across the street from Central Park and the American Museum of Natural History. It is a pre-war building that contains 108 rooms. When the property went into the market last February, it contained 32,172 s/f of space and stood seven stories tall. The asking price was $31 million, according to a press release from Cushman & Wakefield.

The deal comes seven months after the hotel received a citation from the city’s Department of Buildings. Park 79, which was supposed be a single room occupancy (SRO) building for low-income adults, was operating as a hotel without a valid certificate of occupancy, according to a previous report from the West Side Rag.

After receiving the citation, the hotel’s owners insisted that the closure was only temporary. “The hotel is not closing. There’s going to be renovation going on,” one of the hotel’s owners, Larry Goldstein, told the West Side Rag.

Fairstead, which counts CBRE Chairman of Global Brokerage Stephen Siegel as one of its partners, took just over two weeks to complete the acquisition. The company first became aware of the opportunity in June 13 and closed the deal on June 29. The company declined to provide details of their plans for the building. However, a press release for the property promised “a world-class conversion opportunity” to turn the hotel into condominiums.

Originally constructed in 1907, 944 Market Street includes over 43,000 square feet of office space and ground-floor retail, plus a basement level.  The interiors include efficient 5,300-square-foot floor plates with high, open ceilings and exposed brick. Renovations to the building – completed in 2012 – include a refreshed main lobby and improvements to tenant spaces. The property is currently 100% percent leased to tenants including Hack Reactor, HelloSign, Rescale and Brandon College.

The partnership plans to reposition the property and complete façade restoration work, an elevator modernization and improvements to the common areas and building systems.

“The acquisition of 944 Market Street marks another major milestone for the Synapse/AQARAT partnership as we continue to expand our real estate portfolio in urban markets,” said Justin Palmer, CEO of Synapse Development Group. “We are proud to have worked with the ULLICO team on this acquisition. This is our second project in the Mid-Market neighborhood, and our team remains focused on investing in this corridor of San Francisco.

944 Market Street is located in the heart of The Downtown and Civic Center neighborhood, near the corner of 5th and Market Street. The building is located across the street from Westfield Mall, Nordstrom Rack, Sacks Off 5th Avenue, as well as the Market Street Place development. It’s also situated in a transit-oriented area with easy access to public transportation, and is located adjacent to the Powell Street BART Station.

Synapse Development Group and AQARAT are currently working on a several other development projects including YOTEL San Francisco, located on the corner of Market and 7th Street in the Mid-Market neighborhood, and a recently completed land assemblage located just off of the Lorimer Street L-train stop in Williamsburg, Brooklyn.

Luxury condo building on the LES snapped up

DHA Capital, a New York City-based real estate investment and development firm, announced that it has closed on the acquisition of 75 Kenmare Street – a planned boutique condominium comprised of 38 one- to four-bedroom homes ranging in price from approximately $1.7 million to over $12 million.

Located in Manhattan’s NoLita neighborhood, the building will also have about 8,000 square feet of retail at its base.

“We expect very strong demand for this product, as there is nothing else like it on the market,” said Dan Hollander, Managing Principal of DHA Capital. “In addition to bringing together two highly coveted design teams, 75 Kenmare is also is also located in the heart of Manhattan’s most sought-after neighborhood.”

With an existing parking garage on the site, DHA Capital, along with partners AMS Acquisitions and First Atlantic Real Estate, first entered into contract to purchase the property in 2015. They have since tapped musician Lenny Kravitz’s namesake firm, Kravitz Design to lead interior design. Demolition is expected to begin by early to mid-summer 2016 with construction commencing shortly thereafter. Construction loan and acquisition financing is being provided by Deutsche Bank. Sales, headed by The Eklund Gomes Team at Douglas Elliman, are slated to begin in fall 2016. The building is expected to be ready for move-ins by fall 2018.

The design of 75 Kenmare is thoughtfully considered to exude modern luxury. Rich materials, including numerous unique natural stones, textured metal, and rich oak are juxtaposed carefully throughout the building, creating spaces that feel contemporary and refined, but also warm and inviting. Andre Kikoski, renowned architect and winner of the AIA Institute Honor Award for his work at the Guggenheim Museum, is the executive architect and is leading exterior design of the project.