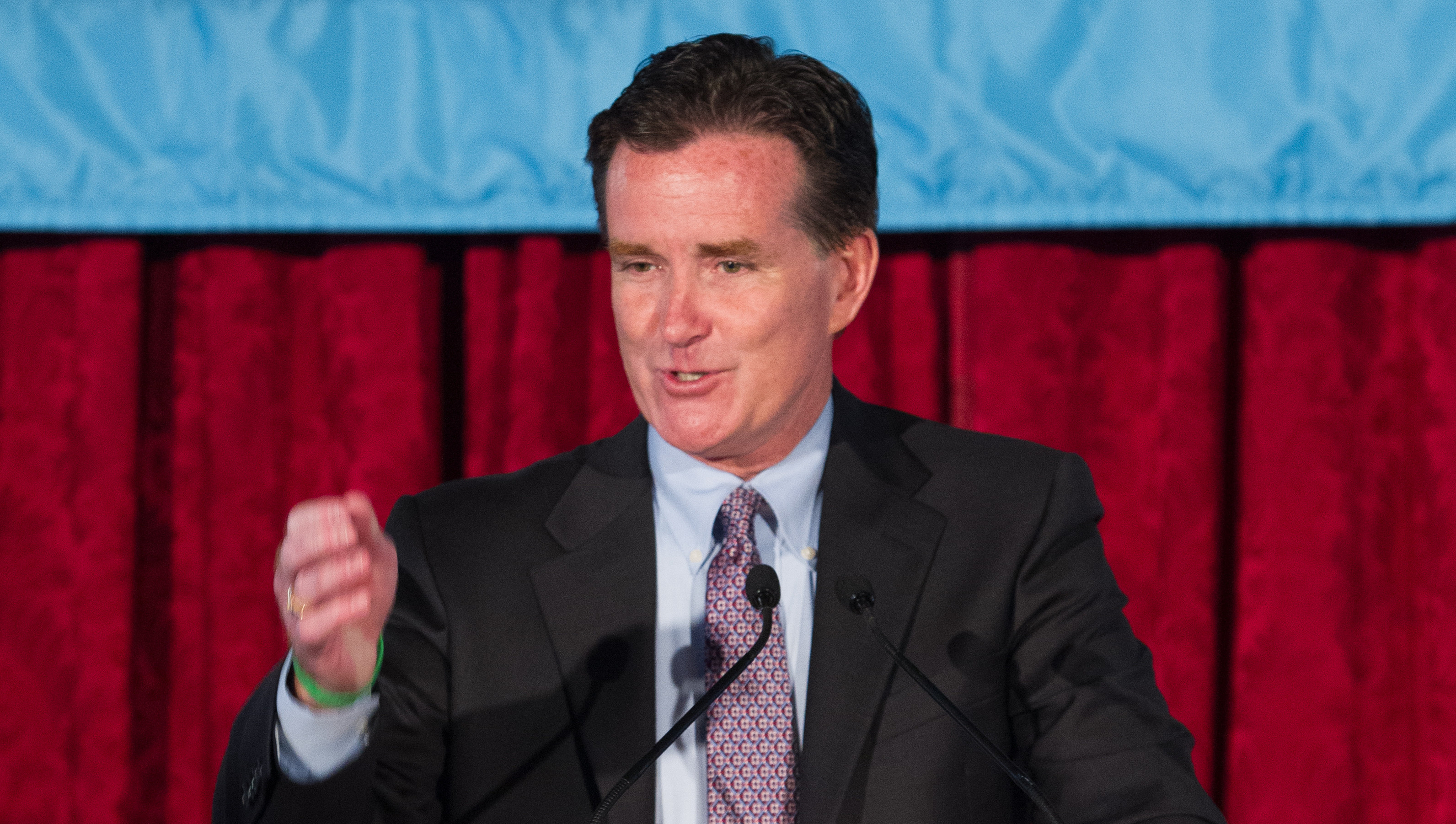 New York State Senate Temporary President and Majority Leader John J. Flanagan offered a wide-ranging update on the recently-concluded legislative session in Albany and the status of a number of issues important to the design, construction, and real estate industry, during a New York Building Congress Construction Industry Breakfast Forum held at the Metropolitan Club on June 29.

Turning to issues that most directly affect the construction industry, Senator Flanagan noted the Senate, Assembly, and Governor Cuomo had come together on a plan to increase capital funding for the State Department of Transportation and the Metropolitan Transportation Authority, as well as set aside $1 billion for the expansion of the Javits Center, which will be constructed using the design-build approach.

In a frank exchange during the question-and-answer period, Senator Flanagan pointed to a lack of consensus as the primary reason why certain building industry priorities – including an expansion of design-build authority to include the City of New York, an emergency responder act, and a new 421-a program – were not resolved during the session.

Referring to the expiration of the original 421-a program as a “missed opportunity,” Senator Flanagan nonetheless expressed optimism about a future compromise, saying “No one can provide greater leadership in this area than Governor Andrew Cuomo. In my humble opinion, if he puts everybody in a room, sits everybody down, and tells everybody that nobody’s going home until things are negotiated and compromised, then I think we can get there.”

Senator Flanagan also took a moment to describe his admiration for New York City and the industry. “The more time I spend in this City, the more I learn, the more I interact with people, and the more I appreciate its history, beauty, and complexity,” he said, while also applauding the way the City’s residents, especially those in the building and construction industry, banded together following September 11. He added, “New Yorkers proved that under the worst circumstances, we can be at our best.”

Senator Flanagan’s address was preceded by remarks from Building & Construction Trades Council of Greater New York President Gary LaBarbera, who responded to a recent Building Congress report on the record level of construction employment in the City.

“Every indication is that the industry will continue to be robust over the next several years,” he said, citing the Building Congress’s finding that industry employment has reached its highest level in over four decades. Mr. LaBarbera explained that the building trades have made adjustments to successfully support New York’s building boom and meet the intense demand for skilled labor, including the creation of new categories of workers and increasing the number of apprentices.