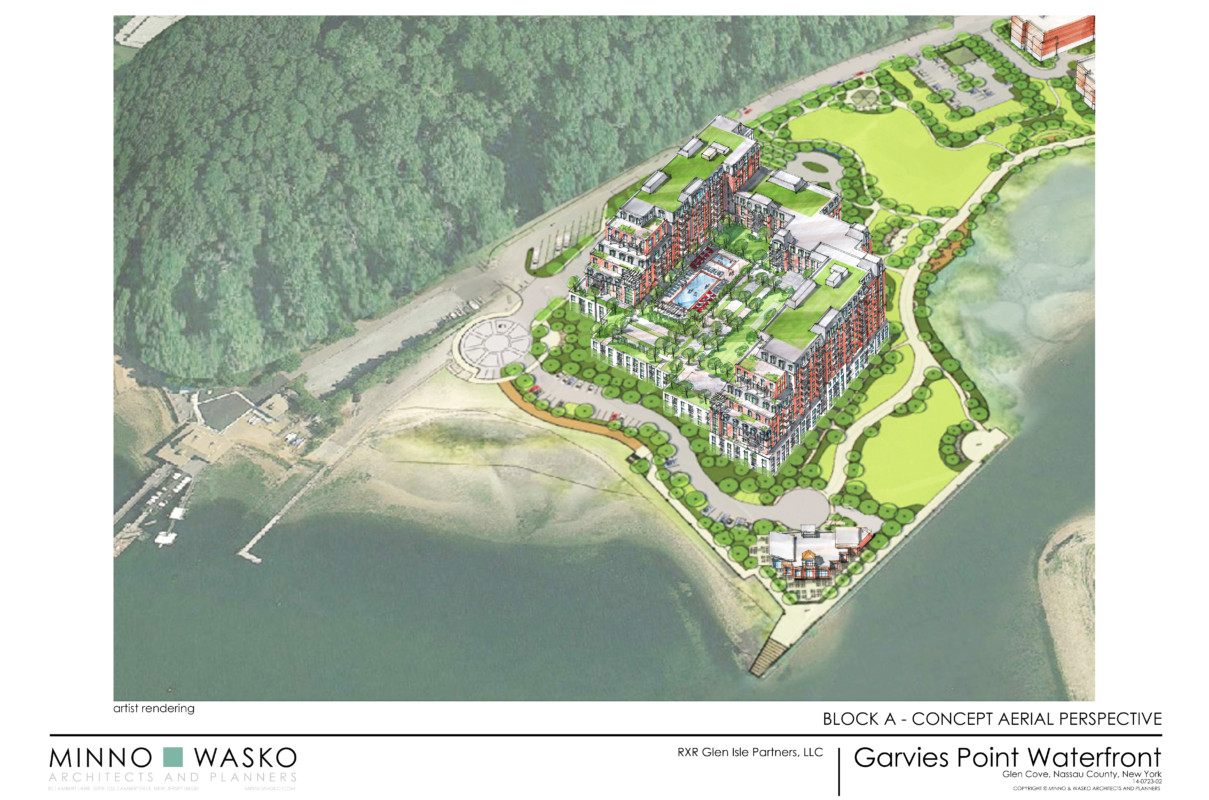 BK Developers and RYBAK Development purchased the site at 88 Withers Street in all-cash transaction valued at $11.5 million, or $340 per buildable.

Maddigan represented both the buyer and the seller, Withers 88 Group, LLC, a group led by Christian Pompa of Caro Enterprises.

According to Maddigan, the sale is a sign of a healthy land market.

“The amount of land deals we’ve executed for high prices is a solid indication of the market’s stamina, regardless of navigating the current challenges,” said Maddigan.

The 125 by 100 ft. corner development site was delivered with approved plans for a 39,000 s/f mixed-use building comprised of 33 residential units and a ground-floor retail unit.

88 Withers Street located in one of Brooklyn’s most desirable live-work-play neighborhoods. It can be accessed via the L train at Lorimer Street and the G train at Metropolitan Avenue.

RXR Realty has closed on the purchase of the final land parcel for its $1 billion plan to restore 56 acres of Glen Cove’s waterfront into a mixed-use community.

The developer paid the City of Glen Cove $25 million for the site.

“The closing on the purchase of this site is a tremendous milestone on the path to reclaiming Glen Cove’s waterfront,” said RXR chairman Scott Rechler.

“This is an opportunity to build a brighter future for generations of Glen Cove residents to come. We are grateful to Mayor Spinello and the City of Glen Cove for entrusting us with the stewardship of this incredible waterfront, and look forward to delivering on the promise of Garvies Point in the months ahead.“

The 56 acre Glen Cove development will include 1,110 LEED-certified residential units, 75,000 s/f of shops and restaurants, 28-acres of public open space and amenities, and on-site parking.

Construction will begin in the coming weeks. The first phase, which the open space, waterfront parks, an educational ecology pier and other amenities, will be completed approximately 24 months from the start of construction.

“These entirely rent-regulated buildings with 40 total units were sold to a local investor who saw the value of their location and the slated Second Avenue subway,” said Garvin.

234 East 95th Street is a five-story, walk-up located between Second and Third Avenues. It is comprised of 20 one-bedroom units of which 19 are rent-stabilized and one is rent-controlled.

The building contains nearly 8,200 s/f with an additional 7,508 s/f of air rights. The final sale price equated to nearly $670 per square foot. 446 East 88th Street is also a five-story, walk-up located between Second and Third Avenues. The 27-foot-wide property is comprised of 20 one-bedroom, rent-stabilized units and contains nearly 9,000 s/f as well as 1,988 s/f of additional air rights. It sold for nearly $760 per square foot.

The properties are located within a few blocks of area attractions such as Gracie Mansion, Carl Shurz Park and Asphalt Green.

The property is the seventh acquisition in HPI Real Estate Fund IV LLC, which is managed by Hamilton Point Investments. The fund closes to new investors in December.

Troy Farms is a 304-unit commyunity located in Delaware, Ohio, just north of Columbus. Built in 2006, it is comprised of 41 two and three-story residential buildings on 28.5 acres.

Delaware is one of the most rapidly growing communities in the State of Ohio.

“We like the property and the market and our basis, which is well below replacement cost for 2006 construction,” said Matt Sharp, Hamilton Point Investments co-founder and managing principal.

A Canadian based firm has made its first investment in New York real estate, buying two Chelsea apartment buildings from Slate Property Group.

Slate fully renovated the buildings’ common areas and interior apartments during its two years of ownership. The developer paid $16.75 million for the properties in 2014.

“This transaction is consistent with Slate’s business model of repositioning older buildings into high-end rental properties in Manhattan,” said Nussbaum.

“We are excited about the sale and are actively pursuing similar transactions in the market.”

Mondivan Real Estate Development is run by Kevin Cheung and Scott Wang from headquarters in Vancouver. According to published reports, the two grew up in Vancouver and are backed with capital from their Hong Kong-based families, who develop real estate in Shanghai.

NGKF Capital Markets has been retained as the exclusive advisor to Citibank N.A  to offer for sale its former bank branch at the locally and nationally landmarked 2 South Broadway in Tarrytown, New York.

The two-story 7,048 s/f historic bank building is located in the center of the village.

It is being marketed by NGKF’s Kenneth L. Zakin, Patricia Valenti and Salvatore Ferrigno at an offering price of $4.2 million.

The Spanish Renaissance style, yellow-brick building was constructed in 1898 when it housed the Westchester County Savings Bank. It was later expanded in 1933 in its original likeness. Since that time, the property was occupied by several banks before it was taken over by Citi in 2012. The architectural features such as its arched windows and striking stone façade merited the building landmark status in 1982.