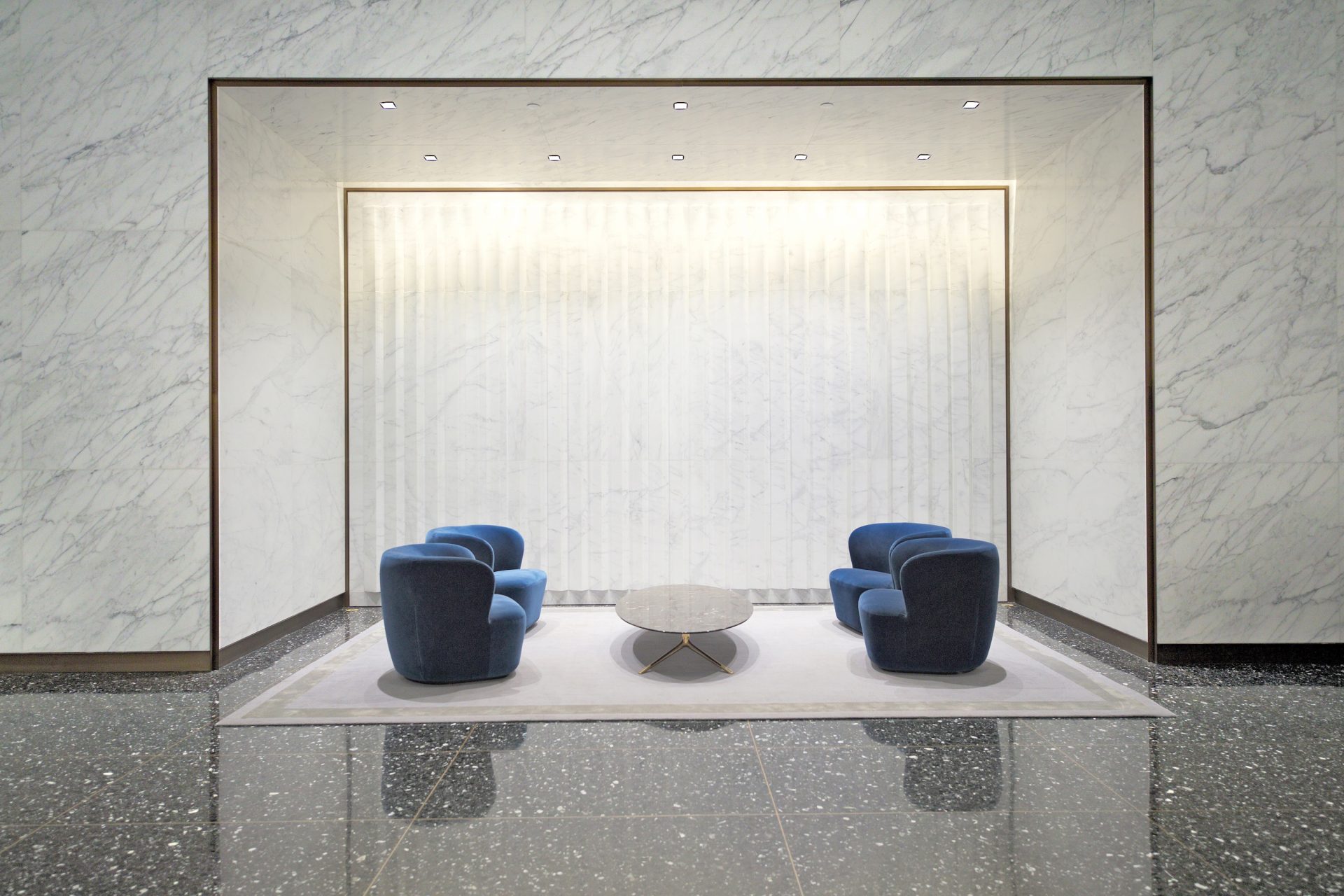 The Rudin Family has completed construction of the redesigned lobby of its 30-story office building at 55 Broad Street in Lower Manhattan.

Rudin commissioned architectural firm Fogarty Finger to reimagine the entrance and the lobby at the 425,000 s/f tower, which is located on the corner of Broad Street and Beaver Street.

Security has been upgraded and a new reception desk, new seating and an increased presence from the street level incorporated.

Since completing the renovation, fintech company Dailypay has expanded to an additional floor, taking over 22,000 s/f at 55 Broad Street. “The new lobby design will modernize 55 Broad Street for decades to come,” said Samantha Rudin, Senior Vice President at Rudin.

“In working with Fogarty Finger, we created a lobby that merges the coolness of marble and a contemporary design with classic, warm details. Tenants and visitors alike will be welcomed into a space that is both new and timeless.”

The project continues Rudin’s ongoing reinvestment in its existing New York City commercial portfolio. Most recently, the company redesigned the lobby and public areas of 41 Madison in the Flatiron District, and completed a major renovation of its ground floor plaza and subway entrance at 560 Lexington Avenue in Midtown East.

Developed by the Rudin Family in the early 1960s and designed by Emery Roth & Sons, 55 Broad Street has long been regarded as one of the most significant smart buildings in the history of Lower Manhattan.

The building was originally designed as the headquarters for Goldman Sachs before being occupied by Drexel Burnham Lambert.

In the early 1990s, the Rudins worked to renovate, reengineer and transform the property into one of the most technologically-advanced towers in the world.