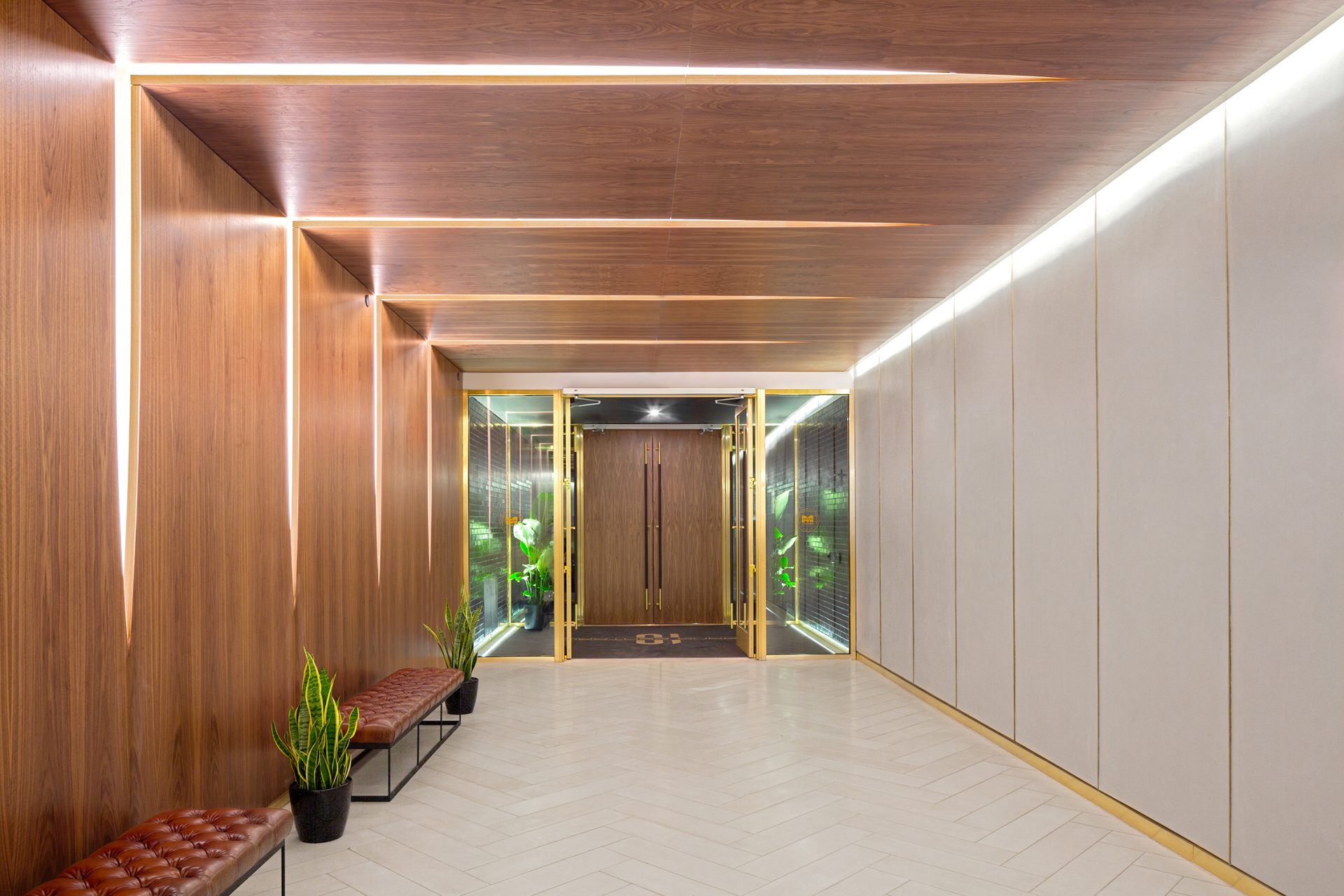 The company previously announced the completion of a redesigned lounge, terrace, and conference space at the building as part of the $45 million repositioning of the 35-story Ely Jacques-Kahn designed building located at 155 East 44th St.

The repositioning represents a design disruption in the office sector with a hospitality-like appeal that includes details such as a signature scent, customizable mood music and video art installations throughout the building.

The lobby and entry have been relocated to the building’s original 44th Street location, orienting the property towards Grand Central Terminal, as the original design intended.

“The redesigned lobby fulfills our vision to transform the space at 10 Grand Central to an office experience unlike anything currently available in the New York City office market,” said Craig Deitelzweig, CEO of Marx Realty.

“We have translated this repositioning strategy into a wildly successful hotel-meets-office package that sets a new standard and creates a space that embraces hospitality in a meaningful way. It’s a truly special atmosphere with a highly stylized look and feel that begins right at the front doors and transitions throughout the building while paying tribute to the building’s original design aesthetic.”

The company recently delivered 7,500 s/f of seventh-floor amenity space, including a lounge connected to a terrace, and a conference facility.

According to Deitelzweig, the redesign has resulted in over 130,000 s/f of new leases.