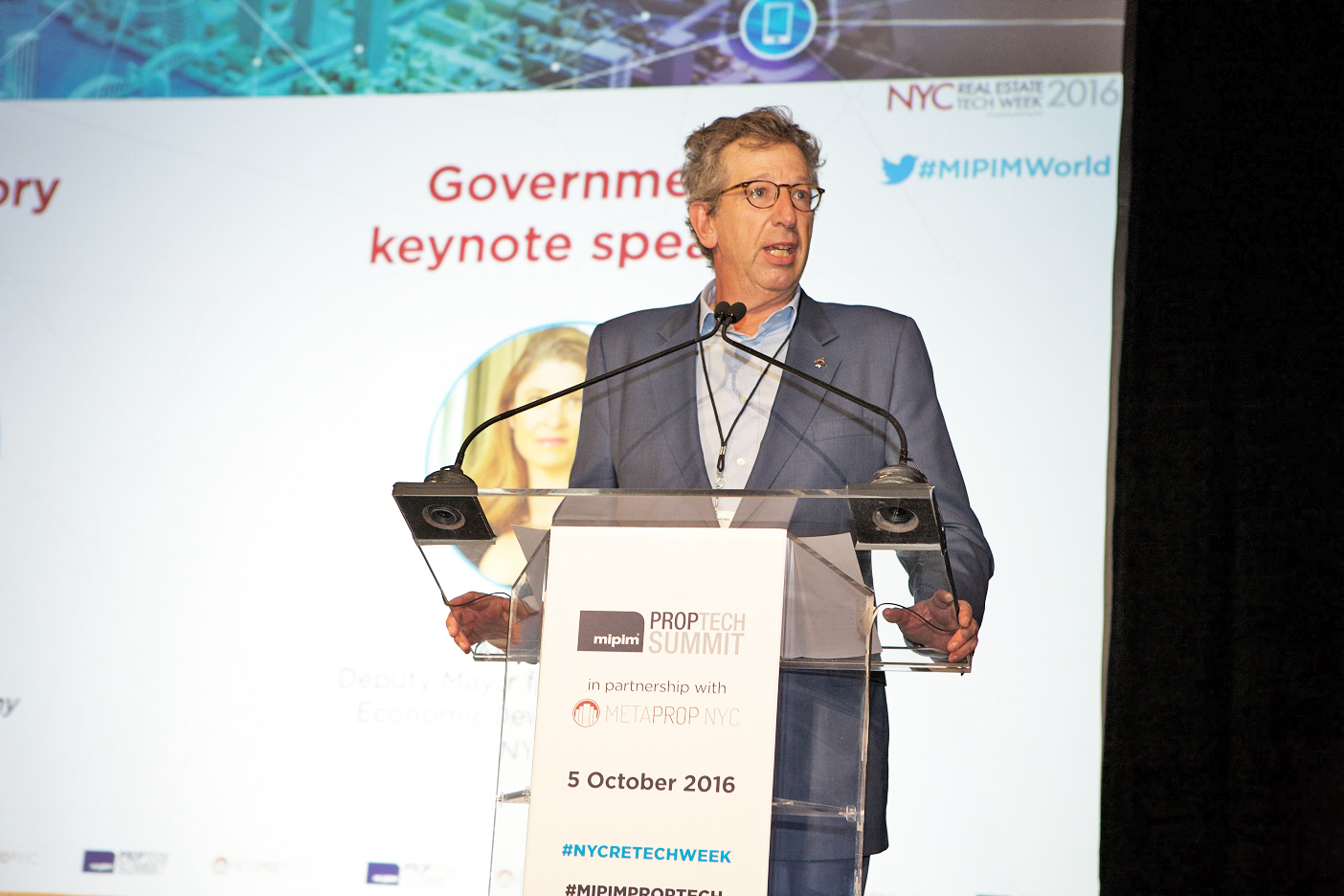 Speaking at the event at The Altman Building Rudin said, “Today’s MIPIM PropTech conference is a great example of the many opportunities for creative and smart individuals who provide services and software to help enhance the value of new real estate.

“By combining the expertise of MIPIM and MetaProp NYC, we have provided our delegates with a unique event to discover the increasingly important role of tech within the real estate industry, while also bringing together tech innovators and real estate leaders,” said Filippo Rean, Head of Reed MIDEM’s Real Estate Division.

Reed MIDEM and MetaProp announced the winners of the New York City leg of the competition, who will go on to compete against startups from stops in London and Hong Kong at the final competition during Reed MIDEM’s MIPIM event, in Cannes, France, in March 2017.

This was the first conference in North America to be part of the MIPIM series of events, which includes MIPIM UK, MIPIM Asia Summit, MIPIM Japan and the MIPIM flagship event in Cannes, France, a four day exhibition, conference and networking event with more than 23,000 international attendees.

It was also the first of the MIPIM series to focus exclusively on the future of the real estate market and the impact of technology.

“We thank Reed MIDEM and all our partners for their efforts in making this summit a can’t miss event that will grow exponentially in the future.”