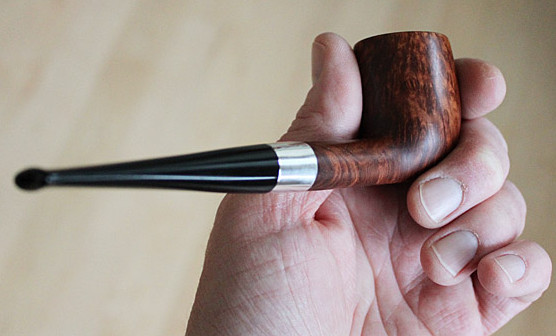 CBRE Retail’s Amira Yunis, along with Jonathan Moss M&M Retail Luxury Consulting, Inc., teamed to complete the transaction.
Jon Pokoik, a vice president of 575 Madison Avenue’s ownership, Steinberg & Pokoik, remarked: “We are ecstatic to have been able to reconfigure the current tenancy in our building to provide Breitling with this amazing corner location that will produce the retail showcase they want in New York City.”
“This was an extremely complicated deal that took many months to complete and had many moving parts,” said Yunis.
“However, the final outcome is a spectacular success for all, as Breitling brings its premier global brand to 575 Madison, where it will expand its New York flagship store.”
This flagship transaction will reposition 575 Madison Avenue. Breitling will move into a reconfigured space that encompasses portions of the existing Geox and Destination Maternity stores, both of which are closing.
The new Breitling Boutique will have a double-height storefront and will become the largest Breitling Boutique in the world.
The remaining availabilities at 575 Madison Avenue include a boutique in-line space on Madison with 1,100 s/f on ground level and up to 1,200 s/f on the second floor.
The other availability is the former Destination Maternity store on 57th Street, which includes 1,950 s/f on the ground level and 2,550 s/f on the second floor.

Miron Properties represented East Village Cheese in a relocation to 80 East 7th Street.
A 25-year East Village institution, the store was forced to relocate because of a Duane Reade expansion.
Miron’s Conrad Bradford secured co-owner Lobsang Mudatsang’s East Village Cheese the new location.
The 900 s/f retail space has a basement and is owned by NBKN Corp. Cassandra Reed of Warren Real Estate represented the owner.
Fashion boutique Alabama Chanin just vacated the space. The asking rental price was $80 PSF.
“Tourists flock to Manhattan because of its unique character, made up of creative independent retail outlets,ˮ said Bradford.
“One of my jobs as a commercial real estate broker is to make sure that this exciting individuality is not stamped out by rising rents.”

ABS Partners, along with Menkin Realty Services, have secured a 20-year, 7,850 s/f lease at 126 Pearl Street for Barclay Rex, a third generation specialty tobacco shop.
Barclay Rex leased the entire four-story building and plans to relocate its retail shop and lounge to the ground and second floor of the building by the first quarter of 2016.
Until then, the store has a temporary Downtown location at 90 Water Street, along with its Midtown location at 70 East 42nd Street.

Mark Tergesen and Dean Valentino of ABS Partners represented the landlord, Longford Realty, Inc., while Victor Menkin of Menkin Realty Services Inc. represented Barclay Rex in the transaction. Asking rent was $300,000 per year.
“The opportunity to lease the entire building provided Barclay Rex with the means to not only preserve and maintain its loyal customer base, but to expand its business in a footprint which provides the ability to expand its offerings and reach a new generation of customers,” said Tergesen.
“126 Pearl Street is a classic New York building that provides the timeless look and feel the shop wanted for its new space.”
126 Pearl Street, built in 1920, is a four-story mixed-use building in the Financial District. The building contains 3,300 s/f of ground-floor and lower-level space, a 350 s/f loft and three upper-level floors that are each 1,400 s/f.
Barclay Rex is a third generation specialty tobacco shop owned by Vincent Nastri. Mr. Nastri’s grandfather, Vincent Nastri, a pipe maker from Salerno, Italy, founded the original store in 1910.

● LEE & ASSOCIATES
Howl at the Moon in Times Square

Howl at the Moon, the high energy club famous for its live music shows, is moving into the former Lucky Cheng’s space on West 52nd STreet.
Robert Kunikoff and Richard Kave of Lee & Associates NYC, along with Victor Menkin, president of Menkin Realty Services, arranged a long-term lease for Howl at the Moon at 240 West 52nd Street.
The club takes immediate occupancy at the 12,000 s/f space. Neighboring businesses include Victor’s Café, Gallaghers Steakhouse, and the Neil Simon and August Wilson Theaters. Clearly visible from Broadway, the five-story building was formerly home to legendary Max’s Kansas City.

Howl at the Moon currently operates clubs in 16 cities from coast to coast.
“We’ve been showing space to Howl at the Moon for more than two years, and are very excited to have found the perfect site for its much-anticipated Manhattan debut,” said Kunikoff.
“Howl at the Moon is equally excited to move into this high-traffic, high-energy Times Square location.”

Multifamily investors believe affordable is key word, even when it comes to luxury