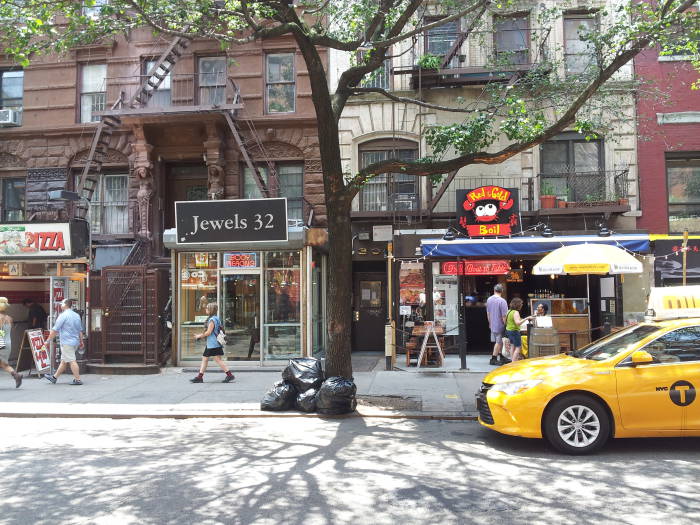 The restaurant will double its size when it relocates from its current site just a few storefronts away at 22 St. Marks Place.

“After learning that the space at 30 St. Marks Place was becoming available, our retail leasing team immediately began making calls,” Famularo said. “Through our outreach, we discovered that Mamoun’s was interested in relocating from 22 St. Marks Place, and its owner jumped at the chance to move into a larger space just a few doors down from its current location.”

Geoghegan said the entire transaction was completed within a record-setting three weeks.

Mamoun’s has been a New York City mainstay since opening in 1971. It is the oldest falafel restaurant in New York and one of the first Middle Eastern establishments in the United States.

The brand has been featured on Food Network and the Travel Guide Channel, and is listed in the book 1,000 Places To See Before You Die.

A new Korean restaurant is set to open in the Village.

Kimchi Restaurant signed a lease for space at 102 MacDougal (aka 185 Bleecker Street) that includes 1,317 s/f on the ground and a 400 s/f basement.

The 15-year lease was signed close to the asking rent of $22,500 month, according to Sinvin Realty’s Steve Rappaport, who represented the landlord, Matthew Adams Properties. Michael Joo, of UD Real Estate, represented the tenant.

“This section of the Village is undergoing a sea change and we had multiple offers for the space,ˮ said Rappaport.

“Korean cuisine, popular and healthy, but under-represented in the area, seemed a natural complement to our Bleecker Street corner tenant, the vegan restaurant byChole.ˮ

David Levy, principal, represented the tenant and the landlord, Arsenal Annex Corporation in the 15 year transaction.

Dunkin Donuts will use the entire 800 s/f ground floor space as well as the connected 800 s/f basement for the retail sale of coffee, donuts, bagels, breakfast sandwiches and baked goods. sking rent was $200,000 per year.

“At 155 West 35th Street, Dunkin Donuts will provide commuters in the transit triangle with a convenient location to grab coffee or breakfast on their way to work or between meetings,” said Levy.
“The central location is ideal for the company, with a highly trafficked corridor and visible storefront; two important qualities for the well-known retailer.”