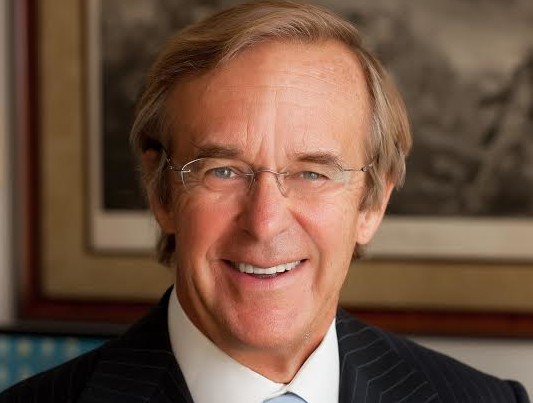 A real estate firm that has dominated the Northeast is setting its sights on the Big Apple, with founder William Raveis at the helm.

California-born Raveis, who grew up in Fairfield, CT, got his first look into the world of real estate under the tutelage of his father, who was a small-time contractor.

“He was building houses and he had me mixing cement as a young boy at 12-years-old,” Raveis told Broker’s Weekly. “I was in houses, around all the workers. I fell in love with it at an early age.”

After high school, Raveis earned a scholarship to the University of Dayton in Ohio, where he majored in business administration.

Following graduation, Raveis worked for United Technologies in Connecticut, and within a year met someone from IBM who offered him a position at Westinghouse International, in the former Pan Am building (now the MetLife building) in midtown Manhattan.

He spent five years at the company, developing a system to bring the domestic branch of Westinghouse and the international branch together.

Though successful, Raveis felt he wasn’t recognized for his hard work, and decided he’d rather be president of his own company at the age of 27. “The richest people in the world own real estate,” he said. “I thought, ‘That’s a good place to be.’”

He started William Raveis Real Estate, Mortgage & Insurance in 1974 in an office above a grocery store in Fairfield.

“I had no idea what to do,” he admitted. “I just plodded along, went to the local library to figure out what the heck to do.”

He spent the next two years learning the ins and outs of the business, hosting open houses, hiring new employees and opening new offices. After the first year, he had around 20 employees, and opened a second and third office.

“I had no idea, quite honestly, how to manage or organize anything — I learned it on my own,” he said. “Being a business administration major doesn’t tell you how to run a company.”

When the company had grown to 50 employees and three offices, Raveis suddenly had a panic attack. His doctor told him it was the result of doing too much. “I sort of had to have an anxiety attack to realize how to delegate,” he said.

While still building the business, Raveis noticed big competitors coming into the business, like Merrill Lynch.  “Unless you get big, you’ll get swallowed up by major entities,” he said. “So we started to expand, and found out that the mortgage business is a good business.” The company also added an insurance branch to its expanding company.

Toward the end of the 1990’s, as the Internet was beginning to blossom, Raveis realized that tech was the backbone of the company and “you couldn’t do this yourself.”

“Without your people, you’re nothing,” he said. “In order for the company to grow, the internal customer was the sales agent. So I focused on making sure they were happy and the people that I hired had all the resources and infrastructure they needed.”

Early on in the company’s history, Raveis realized the importance of treating employees the right way, after his experience at Westinghouse left him feeling that he wasn’t valued.

William Raveis Real Estate has many longtime employees who started 20 to 25 years ago and, since its inception, Raveis’ company has consistently been voted the number one company to work for in the Northeast.

“Let brokers be who they want to be,” said Raveis, of his philosophy towards business. “It’s a big resounding success. Everywhere we go, we have people coming in who want that model. I have great respect for everyone in the real estate industry — but this is different, and as a result, we are getting a lot of success from it.”

The company now has 3,500 employees in 108 offices throughout the Northeast, including Massachusetts, Connecticut, and its newest office which opened in midtown Manhattan last month. That office already has two dozen employees, including former Douglas Elliman managers Kathy Braddock and Paul Purcell.

“I was waiting for them,” he said. “I wanted to make sure I had a good group set up before I went in. I wanted the right people.” He added that he spent three years searching for the right people, and even contemplated buying out the boutique city brokerage, Bellmarc, which last year merged with Coldwell Banker.

Raveis is looking to eventually open three more offices in New York City and one in Brooklyn.

The company recently opened an office in East Hampton and one in New Jersey, and while the Northeast continues to be the firm’s bread and butter, Raveis said they will “eventually” open offices in Florida.

Raveis, who still lives in Connecticut, also has a home in Florida. His two sons, Ryan and Chris, also work for the company, as an executive vice president of the mortgage division, and a managing partner of operations and sales, respectively.

In his spare time, Raveis enjoys traveling, most recently to Israel. “I love the business so much, my spare time is in the business,” he joked.