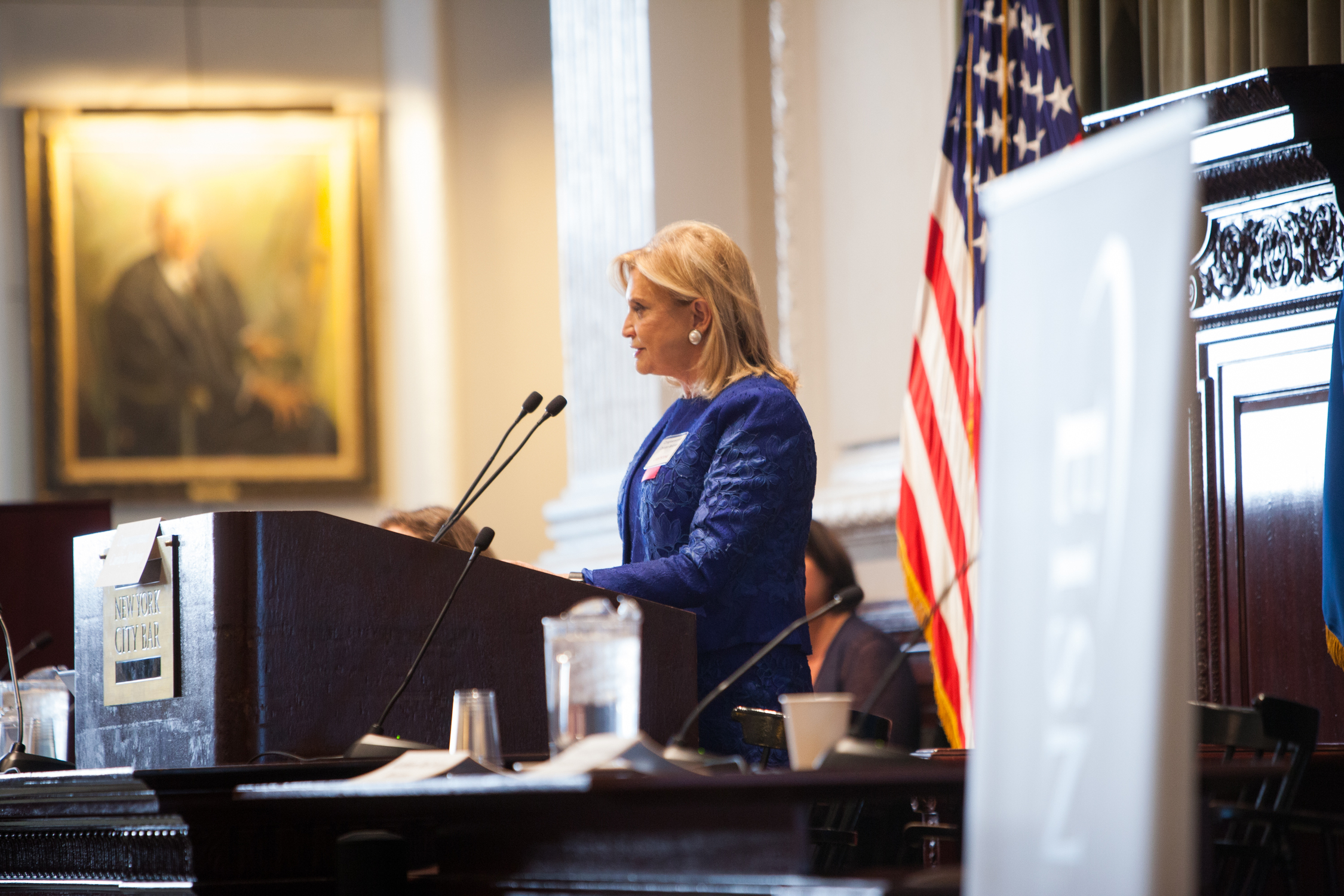 As women continue to dismantle political barriers, Carolyn Maloney remembers a time when installing female leaders was a fresh concept.

“It isn’t such a novelty any more,” she said. “We are well on our way to electing the first female President, and women are finally going to be represented on U.S. Currency. But there is so much more work to be done.”

Maloney herself represents social progress in the political process.

She is the first woman to represent New York’s 12th Congressional District, which covers the East Side of Manhattan and the parts of Queens and Brooklyn that run along the East River. She’s held that seat for 24 years, winning her first term in Congress in 1992.

She joined Congress at a time when female representation in the legislative branch was starting to reach record heights. In that year, 24 women were elected to the US House of Representatives. That figure represented the highest number of women voted into the legislative body in a single election. It also equaled the number of women who were elected into Congress between 1980 and 1989.

Maloney — a keynote speaker at this yearʼs REW Women’s Forum in May — said that the political gains of female leaders continue to grow. However, women still face obstacles when it comes to running for office.

“I see more women getting elected, more women running for office… But that doesn’t mean it isn’t still difficult. Women are still less likely to run for office than men, less likely to think they should run, and they receive less encouragement to do so,” she said.

“I think we have made great strides. There are more women elected officials now, and I hear more of the younger generation interested in that path… I won’t be happy until we have an equal number of women and men in elected office. We are half of the population, so we should be half of the elected body of government.”

Since joining Congress, Maloney has positioned herself as an advocate for financial reform national security and women’s issues.

She served on the committee that created the Consumer Financial Protection Bureau under the Dodd-Frank Act. She sponsored the James Zadroga Health Care and Compensation Act, which provides health care and compensation for 9/11 first responders. She also authored legislation that created the National Women’s History Museum in Washington DC.

She credits her success in Congress to her negotiating style, which she describes as “patient but persistent.” In spite of her years in office, Maloney said that her job does not get any easier.
“Each year is different and has its own challenges. There are certain things you get used to that get easier: the constant movement, gearing up for an election every two years, things like that. But the actual work, if you’re doing it right, doesn’t get easier,” she said.

“You keep working towards new goals, coming up with new legislation and ways to improve the lives of your constituents. You may become accustomed to the methods, but I don’t think this is a job that should ever be easy.

“I have hundreds of thousands of people depending on me to represent them fairly and accurately, that’s not something that lends itself to being easy.”

Last April, she released a report that claimed that a woman who is employed full-time makes $10,800 less than her male counterpart each year.

This amounts to almost half a million dollars over the duration of a woman’s career, thereby damaging her prospects for retirement.

“That is unacceptable. I do think this is a problem we can solve. I don’t know about the near future, but I hope in my lifetime and my daughter’s lifetime we will finally see gender pay equity,” she said.
She is also one of the strongest advocates for gun control in Congress. After mass shooting incidents in Newtown, Connecticut and Aurora, Colorado, she introduced legislation that requires gun buyers to buy liability insurance and requires sellers to perform background checks at gun shows.

Over the weekend, she revived calls for congressional action on gun safety in the wake of the Orlando nightclub shooting.