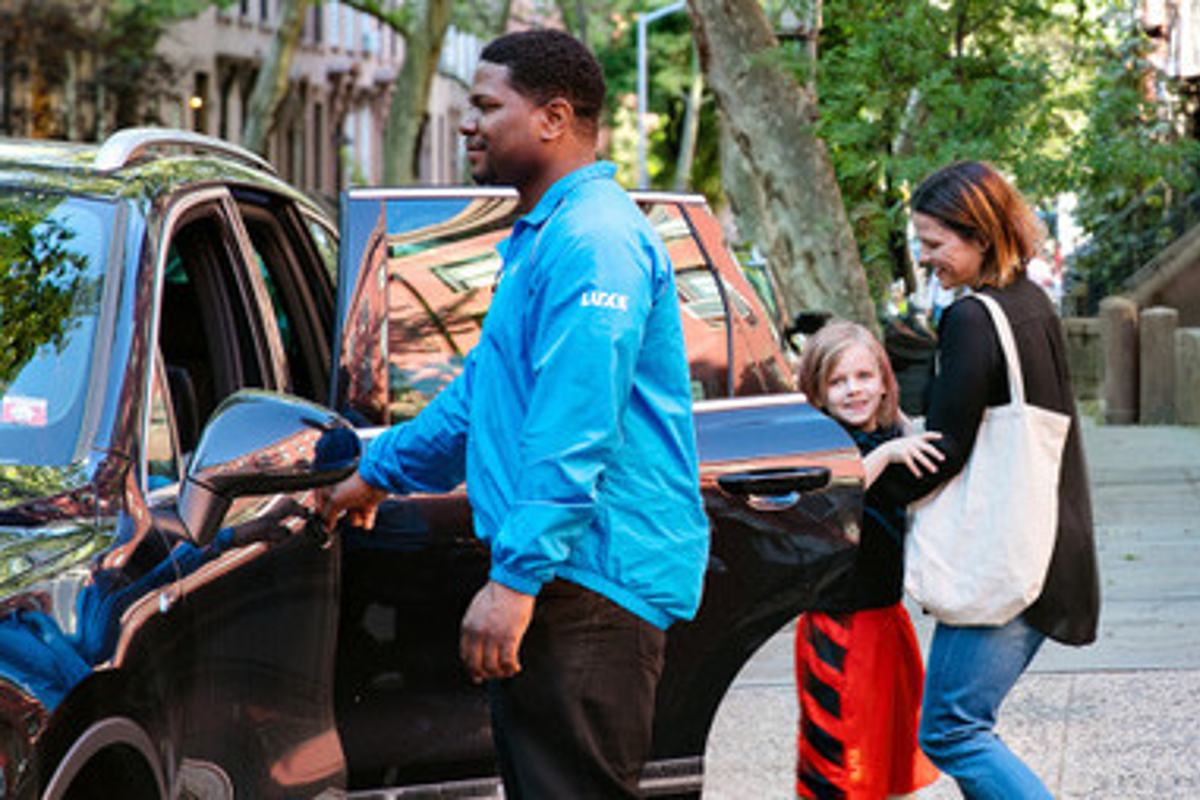 In a densely populated city of eight million people, finding a parking spot can often bring about an existential crisis. But one enterprising developer in Brooklyn is offering up ultra-convenience and peace of mind by selling garage parking spots that even come with a valet service.

Parking condos are pretty much what they sound like – a parking space in a garage legally categorized and purchased as real property, with the buyer paying taxes and maintenance.

Jamie Anthony is a principal at Lonicera Partners, the firm that developed The Parking Club in the Cobble Hill neighborhood of Brooklyn at 185 Pacific Street. The Parking Club is one of the only parking condo garages ever created in New York City.

Anthony listed the three ways people can pay to park in NYC (not counting metered parking): daily/monthly paid parking in a garage, purchasing a parking spot in a condo building as a resident, and buying a parking condo, à la The Parking Club.

In 2015, two Manhattan new development condo buildings – 15 Renwick St. and 42 Crosby St. – made headlines when they listed parking spaces within their buildings for $1 million.

When someone purchases a parking spot at the building, the space comes with a valet service from Luxe, a company that operates in several cities across the country offering door-to-door valet service. Buyers get the first two years of Luxe service for free, and after that, there is a monthly fee for the service.

“A few people have bought simply because of the (Luxe) service,” said Anthony. “The classic notion of owning a car in the city is riddled with stress and problems and we wanted to create something that mitigated owning in the city.”

Anthony’s firm had been doing development in the Cobble Hill and Carroll Gardens neighborhoods for several years, and had seen many surface parking lots and garages being bought and turned into condos, further diminishing the already insufficient amount of parking available in the area.
When the opportunity arose at 185 Pacific Street, in the heart of Cobble Hill, they decided not to convert the building to residential, but instead create something that the neighborhood desperately needed.

“That was the impetus for it,” said Anthony. “We saw a disappearance of product and thought we could retain it in an interesting and cool way.”

After purchasing the property in June of 20115, they went to work on a business plan for the property, spending over a year filing documents with the attorney general’s office to become a valid condominium and renovating the building.

Now completed, the building has 85 spots that range from $185,000 to $200,000, and sales are being handled by residential brokerage firm Compass. First floor spots, because they are easier to access, are more expensive than spots on higher floors. Since officially opening in October, they have sold about 25 spaces.

Most of the buyers have come to them through word of mouth, since traditional real estate outlets for listings properties – Streeteasy, Trulia, newspapers – don’t include listings for parking spots. Anthony and the team realized they’d have to get creative to market the spots.

“What we’ve found has been most effective is grassroots, word-of-mouth campaigns, and we’ve done limited advertising within Compass’s main advertising page,” said Anthony. They also did some specific advertising toward certain neighborhood blocks, and focused on marketing to existing residents in the Cobble Hill neighborhood.

Lindsay Barrett, a Compass agent who is selling the parking spaces, was working with Lonicera Partners on a new development project not far from Cobble Hill several months ago when a member of the firm asked for her thoughts on the value of parking condos.

“I said I think they’re really valuable and the biggest issue in Cobble Hill in my view for people who own houses is parking, and it’s only gotten worse and worse over the years,” said Barrett. “Parking is as good as it is close, and the value will diminish quickly the further you get from a garage.”

And she should know – Barrett herself owns a spot at The Parking Club. She lives within ten blocks of the garage, and often drops her car off on the way to taking the subway.

“I’m sort of the target consumer,” she said. “It’s great to have a spot and know you have a spot, and not spend all this time looking for a spot, which can be infuriating.”

Barrett suggested the team add the valet service to the parking condos to make it even easier for people who own spaces, even to the point where they never have to set foot in the garage.

Many of the buyers are people who are about to move into the neighborhood and looking at what their parking options are, and those who already live in the area. Barrett said some existing residents already have coveted spots in private lots, but those private lots are prime real estate for developers, and probably won’t last for long.

“We’ve gotten a mixed response,” said Barrett of speaking to prospective buyers. While some see owning a space as akin to owning their home, and anticipate it appreciating in value just as a home would, others are more skeptical.

“Some have a hard time wrapping their head around it and see it as the ultimate luxury that no one needs,” said Barrett. “But there may come a time when no one has a spot to park a car.”