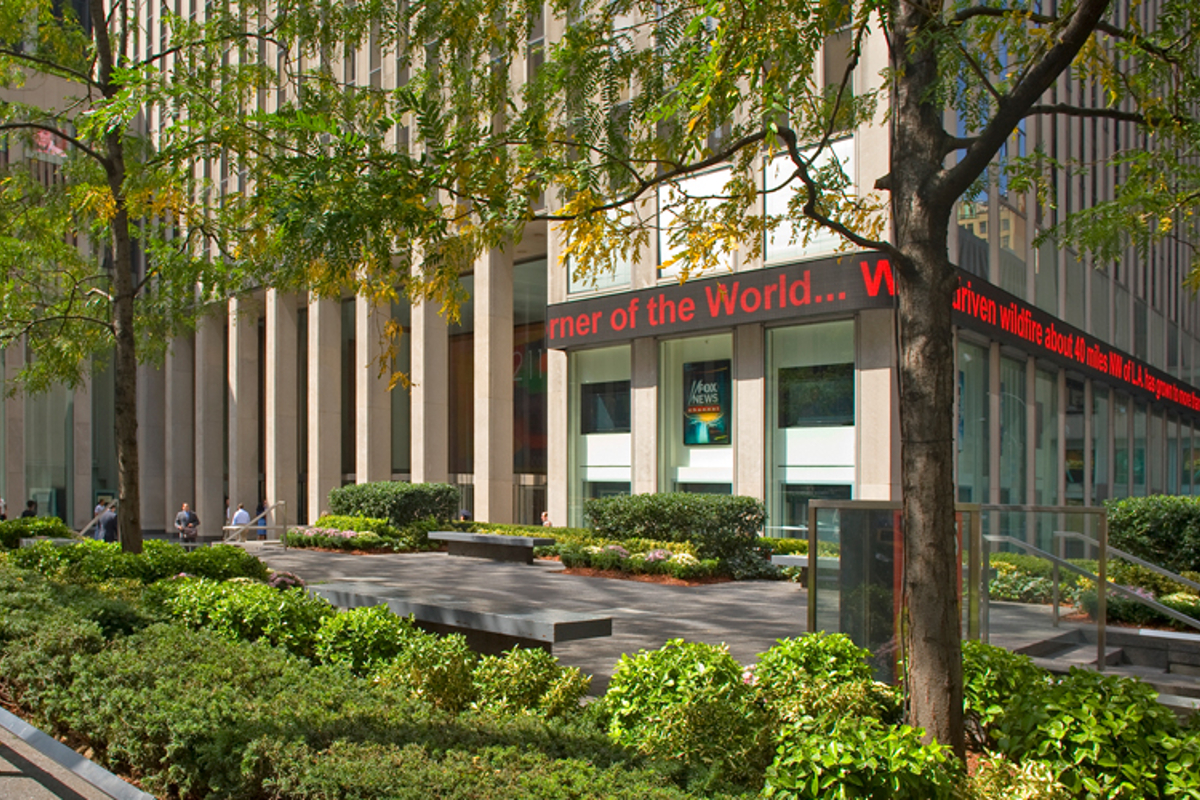 The expansion is expected to take place this year, and will accommodate employees of Fox who currently work next door at 1185 Sixth Avenue.

According to the New York Post, Fox News Channel will be investing a large sum of money into creating a state-of-the-art newsroom. The TV news network recently launched a $30 million sidewalk-fronting studio. A spokesman for Fox told Real Estate Weekly in an email, “I canʼt confirm, but you woudn’t be wrong if you cited the NY Post story.ˮ

NewsCorp. and 21st Century Fox have been at 1211 Sixth Avenue, the 44-story, two million s/f tower between West 47th and 48th Streets, since 1992 when they were still one company.

The tower is owned by Ivanhoé Cambridge and partner Callahan Capital Properties, neither of whom responded to requests for comment. Cushman & Wakefield represented the landlords, according to the Post. Other longtime tenants in the building include Dow Jones, also owned by News Corp., which moved there in 2009.

In 2015, Fox and NewsCorp. considered a move downtown to 2 World Trade Center, and signed a non-binding letter of intent to lease 1.3 million s/f of office and studio space at the Silverstein Properties tower. The deal never came to fruition.

IN PICTURES: CoreNet kicks off the New Year in style