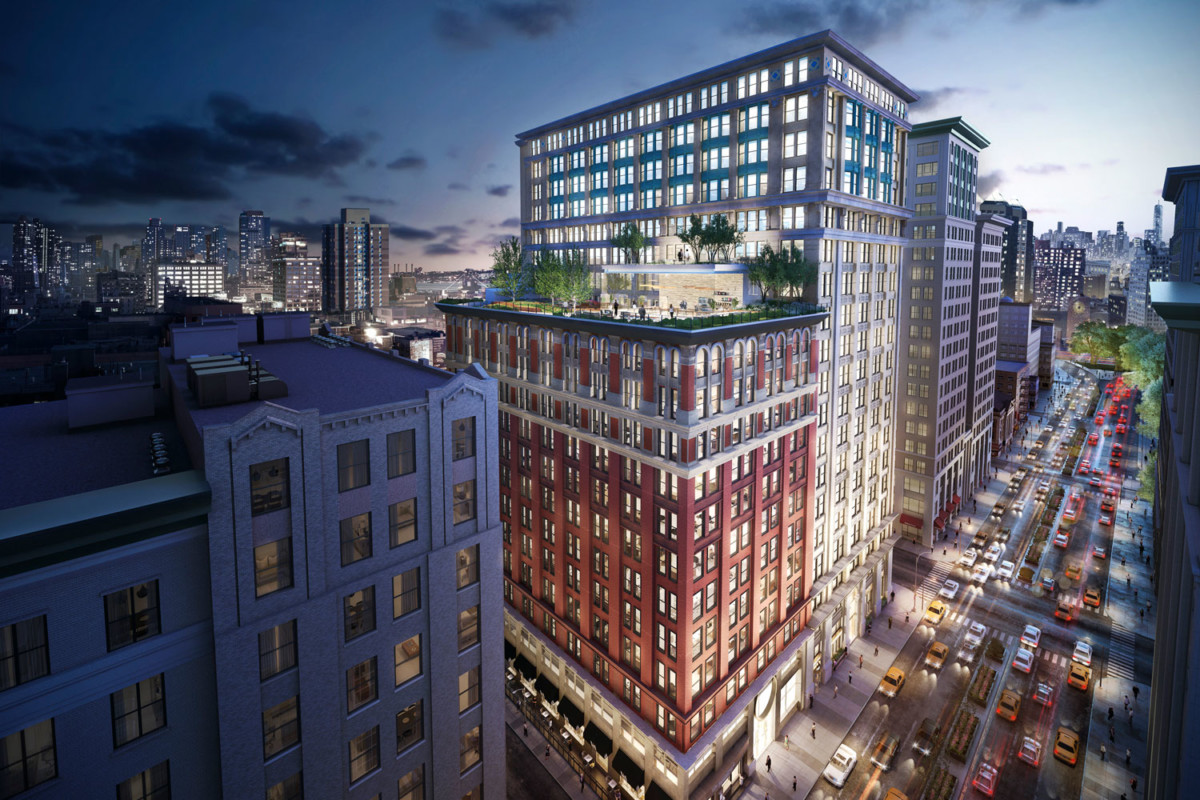 Barclays has provided $430 million in financing for Orda Management at 225-233 Park Avenue South.

The deal was structured as a ten-year, fixed-rate loan that is fully interest-only. The $430 million replaced a $217 million loan from New York State Teachers’ Retirement System (NYSTRS).

The funding allowed ownership to recapture equity that was spent on the recent capital investment. Over the past 18 months, approximately $135 million was spent on an extensive capital improvement plan, which repositioned the building as the premier asset on Park Avenue South.

“I’ve spent the better part of three decades redeveloping and repositioning our two office buildings, and each transition has been remarkable; this one is the pinnacle. We are thrilled at what we’ve accomplished with the asset’s repositioning and ultimately its refinancing, and are extremely proud of our 225 team and our tenants,” said Orda chairman Morton F. Silver.

The 675,000 s/f, Class-A property, which features two contiguous buildings located in close proximity to Union Square, Gramercy Park, and Madison Square Park, was built in 1909. It is currently nearly 100 percent leased, with the only exception being a new, 580 s/f space on Park Avenue South that connects to 8,000 s/f in the windowed lower level.

The property boasts a unique history – after 9/11 in 2001, the Port Authority of New York and New Jersey immediately needed a new space, since they were previously located in the World Trade Center. A space was fitted out for them at the top of the building so they could move right in, and when they committed to moving to 4 World Trade Center in 2015, it opened the door for a complete repositioning of the asset.

The capital improvement plan began with the gutting of the lobby and the addition of a brand-new, stone floor. The plan was also centered around creating green, outdoor spaces. While many of the buildings in the area, including this one, were simply painted over, the repositioning of the property involved taking the paint down to the limestone to restore the classic architectural look.

The “industrial” atmosphere was enhanced by using intumescent coating on stripped, steel columns on the interior floors so the bolts on the columns are still visible, adding to the effect.

The roof garden encompasses a 9,000 s/f roof with a 3,000 s/f pavilion, which also added square footage to the building.

As the buildings climb higher towards the sky, the difference in floor heights is magnified – while the first few floors are similar in height, the higher floors vary – at 233 (the shorter, 12-story building), a “light court” was built, with a connection to 225 (the taller, 19-story structure).

Facing east is a glass wall, and the connection allows for true, usable square footage in the middle of the floorplate – supporting 27,000 and 40,000- s/f floorplates in each building respectively.

In 1982, Silver had the foresight to begin commissioning more full-floor tenants at the building, which allowed it to grow into a larger opportunity for higher-quality tenants. The tenant roster now includes top-tier organizations such as Facebook, BuzzFeed, T. Rowe Price and STV Engineering.

Each tenant essentially has their own elevator bank. One major technology firm, for example, enjoys a “building within a building,” with private elevator and lobby spaces.

The creation of a new cooling tower on the upper roof allowed for the creation of a courtyard on the 19th floor, which is a private space with the new, 4,000- s/fcourtyard surrounded by interior space (essentially 24,000 s/f of pavilion space).

There is also a new restaurant being built in the corner across from the Union Square Café, which will be designed by David Rockwell.