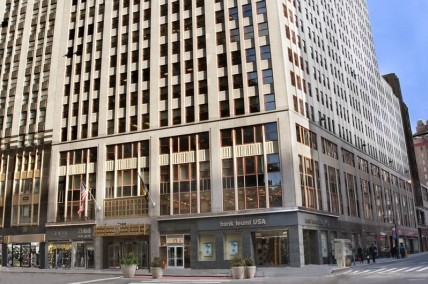 Ariel Property Advisors has been retained to sell 388 Canal Place, a commercial loft building spanning 31,250 s/f in The Bronx’s Mott Haven neighborhood. The property is located on the east side of Canal place, just north of East 141st Street. The asking price for the property is $7.25 million, which translates to $232 psf. 388 Canal Place is a five-story, block-through elevatored loft building with entrances on both Canal Place and Rider Avenue. It features floor-through units with an open layout and has a fully functional freight elevator, loading dock, high ceilings, and a single row of wide columns that allows for subdivided space. Exclusive agents Jason M. Gold, Scot Hirschfield, Marko Agbaba, and Christopher S. Gillis are representing the seller, a private investor. 388 Canal Place will be delivered vacant, except for the cell tower which is currently leased to T-Mobile.
•••
Besen & Associates announced the following exclusive assignments:

• Ron Cohen has been retained to sell 22 Lawrence Avenue in the Smithtown area of Long Island. This property, built in 1963, is a 3-story brick office building located on a 0.29 acre corner lot. There are 26 offices in the building, equaling 18,000 s/f, with 25 parking spaces. 85% of the space is currently rented at an average rent of $24 psf. The property is two blocks from the Smithtown LIRR station and 4 miles north of the Long Island Expressway (Exit 57). Asking price is $2,700,000.

• Richard Torres, Amit Doshi and Matthew Garcia have been retained to sell 2172-2174 Amsterdam Avenue in the Washington Heights neighborhood. The property is a 5-story walkup consisting of 26 apartments and 2 stores, equaling 20,310 s/f in total. The well maintained building features 50 ft. of footage on Amsterdam Avenue. The monthly residential rent per apartment is only $961. The property is 1.5 blocks from the A/C train at 168th Street. The asking price is $5,800,000.

• Ronnie Shaban and Alex Frants have been retained to sell 281-301 Warner Avenue, a 16,024 s/f single-story retail strip center, with a 13,620 basement that has 8 ft. ceiling heights. There are 11 retail units and parking for approximately 45 cars. The property features 179 ft. of frontage on Warner Avenue. The strip center is currently 60 percent occupied. It is across the street from the Roslyn LIRR station.

TerraCRG has been retained to sell two multifamily buildings located at 471-475 Chauncey Street in the Bedford-Stuyvesant neighborhood of Brooklyn. Matt Cosentino and Eric Satanovsky are marketing the buildings. The asking price is $2,950,000, which equates to $260 psf. The three-story, oversized buildings total approximately 11,314 SF and contain 12 residential units. Three of the units have been renovated and converted from railroad style to two and three bedroom units. The buildings feature a new roof, recent pointing, new electric service and intercom system. The property is close to the J and Z trains at Chauncey Street and the C train at Rockaway Avenue.

Angel Commercial announced the sale of a 11,042 s/f industrial building located on 0.76 acres at 730-750 Commerce Drive in Fairfield, CT, for $1,600,000.00. Jon Angel, president, represented both the buyer and the seller in this transaction. 730 Commerce Drive LLC, of Fairfield, CT, purchased the property from Commerce Properties LLC and Babcock Holdings LLC. Five Star Products, a provider of non-shrink cement and epoxy-based construction solutions, previously occupied the space. The company outgrew the building and moved to a larger facility in Shelton, CT. The attorney for the seller was Abby Bates, Esq., of Roberts & Bates, P.C., and the buyer’s attorney was Stephan B. Grozinger, Esq.
•••
Cogent Realty Advisors has arranged the sale of 34½ St Marks Place for $8,400,000. 34½ St Marks Place is a 7,692 s/f, six-story walk-up building containing 11 apartments and one store. The building was purchased for the equivalent of $1,092 psf by a local property owner. The proeprty is situated between Second and Third Avenues on a street considered the epicenter of the East Village and close to NYU and Cooper Union. It is a popular shopping, dining and nightlife destination. Cogent Realty Advisors, Inc. represented the seller of 34½ St. Marks Place, which had purchased the property in 2004.
•••
Fischer Commercial Real Estate announced the sale of 233 East Avenue in East Norwalk to an entity that has owned and operated numerous ‘Got Dirty Laundry’ laundromats throughout Fairfield County and New York since 1964. The purchase price was $1,150,000. Currently the home of REO appliance sales, the 7,450 s/f building was previously used as a pharmacy, a bank and a deli. Plans are for the building to be completely gutted and rebuilt into a state-of-the-art laundromat. Alan M. Fischer, CCIM, SIOR, of Fischer Commercial Real Estate Inc. represented the seller and procured the buyer.
•••
NAI James E. Hanson brokered the sale of a 1.6-acre lot located at 1021 Route 10 in Randolph, N.J. Joe Vindigni and Sig Schorr negotiated the sale on behalf of the buyer, Rt. 10 Randolph LLC, and the seller, 1021 Rt. 10 LLC. The buyer plans to use the property to house its landscape architecture business. In addition to ample space, the lot also features one office building and one industrial building totaling 3,000 s/f.
•••
NAI Long Island announced that Dennis McCoy completed a ground lease and sale deal for 520 W. Montauk Highway in West Babylon, NY. The 27,500 s/f building, situated on 4.2 acres, is a former Lincoln Mercury car dealership that subsequently underwent a zoning change to accommodate an assisted living facility. McCoy represented the seller, Cobra Management, in this transaction. The property was acquired by Engal Burman Group of Garden City for $7 million-plus.
•••
Joel J. Gorjian, president & CEO of Gorjian Acquisitions, has completed the purchase of the 529 Lake Avenue mixed-use retail and residential property. The seller was a private investor. The value of the transaction was in excess of $700,000. The 5,050 s/f, two-story 529 Lake Avenue building houses three retail spaces on the ground floor and two apartments on the second floor. Gorjian is focused on adding value to the property through targeted leasing outreach. The 8,750 s/f site is situated across the street from a public elementary school and features a rear parking lot. The retail spaces range in size from 1,000 to 1,300 s/f. One of the retail spaces is vacant.
•••
Sitar Realty Company, Iselin, New Jersey announced the following sales:
• The sale of a 38,000 s/f industrial building at 2231 Landmark Place, Wall from CIC Development LLC to J&J Landmark LLC. The sale price was $4,100,000. Robert JanTausch, Douglas Sitar, and William Sitar Sr. were the sales people in this transaction.
• The sale of a 20,000 s/f industrial building at 1292 Route 9, Howell from Marton Truck, Inc. to Lanigan PropertiesThe sale price was $2,667,500. Giorgio Vasilis and Bill Sitar Jr. were the sales people.
• The sale of a 5,400 s/f industrial building at 11-13 Evergreen Avenue, Neptune from National Loan Investors, LP to Bluskin, LLC. The sale price was $605,000. Brian Murphy and William Sitar Sr. brokered the sale.
• The sale of a 1,800 s/f retail building at 366 Herbertsville Road, Brick from LDL Properties, LLC to Scotts Lawn Care, LLC. The sale price was $195,000. Brian Schrader was the salesperson in this transaction.
•••
Marcus & Millichap announced the $1,575,000 sale of GreenTree at Manchester, a 9,790 s/f retail property at 2111 Route 37 West in Manchester, NJ. David E. Thurston and Charles Loccisano represented the seller, a limited liability company, and the buyer, a limited liability company. GreenTree is a two tenant, two building retail center with a ground lease to STS and a lease to Spirits Express. The Center is newly built.