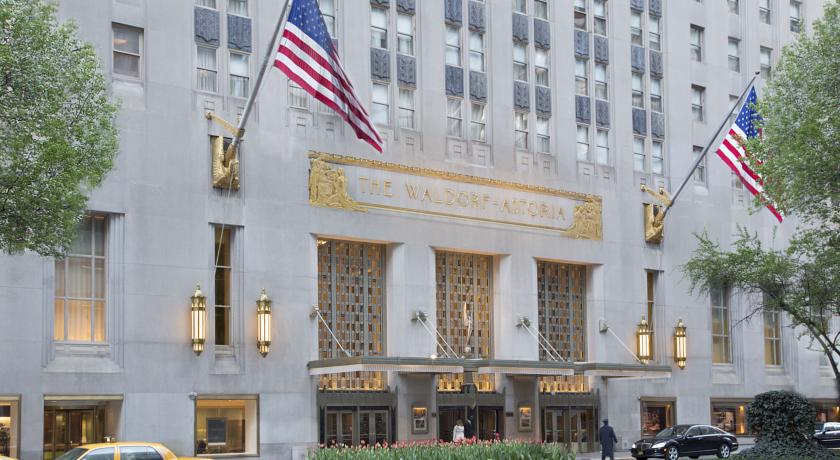 Anbang Insurance Group, the Chinese developer that last year bought the Waldorf Astoria, has welcomed a decision by the Landmarks Preservation Commission to calendar discussion on the interior spaces of the historic hotel for possible landmark designation.

“Anbang knows the Waldorf’s history is a large part of what makes this hotel so special. That’s why we fully support the LPC’s recommendation for what would be one of the most extensive interior landmark designations of any privately owned building in New York. These designations are consistent with our vision and will protect the Waldorf’s significant public spaces,ˮ said the company in a statement.

“We are now finalizing renovation plans for the Waldorf that preserve these spaces and will ensure that the Waldorf will provide memorable experiences for generations to come. We look forward to sharing our plans publicly when they are complete.”

Anbang bought the Waldorf, located at 301 Park Avenue between East 49th and East 50th Streets, for $1.95 billion in 2014 and later announced plans to demolish much of the interiors as part of a condo conversion of the famous hotel. The hotel exterior is landmarked.

The news sparked immediate concern among preservationists who feared a gut renovation would obliterate legendary lobbies and other public spaces in the historic hotel.

The Conservancy said discussions between the developer and the Landmarks Preservation Commission about the potential landmark designations was “very positive news and hopefully will lead to timely protection of the truly significant interiors on the first, third and eighth stories.ˮ

State Senator Brad Hoylman also joined the campaign urging the LPC to consider the landmark designation for the Waldorf’s interiors, noting its cultural significance in hosting “countless New Yorkers and visitors alike, including United States presidents, world leaders, and prominent figures in business, the arts, and civic life.” Hoylman later praised the Chinese developer as “a good citizen and caretaker for the Waldorf,ˮ when it consented to meet with the LPC to discuss its plans in detail.

Anbang said it plans to close the Waldorf Astoria next March and convert most of the building into condominium residences.