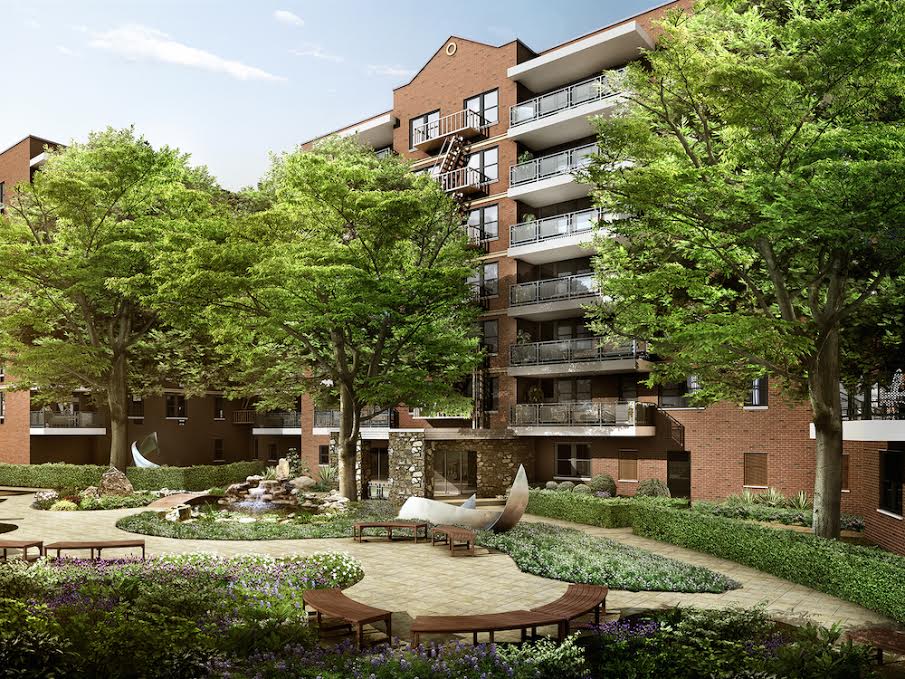 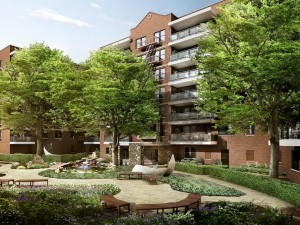 A studio apartment in this tree-lined co-op building goes for $192,000, and a subway ride to Grand Central takes 22 minutes door-to-door.
The only caveat: it’s in New York’s third-coolest borough, that part of the city where you can go for blocks without finding a single artisanal coffee shop and beards are still a sign of religious affiliation.

Developer Myles Horn, of Printing House fame, is betting that a growing number of apartment hunters will turn to Queens as prices in Manhattan and Brooklyn become increasingly unaffordable.
“It’s a place that’s ripe for development,” he said, explaining why he bought 79 apartments in the 153-unit co-op Continental Park at 87-10 51st Avenue in Elmhurst for $8.5 million.

Horn and his partners at ABC Properties and Fisher Associates are currently renovating the apartments and common areas, adding a gym and a landscaped courtyard. Sales have launched, with a two-bedroom going for $360,000 and a three-bedroom with balcony for $532,800.
Yael Goldman of Nu-Place Realty is marketing the properties as a bargain in several respects.
The co-op offers proximity to Midtown without having to pay Upper East Side or Williamsburg prices. And it features the amenities and stone countertops of new development for a much lower price.

So far, the calculation seems to be working. Goldman said 20 units are currently in contract. She added that all units went for the asking price — although this hardly stands out in a borough whose average listings discount in the third quarter was a mere 0.8 percent, according to Miller Samuel.

Horn said he is marketing the building as if it were a new development. “We’re competing with new condo construction, because, essentially, the product we are selling is new condominium,” he argued. “How many other co-ops in Queens have a sales center and model apartments?”

The seven-story, red-brick building has a post-war charm. It was converted from rental to co-op in the 1980s.
When the board ran out of money to maintain the ageing complex, Myles Horn saw an opportunity. He negotiated a deal to buy 79 vacant units in the building for a favorable price, in exchange for creating a fund to upgrade the building’s common areas. Apart from installing a gym and renovating the lobby and hallways, the developers also added new boilers.

In the units they took over, the developers decided to add bedrooms — turning large one-bedrooms into two bedrooms and adding a third room in others. The idea is to appeal to families and those looking to share their place with roommates. The fact that most units have their own balcony is an added bonus.
For Horn, Continental Park is the latest in a long line of Queens residential re-development. Since 1985, he has developed more than 1,500 units in the borough (and 4,500 units as a whole). “(Continental Park) is an opportunity to improve what was once grand housing and make it new again,” he said. “That’s my cup of tea.”