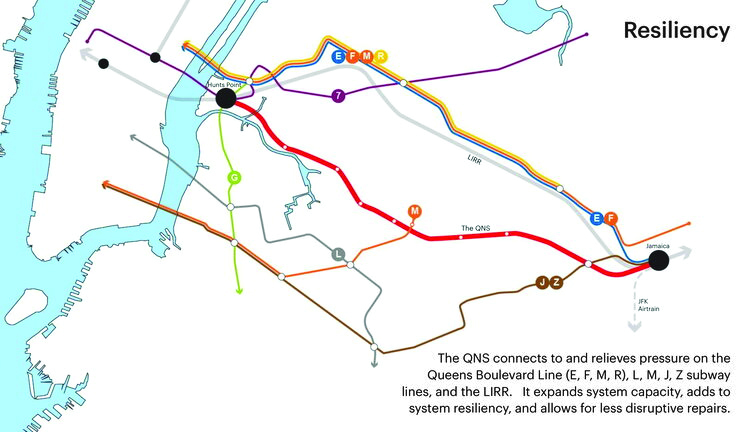 What’s 8.5 miles long, hardly talked about, and last used by commuters in the late 1990s?

The line is currently used a few hours of the day, but it only moves freight.

It used to be a commuter rail up until 1998, when it was closed due to low ridership. Back then, Queens had around one million residents.

Now, many observers agree that the line needs to be reopened since Queens has grown to over 2.4 million.

Advocates of this initiative claim that the E and 7 lines are already packed to capacity.

It seems to me Queens clearly requires more transit options.

A proposed project would reactivate the Lower Montauk Branch of the LIRR for NYC Transit Fares, with local stops from Jamaica to Long island City.

Elizabeth Crowley, a former City Queens Councilwoman who is running for Queens Borough President, is the chair of Friends of the QNS, a non-profit advocacy group that’s spearheading efforts to have this line — and its eight stops — reopened to benefit Queens residents.

Friends of the QNS assert that the cost of opening this line will be 90 percent less than the cost of the new Second Avenue subway line — and that the reopened line would increase the area of Queens served by commuter rail by 13 percent. The line is projected to serve about 6.6 million passengers annually.

Crowley points out that the reopened line would serve neighborhoods that currently lack access to the subway.

Added LIRR stops will positively affect several neighborhoods in Queens and Brooklyn, including Jamaica, Long Island City, Williamsburg, Forest Hills, Highland Park, Juniper Valley Park, Ridgewood — and Maspeth, which has no subway service at all. The line will relieve pressure on the E, F, G, and R subway lines on Queens Boulevard; the L, M, J and Z subway; and existing LIRR lines.

Since the Metropolitan Transit Authority already owns the eight stations, reopening the line will not entail any land acquisition costs, or any condemnation via eminent domain.

The project has received a resolution of support from Queens Community Boards 2, 5, 6, 9 and 12: all the community boards that the QNS would travel through. Members of the Queens Congressional Delegation, State Senate Delegation and the City Council support the project as well.

The special election for Queens Borough President will take place on March 24.

Affordable housing crisis: The problem we need to solve

Looking ahead to the challenges and opportunities coming in 2020