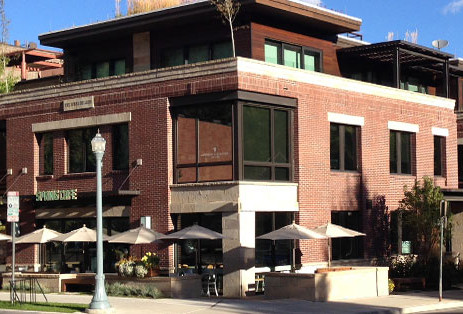 Next generation Rudin working hard to build on family legacy

Being young in the real estate business is a double-edge sword.

Typically, you’re armed with more energy and less personal obligations. However, you’re likely facing a long and arduous climb to prominence as you work to establish your name.

And entering the business with a revered last name does not absolve you of a steep learning curve.

“It definitely didn’t hurt to have the last name Rudin,” said vice president of Rudin Management, Michael Rudin.  “It’s a well-respected name in the industry, but just like my father before me, and his father before him — my sister is in the business as well — we all start in the business and we work in all the various areas that our company focuses on and gravitate towards which ever one feels right.”

Rudin spoke with Real Estate Weekly ahead of this week’s Young Leaders’ Forum where he will be serving as a featured speaker. His family’s portfolio ranks as one of the largest and most respected privately owned portfolios in the city and the company builds, owns and manages it all.

The company traces back to the 1920s when Louis Rudinsky, a Polish-Jewish immigrant, started the business. By the 1950s and 1960s, the Rudin family was one of the most prolific builders of skyscrapers in Manhattan. In 1975, Lewis and his brother Jack Rudin, took over the company. Todaay Bill Rudin, Lewis’s son, is CEO and the family owns 16 office buildings and 18 apartment buildings in Manhattan worth an estimated $4.4 billion.

“I knew from a relatively young age that I wanted to be in real estate,” said Rudin who spent two summers working for Cushman & Wakefield and Blackstone respectively to get his first professional taste of the industry.

With Cushman, he tried out the brokerage side of the business before test driving the private equity realm with Blackstone.

When Rudin graduated from the University of Colorado Boulder in 2008, he opted to refrain from returning back east just yet.

“I moved out Aspen following college for a year a half, got a broker’s license, and was always looking for a project to have on my own,” he said.

Rudin’s first finished project out West is the Spring Building, located on 119 South Spring Street in Aspen. Representing “the finest in new mixed-use development in downtown Aspen” the 10,000 s/f commercial building provides tenants with workspace as well as views of Aspen Mountain.

He also has another Aspen project, the 40,000 s/f Bleeker Mill, which is currently in development.

While these assets are among his top priorities — and could potentially lead to expanded investments in the region — Rudin has placed the bulk of his focus on the established family business in New York.

“Our business is here in New York, so I’ll always be spending a significant amount of time there but having projects in Aspen gives me an excuse to be out there. My wife has work out there and that’s a big part of our life, so we’ll continue to spend time out there,” said Rudin.

When he’s not near the slopes, Rudin’s attention remains primarily on Manhattan where the family business has primarily put their focus until a recent expansion into Brooklyn.

“Other people are saying that the Bronx is due for an increase in activity, but prior to looking at Brooklyn we never focused on any of the outer boroughs,” Rudin said. “We’re taking it slowly and seeing how our first venture in the outer boroughs goes.”

While the family has interests throughout Manhattan, Rudin is particularly bullish on downtown.

“South Street Seaport is about to undergo a major transformation,” said Rudin. “It has gone from a commercial area to a full live, work, and play neighborhood where people want to go and raise their families,” he said pointing out that young people are also becoming increasingly more interested in the area.

“I think it’s going to continue to grow. The market throughout the city is continuing to do pretty well and downtown is no exception.”

Rudin said he is looking forward to participating in the second annual Real Estate Weekly’s Young Leaders Forum and offered some advice to the industry’s up-and-comers ahead of the event.

“Join as many industry groups as possible and do as much networking as possible,” Rudin said.

He stressed that, no matter what age you are, the real estate market in New York is a living, breathing thing that will constantly challenge those who professionally navigate it.

“The real estate business is always changing. No deal will ever turn out the way you expect it to, that’s a very important thing to know,” he said.

“(Each deal) will always in some way or another be different than the first time you looked at it. It’s a learning process. Even my father, who’s 60, is always learning. I don’t think there’s ever a time when real estate becomes mundane and repetitive. You’re constantly learning and adapting evolving as a professional.”

Registration for the Real Estate Weekly Young Leaders’ forum will take place on Thursday at 8 a.m. with the general session beginning at 8:45 a.m.

The event is being held at Digital Sandbox New York City and concludes at 4 p.m.