With the passage of Intro. 775-A, there will now be a reasonable timeline for the process of designating new landmarks.

When signed into law by the mayor, this legislation will require the Landmarks Preservation Commission (LPC) to designate a calendared building as a landmark within 12 months, and historic districts within 24 months.

The most recent version of this legislation differs slightly from the original. One important distinction is that Intro 775-A contains a provision for the 12-month time limit on specific buildings to be extended by an additional 12 months with the approval of the building’s owners, with historic districts not being open to extensions.

The original legislation also contained a five-year moratorium for a building to be calendared again if LPC had not designated a building in the 12-month timeframe, which the new legislation does not include.

The lack of a reasonable timeline for the landmarking process had resulted in a significant backlog in the number of calendared properties until very recently.

In the past year and a half, LPC has greatly reduced the number of calendared properties through its Backlog. The passage of this latest legislation will only continue to improve those efforts and further streamline the landmarking process to ensure that New York City will be able to stay current while efficiently preserving the buildings and historic districts that have significantly contributed to making this city the greatest in the world.

The widespread support of these organizations for this legislation was vital in emphasizing that this was a bill in the best interests of New Yorkers across all five boroughs.

I would also like to thank all of REBNY’s members for their help in advocating for this legislation — its passage is a direct result of REBNY’s advocacy over the last several years. 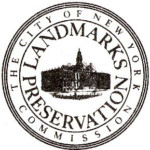 We could not have accomplished this victory if not for the hard work of many smart and talented people. In particular, I would like to thank Mike Slattery, Paimaan Lodhi, Ali Davis, John Doyle and Jim Whelan who worked hard to make this happen.

Landmarks are a vital part of New York City’s legacy and an essential part of its identity. REBNY members own and maintain New York’s most iconic landmark buildings and proudly support truly worthy districts.

The passage of this legislation is a step in the right direction. It should help curtail the mis-use of the historic designation process by those who simply want to stop new development and the creation of new housing and jobs.

And it begins to restore the high standards that were originally envisioned when the Landmarks Law was adopted over 50 years ago.

In other REBNY News:
June 21 from 5:00 p.m. to 8 p.m. will be REBNY’s Annual Residential Brooklyn Cocktail Party. Join REBNY’s Residential Brooklyn Committee at Greenwood Park in Brooklyn to celebrate another successful year in residential real estate. The evening will include beer, wine, sangria, cocktails, and non-alcoholic beverages, along with hors d’oeuvres, music, and networking. Tickets for this REBNY member-exclusive event are $25 per person, and you can register and pay online at www.rebny.com.

REBNY’s next Residential Rental Clinic seminar will be on June 24 from 9:30 a.m. to 10:30 a.m. in the Mendik Education Center. Presented by Dan Marrello of Town Fifth Avenue and Gary Kiyan of Perfect RE Solutions, this interactive seminar will give REBNY members insightful tips and tricks to accelerating and expanding their practice, and also present the opportunity to network with others in the field. To register, contact Yesenia Dhanraj at YDhanraj@rebny.com.

REBNY’s Willis Captives & Risk Finance Discussion will be on June 28 from 3 p.m. to 6 p.m. in the Mendik Education Center. This session will contain a concise, logical, and objective overview of the issue of how captive insurance companies really work, what benefits they can deliver, and how they can be used effectively. It will also contrast the realistic opportunities of construction-focused captive programs with the issues and technical considerations that must be vetted before choosing the captive path. To register, visit www.rebny.com or contact Ossie Shemtov at OShemtov@rebny.com.